An oyster bar and a beer bar are opening up in Troy, an Albany coffee shop is expanding with a second location, and an Irish restaurant is coming to Crossgates – check out what’s new on the restaurant scene! 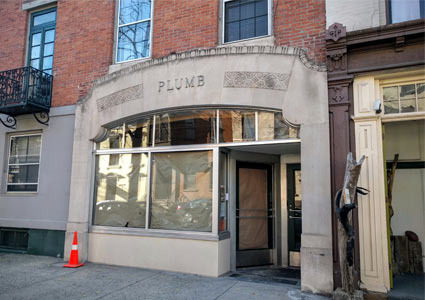 Plumb Oyster Bar is currently under construction in the historic Plumb building at 15 Second Street in Troy. The restaurant is planning to open around the holidays and will include two bars – one for oyster-shucking, and one for drinks. The hours will be 3pm to 11pm, Tuesday through Saturday.

A rotating menu will be featured with six different kinds of oysters each day. There will be a happy hour where customers can order five oysters with a glass of prosecco for $10, to encourage people to try different types of the shellfish. Oysters will be drawn from several different geographical areas.

Additional food items will be available for those who may not be so keen on oysters, including other seafood and non-seafood small plates. For instance, there will be a selection of grilled cheese sandwiches paired with different slaws.

“Not everybody likes oysters,” owner Heidi Knoblauch told The Troy Record, “but who doesn’t love a grilled cheese?”

Local resident Heidi Knoblauch, 30, is the force behind Plumb Oyster Bar. Interestingly, prior to deciding to open an oyster bar, Knoblauch had been immersed in academia – after graduating from Emma Willard School, she pursued a doctorate from Yale in the history of science and medicine; she’s also worked as a full-time faculty member at Bard College.

“What I loved about [academia] was talking to people,” Knoblauch told the Albany Business Review. “So for me, the oyster bar is all about the people. It’s all about creating a welcoming environment where people can come in and where they can have conversations.”

The enjoyment of working with people isn’t the only skill Knoblauch is carrying over from the academic world – being a history buff is also coming in quite handy. Knoblauch has researched her favorite food extensively, which will undoubtedly serve her well in this drastic career change.

“Oysters have a deep history,” she told The Troy Record. “Champagne and oysters were the pizza and beer of the 19th century.” Knoblauch also mentioned her love of figuring out problems when working in academia; getting into the oyster business has basically been a gigantic research problem she’s been excited to tackle.

By filling such a unique niche in the Albany area, Knoblauch’s oyster bar is sure to be a huge hit! 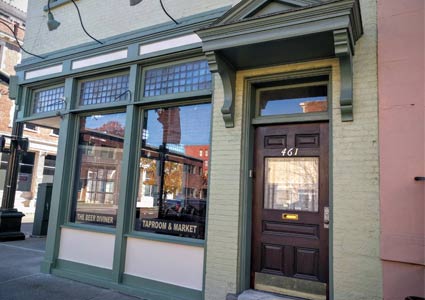 A small farm brewery and tasting room based in Petersburgh is about to make a home in the Collar City – they’re hosting the grand opening this Friday, November 18th, from 4pm to 10pm. The Beer Diviner will be located at 461 Broadway in Troy.

The brewery will be serving ale, beer, and gruit, and will also host weekly events like poetry readings and film screenings. The grand opening will include local and state officials, business leaders, and other supporters.

In order to receive a farm brewery license in New York State, the beer must be made primarily from locally grown farm products. The Beer Diviner has been named by Food & Wine as one of the nation’s top 50 nanobreweries; a nanobrewery is basically a scaled down microbrewery, that only produces beer in small batches.

Troy already has some great breweries like Rare Form Brewing Company and Brown’s Brewing Company – with this distinctive farm brewery coming in, we’ll have more chances than ever to try different kinds of locally made beer!

Stacks is opening its second location at 488 Broadway in Albany, with the grand opening set for this Thursday, November 17th – they’re offering free coffee all day long! There will also be free Nine Pin Cider and Cider Belly doughnuts during a latte art competition in the evening.

The coffee shop opened its first location on Lark Street in 2014; the new coffee shop will be twice the size of the first one. Stacks prides itself on highlighting different brewing methods and exploring various coffee beans and regions.

You’ll definitely want to check them out to experience the “pour over” method, which is now considered by many to be the best way to brew an individual cup of coffee.

Waxy’s is a small chain of Irish restaurants with traditional dishes like shepherds pie and bangers and mash. Currently, the chain has nine restaurants, five of which are in Massachusetts.

The newest location for Waxy’s will be in Crossgates Mall, expected to open in the spring.