Most would agree that smoking in the car with children is wrong, but is this an issue the government should be regulating? The City Council in Schenectady thinks so, having voted this month to approve an ordinance that forbids smoking in a vehicle where a child of 16 or younger is a passenger. 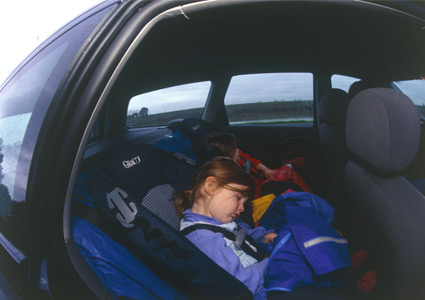 “As a government, we have a responsibility to protect those who can’t protect themselves,” Councilman John Polimeni told News10 ABC.

Polimeni is the councilman behind the ban which passed on December 12th by a 5 to 1 vote, with one person abstaining. Schenectady is the first city in New York State to adopt this ordinance.

Some have expressed concerns on this new rule: “It’s governmental overreach and it’s going to be almost impossible for them to enforce,” Christina Blot, a mom, told News10 ABC.

City Council President Leesa Perazzo, who cast the only vote against the ban, told the Times Union, “As a local law, I don’t think we can provide enough education to make it fair. If it were a state law or federal law, which I would absolutely be in support of, there would be education campaigns attached to it.”

According to Polimeni, the ordinance will be enforced in the same way the cell phone use in a car is. He understands the objections raised, but maintains that the need to protect children’s health is more important.

Although Schenectady is the first city to pass this specific ordinance, similar bans have been enacted elsewhere. Rockland County approved a measure in 2007 banning smoking in cars with children under the age of 18 present. Other states have enacted similar measures, like Virginia, which prohibits smoking in the car with children under the age of eight.

Therefore, while this is the first ban of smoking in cars with kids under 16 in our state, the idea of protecting children from second-hand smoke in vehicles is certainly not unheard of.

What do you think about the new ordinance?