It may still be five months away from baseball season, but it’s not too early to look forward to another summer at The Joe!

Many familiar faces will be back this year with the ‘Cats, and recently announced changes to the field staff should get fans excited for what promises to be a fantastic 2017 season. Find out how to book your season passes now and get to know the new manager, hitting and pitching coaches, and athletic trainer! 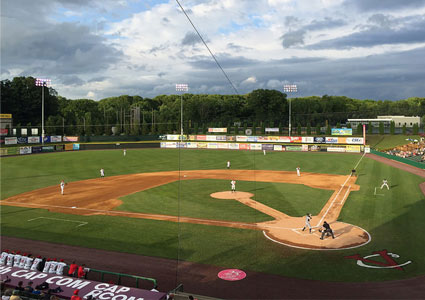 This will be Ensberg’s sixth season with the Astros organization and first season as manager. He first joined the ranks of professional coaches in 2013 as an infield coach at former Class-A Advanced Lancaster. During his time as coach he helped lead the club to an 82-58 record and both the first and second half South Division titles in the California League.

After leaving the major leagues, Ensberg returned to the University of Southern California to finish a degree in finance and serve as an undergraduate assistant coach for the school’s baseball team. In 2012, Ensberg moved on to be assistant coach at UC-San Diego before joining the Astros organization as a professional coach in 2013.

In addition to Ensberg’s new role as manager of the ValleyCats, the Astros announced that Bill Murphy will be joining the ‘Cats as the pitching coach following one season with rookie-level Greeneville. New hitting coach Jeremy Barnes and athletic trainer Daniel Cerquera will also being joining the ValleyCats squad this season.

Murphy joined the Astros organization last year after stints as a pitching coach at Brown University and co-manager and pitching coach for the Northwoods Collegiate League Battle Creek Bombers.

This will be Barnes’ first year with the Astros organization after four years in Canberra, Australia where he oversaw amateur baseball and coaching development in the Australian Capital Territory for the Canberra Cavalry.

Don’t forget to mark your calendars for the ‘Cats home-opener!

The ‘Cats return for the 2017 home season on Wednesday, June 21. Season tickets, mini plans, and flex vouchers for the ValleyCats 2017 All-Star Season are currently available for purchase online or by calling 518-629-CATS.

Learn more about the ‘Cats!