The recent threats against the Jewish community across the nation have unfortunately also occurred right here in Albany. Governor Andrew Cuomo recently visited the Albany Jewish Community Center to talk about what has been happening and to unveil his plan for combatting these threats in our state. 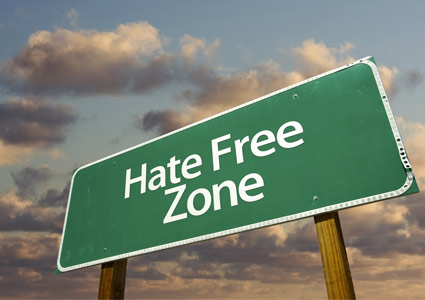 Bomb threats and threats of violence against Jewish community centers and synagogues have been prevelant for the past three months all across the country. In New York State, threats have been made recently in Syracuse, near Rochester, and close to home at the local Albany Jewish Community Center; the Albany JCC received two fake bomb threats in January.

Fortunately, at least one arrest has already been made in connection to the national issues: Federal officials have arrested 31-year-old Juan Thompson in St. Louis in connection to at least eight of the threats across the country. While he is not specifically connected to the threats that have happened in Albany, the arrest is uplifting for the local community.

The threats against the Albany JCC are still being investigated.

Cuomo recently visited the Albany JCC to assure the community that the hatred and threats will not be tolerated.

Furthermore, Cuomo has announced a special unit within the police to investigate bomb threats, violence, and other acts of hatred against Jewish community centers. In addition to creating this unit Cuomo is proposing a $25 million budget to bump up security at targeted locations.

The governor has emphasized that these Jewish community centers that are being targeted offer daycare and pre-k services; in other words, these threats are being made against our children.

Senator Chuck Schumer is also demanding that something be changed in order to protect our communities. Schumer is asking the FCC to grant a waiver to these targeted locations to work with the police on caller ID information.

Schumer criticized President Trump for his delay in addressing these important issues. President Trump did state that the country is united against hate during his Joint Address on Tuesday, February 28th, but these threats have been happening since January.

“I was glad he denounced it but he ought not to wait so long next time it happens,” Schumer told News10 ABC. “He ought to denounce it immediately.”

Others are stepping up as well: all 100 US senators have called on the Trump administration to step up security at Jewish community centers, synagogues, and day schools.

This new investigative unit Cuomo is creating is not the first time the governor has taken action against hate crimes. Late last year, Cuomo launched a three-part action plan to combat hate crimes in the state, which included a new unit to state police to investigate these sort of crimes, and a hotline to report the crimes. Recently, Cuomo has added text message capabilities to this hotline.

The fact that Cuomo had already initiated an investigative unit for hate crimes, but still felt the need to add another unit specifically for Jewish hate crimes, speaks to how serious the situation is.

If you have any information on who is responsible for the bomb threats and threats of violence against the Jewish community the state is offering a $5,000 reward for the arrest and conviction of any hate crime.