Howe Caverns is about to celebrate the anniversary of Lester Howe’s incredible discovery: on May 22, 1842, Howe accidentally stumbled upon a secret, living, limestone cavern. Today, Howe Caverns remains the largest cave open to the public in the Northeast, and they’re honoring this milestone with an awesome deal you can take advantage of. 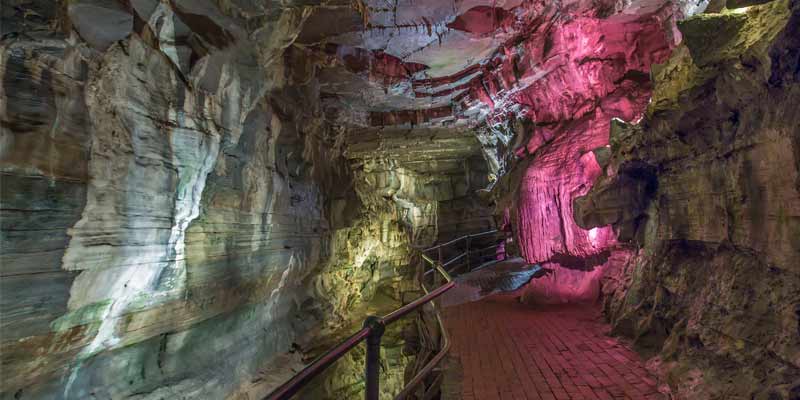 On Monday, May 22nd, the first 175 pairs of adult admission tickets to the Traditional Tour of the caverns are buy-one-get-one-free. This deal is only available for one day, and you can buy tickets by calling Howe Caverns at 518.296.8900.

Experience what it’s like to go caving without needing fancy equipment or undergoing extensive training. You’ll step into an elevator that takes you 156 feet below the Earth’s surface, where a tour guide will bring you through the caverns, explaining all about the magnificent limestone and geology of the area.

Howe Caverns is located in Howes Cave, a little less than an hour from Albany. The caves are always a cool 52 degrees, so while it may be hot outside, make sure to bring a sweater or light jacket with you!

Also in honor of the 175th anniversary Howe Caverns is launching a new website, which will go live on May 22nd. The new site promises to be more user-friendly and mobile-friendly than the previous site. Visitors to the site will be able to check out historical and educational information and easily scan the many ways you can experience Howe Caverns and the different packages available. The new site will be found at howecaverns.com.

On that day back in 1842 farmer Lester Howe noticed that his cow, Millicent, frequently hung out on a particular spot of land in the pasture where the cows grazed. But, it wasn’t in the shade making it an odd choice of a place to linger.

Upon investigation, Howe found that the temperature was actually cooler in this area – Millicent and her cow friends had been gathering near the entrance to a cave, where cool air was blowing up from below. Howe had heard rumors about a mysterious “Blowing Rock” in the area – a strange rock formation that blew cool hair even on hot days. This was it!

Howe Caverns was officially discovered, and tours of the caves began in 1929. In the many years since then, the exceptional tourist destination has grown bigger and better, adding more activities and tours.

*An H2OGO Ball is a 12-foot inflatable ball with 5 gallons of water and one participant inside. They roll downhill for a little over 1,100 feet during a wet and crazy water ride!

“Lester’s discovery was quite remarkable, and the fact that after 175 years the caverns continue to enthrall visitors of all ages with adventure and discovery, is a testament to how special the awe and mystery of natural beauty can be,” Anne-Marie Galasso, Howe Caverns General Manager, said in a statement.

Check out other attractions in the Albany area >>