Editor’s Note (7/5/2017): The Jumpin’ Jacks fireworks display has been cancelled for 2017, after its original postponement.

Fourth of July festivities start this weekend! Head to the Red, White and Brew Festival happening at Proctors, check out local fireworks , and discover where the best live music is going on. 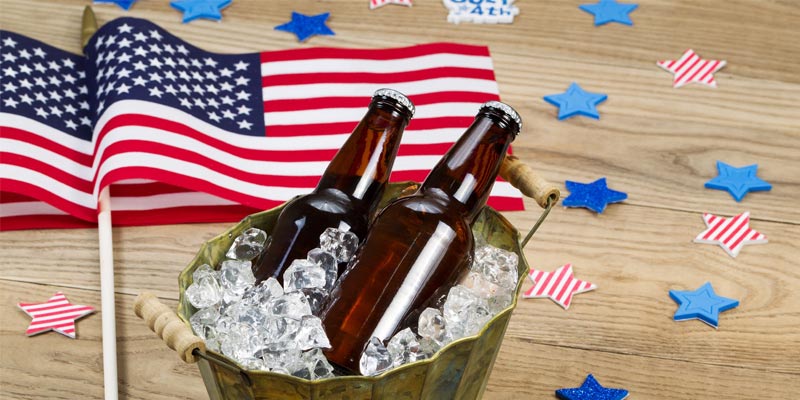 Get Ready for the 4th of July

The Jumpin’ Jacks fireworks display has been cancelled for 2017, after its original postponement.

If you didn’t know, the Albany Symphony is offering free concerts across the Erie Canal this summer in celebration of the canal’s 200th anniversary. You can catch them at the Corning Preserve on Sunday, and they’ll also be at the Mabee Farm Historic Site in Schenectady on Monday.

If you enjoy classical music, you might want to check out Maria Z & Alegria who are performing as part of the Freedom Park Summer Concert Series in Scotia – they play flamenco-inspired classical tunes.

You can see the Holly & Evan Band for free at On Tap Restaurant & Bar at the Holiday Inn in Latham. This group plays “blues-based alternative rock tinged with jazz and soul.”

Enjoy folk music that will get your feet moving with Upstate Rubdown at Wolf Hollow Brewing in Glenville. There’s a $10 cover charge.

Immerse Yourself in Arts & Culture

It’s the last Friday of the month, and you know what that means! Troy Night Out is back, and the theme this month is Celebrating Culture, Diversity & Inclusion in Troy. Come out to see what downtown Troy has to offer as you enjoy live music, shopping at boutiques, and art events.

Get a Workout With Free Outdoor Yoga

Free Fitness in the Park

Heartspace Yoga & Healing Arts is going to be offering a free, family-friendly class on Sundays in Riverfront Park in Troy. Get your yoga on in a beautiful park by the water!

Take a Trip to an Awesome Festival

The epic Sterling Renaissance Festival is this weekend in Sterling, a little less than three hours from Albany as you drive past Syracuse. If you’re up for a day trip or happen to be in that area it will be worth your while! There will be over 100 stage and street performers, professional actors, comedians, musicians, and more recreating an authentic English Renaissance village.

Find even more events at the full events calendar >>

Get a weekend away – check out lodging in Albany >>