The best and brightest stars of the New York-Penn League will gather on Tuesday, August 15 for the 2017 NY-Penn League All-Star Game, and everyone is joining in on the action! The Tri-City ValleyCats recently announced that this year’s festivities will include appearances by the acclaimed Eli Young Band and Red Sox great Jim Rice. 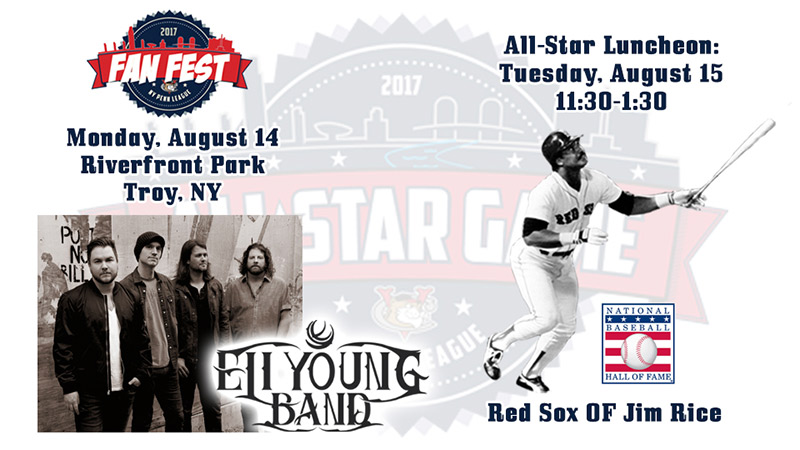 National award-winning country group, the Eli Young Band will headline a free concert at Riverfront Park in Troy on Monday, August 14 during the All-Star Fan Fest, thanks to the ValleyCats and 107.7 WGNA.

The group’s hit singles “Crazy Girl” and “Even if it Breaks Your Heart” have been awarded Billboard’s #1 Country Song of the Year and ACM Song of the Year. The band has also garnered numerous Grammy, CMA, and CMT nominations, and Teen Choice Awards. You may have caught one of their performances on NBC’s TODAY, Conan, Late Show with David Letterman, The Tonight Show with Jay Leno, Late Night with Jimmy Fallon, Jimmy Kimmel Live! and Fox & Friends. After enjoying the free concert, you’ll want to be the next up to bat to purchase Eli Young Band’s latest studio album, “Fingerprints”!

The All-Star Luncheon, in collaboration with the Capital Region Chamber, hit it out of the park with this year’s special guest speaker: Hall of Famer Jim Rice. The luncheon will be held at the Desmond Hotel & Conference Center from 11:30 am – 1:30 pm. Tickets are $45 for chamber members and $60 for non-members. Step up to bat and get your tickets now!

Rice is the only player in major league history to record over 200 hits while hitting 39 or more home runs for three consecutive seasons. His best season came in 1978, when he was named the AL’s Most Valuable Player, and was later inducted into the National Baseball Hall of Fame in 2009.

More about the All-Star Game 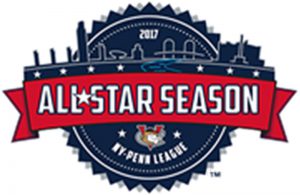 The New York-Penn League All-Star Game last took place at Troy’s Joseph L. Bruno Stadium in 2008. Hosted by the Tri-City ValleyCats, the All-Stars are back in the area for this year’s game on Tuesday, August 15. The gates open at 4 pm for pre-game festivities including an autograph session with the players and the Slidin’ Dirty Home Run Derby competition, with the first pitch set for 7 pm. Stick around after the game for fireworks!

In 2017, the New York-Penn League will celebrate its 79th season, making it the oldest continually operated Class A league in Minor League Baseball.

All-Star Game tickets start at $10 for grandstand, $13 for reserved box, and $15 for premium, with special rates for groups of 20 or more. Buy yours before they’re going, going, gone!

Loving the live music? Find more around the Albany region>>

Feeling inspired by the all-star game? Try some fitness activities for yourself>>