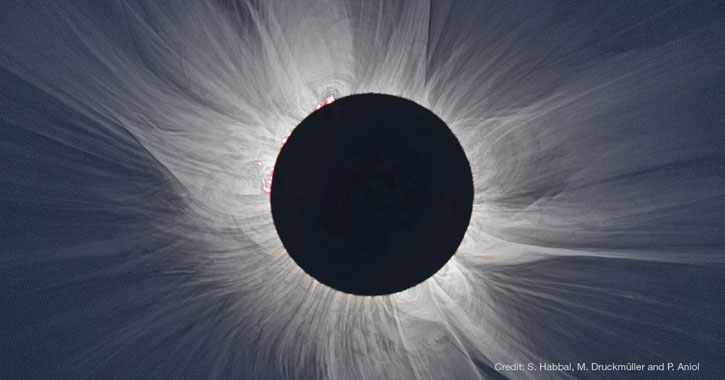 By now you’ve probably heard about the upcoming total solar eclipse, but how much do you know about it? A total solar eclipse is one of nature’s most breathtaking sights because the moon fully blocks the sun from view here on Earth. It happens during the New Moon phase, and the last time the U.S. saw one was in 1979!

When the great total solar eclipse begins on Monday, August 21st, it will travel from west to east across the U.S., from Oregon to South Carolina. The total eclipse will be visible within the path of totality, the eclipse’s 70-mile wide path across 14 states. Elsewhere, observers will see the partial eclipse during a specific period of time.

Everyone in North America will be able to see the partial solar eclipse, when the moon blocks part, but not all, of the sun. Regions closer to the path of totality will see a greater portion of the sun blocked.

When the eclipse makes its way to the Eastern U.S. and the Capital Region, a significant section of the sun will be blocked by the moon. According to NASA’s 2017 Eclipse website and map, about 65% of the sun will be obscured in the City of Albany.

Although it may be tempting to look at the partial solar eclipse directly, it is actually very harmful to your eyes. Everyday sunglasses and homemade filters won’t be strong enough to protect your eyes from the sun.

Instead, you’ll want to use special eclipse glasses, available online, or create a pinhole projector to see the eclipse’s projection on a surface.

Best Places To See The Eclipse

Although observers will be able to see the partial solar eclipse anywhere with a view of the sky, there are some ideal locations you may want to travel to in and around the Capital Region for the celestial event.

At each of these locations, the partial eclipse will begin around 1:20pm. For specifics, you can check out NASA’s interactive eclipse map.

Where will you watch the partial solar eclipse?

Visit a local museum in the Albany area >>