Fall is such a great time of year in the Albany area – apple picking, foliage, and festivals nearly every weekend. See what’s coming up this weekend with the Capital Region Apple & Wine Festival, the Irish 2000 Festival, and more. 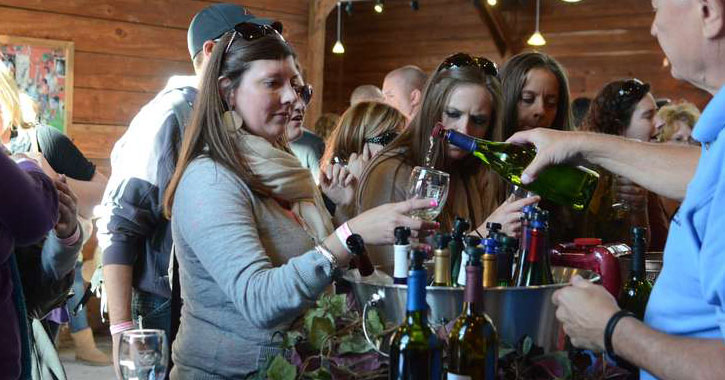 The Capital Region Apple & Wine Festival is celebrating its 25th anniversary this year! Happening at the Altamont Fairgrounds, you can find apple treats, a wine tasting, a juried art and craft show, a car show, and kids activities at this popular festival. Tickets are $8, with kids under 15 free.

Rock out to Celtic punk and traditional Irish music at the Irish 2000 Festival at the Saratoga County Fairgrounds in Ballston Spa. There’s a huge lineup of great artists to see, and rides, games, and more fun for kids. Tickets are $16 in advance, $20 at the gate, and kids 12 and under are free.

You can see a number of great bands for free at the annual Pearl Palooza. And, for the first time ever this year, Pearl Palooza is being kicked off by #YogaPalooza: at 11am North Pearl Street will be filled with yogis of all experience levels, ready for a 60-minute yoga session.

This weekend Troy will transform into another world, one that pays homage to the Victorian era with elements of technology and science fiction. There are a number of events going on, including the Bewitching Ball Gala, the Chamberlain’s Inventors’ Challenge, and more.

For the Craft Beer Enthusiasts

Troy on Tap is back! Over 120 craft beers from some of our country’s best breweries will be available for sampling, along with live music, delicious food, and great vendors. Standard admission is $40 if you buy in advance before September 15th, and $45 at the door.

Check Out a New Concert Series

Jammin’ on Jay Concert Series: Up All Night

The dynamic cover band Up All Night will be performing at Jammin’ on Jay, a new free live music series happening in the Jay Street Marketplace in Schenectady.

Movies for the Kids

If you’re looking to keep the kids busy this weekend or do something low key both of these movie choices are excellent for both kids and adults!

Free Movies Under the Stars: The Secret Life of Pets

The last Free Movies Under the Stars movie is The Secret Life of Pets, and it’s happening on Friday at the Sage College of Albany. Enjoy live music from Rare Vox before the movie starts. The Secret Life of Pets features a spoiled terrier (voiced by comedian Louis C.K.) who has a comfortable life in New York City until his owner adopts a second dog.

Matilda at The Madison Theater

You’ll have numerous chances to catch the film adaptation of Roald Dahl’s fantastic book, Matilda, at The Madison Theater this weekend for just $5. This 1995 movie starring Mara Wilson details the life of a young, gifted girl who has to deal with crude parents and a bullying school principal while grappling with her telekinesis.