Have you tried 5 Wits yet in Crossgates Mall? Escape rooms are becoming more popular for weekend pastimes, group outings, and team building activities and we now know for sure that 5 Wits is among the best of the best. 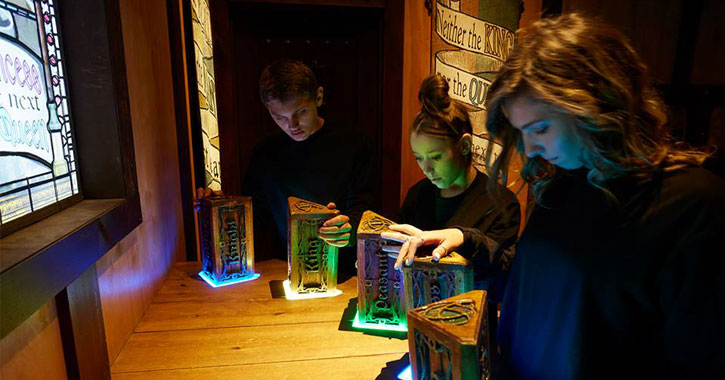 5 Wits was recently voted one of the top five escape rooms in the United States by a reader survey conducted by USA Today. The escape rooms to be voted upon were initially selected by a panel of experts, and then the winners were chosen by popular vote. 5 Wits came in fourth place.

At 5 Wits Albany, you can choose from three different adventures to try your hand at: Drago’s Castle, where you help the lost Drago the Dragon return to his storybook, Tomb, where you act as an archaeologist taking on the ancient Pharaoh’s challenging puzzles, and Deep Space, where you’re tasked with saving the entire world.

Each adventure has several different possible endings, depending on the team’s performance, which makes for a completely unique experience every time you go.