If you’ve ever been to a Tri-City ValleyCats came at “The Joe,” you know just how popular the minor league baseball team is in our area. The seats are filled, the crowd is pumped, and there is always a special event going on. Now, the ValleyCats have officially been recognized as a team the Albany area is proud to support. 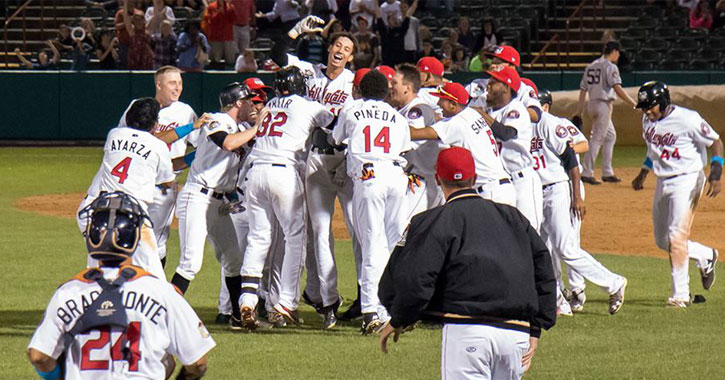 The ValleyCats were recently honored with the Home Field Advantage Award from Esurance and Minor League Baseball. This award acknowledges communities that best supported their hometown team during the 2017 season.

The Joseph L. Bruno Stadium welcomed over 163,000 fans this year, averaging 4,089 fans per game; the stadium has a capacity of 4,500. The ValleyCats had the highest percentage of attendance based on ballpark capacity of the 14 teams in the New York-Penn League.

Part of what makes the ValleyCats games so much fun is that there is always some sort of special happening going on: Education Day, Wrestling Under the Stars, Father’s Day 5K, and more special events, including several for charity, took place during the 2017 season.

“We are proud to be a recipient of this year’s Esurance Home Field Advantage Award, and couldn’t have done it without the support of all our wonderful fans,” Matt Callahan, ValleyCats General Manager, said in a statement. “We can’t thank them enough for coming out each and every night to support the team, and making ‘The Joe’ a great place to see a game.”

The ValleyCats, along with co-winner Hudson Valley Renegades, will be traveling to the Baseball Winter Meetings in Orlando, Florida this December to be officially recognized.

The schedule for the 2018 season is expected to be released soon, and season tickets are on sale now at tcvalleycats.com.

Find out more about the ValleyCats >>