The fate of arena sports at the Times Union Center was uncertain when the Albany Devils of the AHL left at the end of the 2017 season, but 2018 is shaping up to be a great year for sports fans in the Capital Region. The Arena Football League is returning to the Times Union Center for the 2018 season. There are presently five teams in the league, but the 2018 season may see additional teams enter the league in addition to Albany. 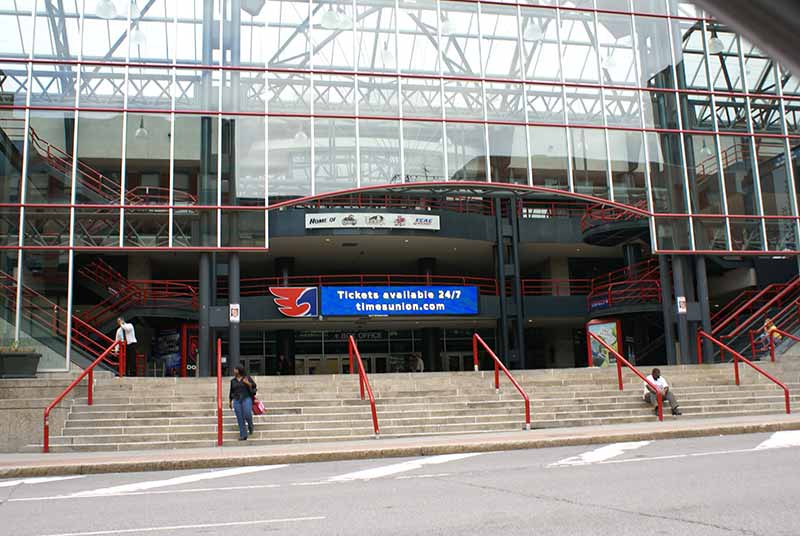 Albany first saw arena football in 1990 with the formation of the Albany Firebirds. The Firebirds went on to play ten seasons at the Times Union Center (previously known as Knickerbocker Arena and later, Pepsi Arena). During their tenure, the team took home an ArenaBowl championship and multiple division titles. The team moved to Indianapolis in 2001, leaving Albany without a team for the season.

After one season without a team, Albany was granted an expansion team, the Albany Conquest. The Conquest went on to play at the Times Union Center for eight seasons. In their final season the team’s name was changed back to the Albany Firebirds. A decline in game attendance led to the team being disbanded in 2010.

You have a chance to name the team! There is a contest open to the public to suggest names for the team. Submit your ideas on the Albany AFL website. The winner will not only earn bragging rights but will also receive two season tickets and team swag.

Season tickets are on sale now at AlbanyAFL.com and range from $143 to $935. Individual game tickets are not yet available.

Other Teams Returning For 2018

The Albany Patroons basketball team announced their return for the 2018 season back in August. They will be playing as part of the North American Premier Basketball League. Talks are also in progress to revive the area’s National Lacrosse League team.