Have you attended one of the many free summer concert series in the Albany area yet? Alive at Five happens on Thursdays, and Rockin’ on the River on Wednesdays, but see where you can find more free live music – and other exciting happenings – throughout the weekend. 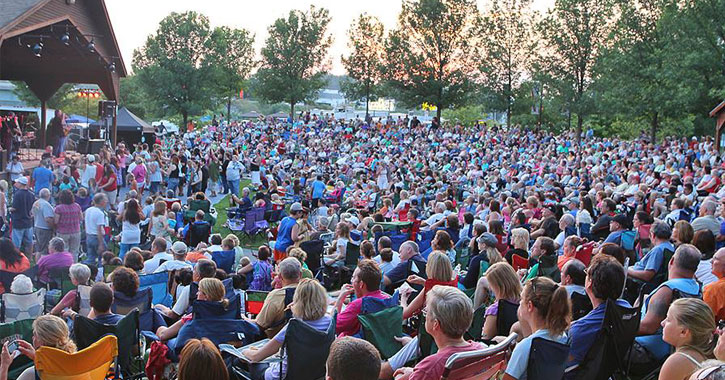 You can see the renowned Alex Torres & His Latin Orchestra perform at the Freedom Park Summer Concert Series in Scotia. They’re a 12-piece orchestra that has performed at hundreds of festivals, performing arts centers, and events.

The Lustre Kings will be performing in Freedom Park as part of the free summer concert series. The Lustre Kings have performed at festivals, casinos, and nightlife spots.

The Powers Park Concert Series takes place at Powers Park in Troy, and this Saturday you can look forward to Soul Sky, a “bluesy, jammy, rock band.”

Head to Rivers Casino & Resort, where Pure Prarie League will be performing as part of their free concert series. They perform country rock.

You can check out a Mopar and Jeep Show at Goldstein Chrysler Jeep Dodge Ram in Latham. They’ll be awarding trophies and there will be a DJ. Register a car for $15, or spectators are free.

See the Tri-City ValleyCats face off against the Vermont Lake Monsters at the Joseph L. Bruno Stadium in Troy. There will be a mystery promotion this night!

Tri-City ValleyCats VS Aberdeen Ironbirds: Around the World in Nine Innings

The ValleyCats will play against the Aberdeen Ironbirds. Attendees can enjoy food specials from nine different countries.

The Albany Dutchmen will be playing against the Oneonta Outlaws at Siena College in Loudonville.

See the Albany Dutchmen face off against the Amsterdam Mohawks.

Come out to watch the Empire take on the Soul at the Times Union Center – this is the last home game before playoffs begin. Tickets start at $15.

If you’re up for a road trip, or  will happen to be out near Syracuse over the next several weekends, this major festival is starting this weekend and going through August:

The Sterling Renaissance Festival is one of the oldest and most successful producers of interactive entertainment on the planet. This festival is going on Saturdays and Sundays starting this weekend and going through August 19th. Sterling is about 2 hours and 45 minutes from Albany.

Discover even more events taking place on the events calendar >>