Wine and craft beer tastings, live music, and more – it’s all happening in and around Albany this weekend! Check out what’s going on right here in the Capital Region, or take a short drive to find additional thrilling events taking place close by. 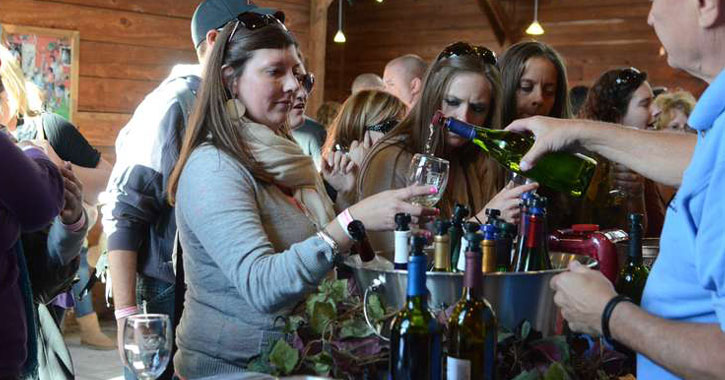 Happening once again at the Altamont Fairgrounds is the Capital Region Apple & Wine Festival! This is the only festival in the area that combines apples and wine for the ultimate fall event. There will be apple treats, wine tastings, cooking demonstrations, a juried arts and crafts show, and plenty of fun for kids.

Pearl Palooza is a music festival that is happening on Pearl Street and nearby. There’s a great lineup of bands performing, a cornhole tournament, and more, including Yoga Palooza. Yoga Palooza is basically a free hour-long yoga session before the festival officially begins.

Listen to traditional Irish music, Celtic punk, and more at the Irish 2000 Festival in Ballston Spa. A total of 17 bands are performing throughout the day. Tickets are $16 in advance or $20 at the gate.

The Enchanted City, also known as the Steampunk Festival, happens each year in Troy. This is a really unique event surrounding a theme of a futuristic past, and this year, a major steampunk band is performing at the Troy Savings Bank Music Hall.

Embark on a self-guided tour of Clifton Park area farms with the family. Activities will include riding horses, picking apples, and more fall-centric fun.

Troy on Tap returns, and you can expect over 130 different styles of beer from more than 65 of the best breweries in the entire country. General admission tickets are $40 in advance or $45 at the door and get you three hours of beer sampling.

The Downtown Troy Business Improvement District is hosting a city-wide Restaurant & Craft Beer Week. Participating restaurants are offering $5, $10, $20, and $30 deals, and other discounts and specials will be going on.

Go Beyond Albany for More Fun

A major music festival is taking place at Basilica Hudson which will include more than just musical performances – there will be author readings, on-site activities, local vendors, and more. Hudson is about 45 minutes south of Albany.

Another massive music festival is going on: Flogging Molly, along with dozens of other bands, will be performing at Mass MoCA all weekend long. Check out the schedule and make your way over to North Adams, Massachusetts, about one hour and 10 minutes from Albany.

Arts, crafts, craft beer, delicious food, and live music are all happening on the Main Street in Catskill, 45 minutes from Albany.