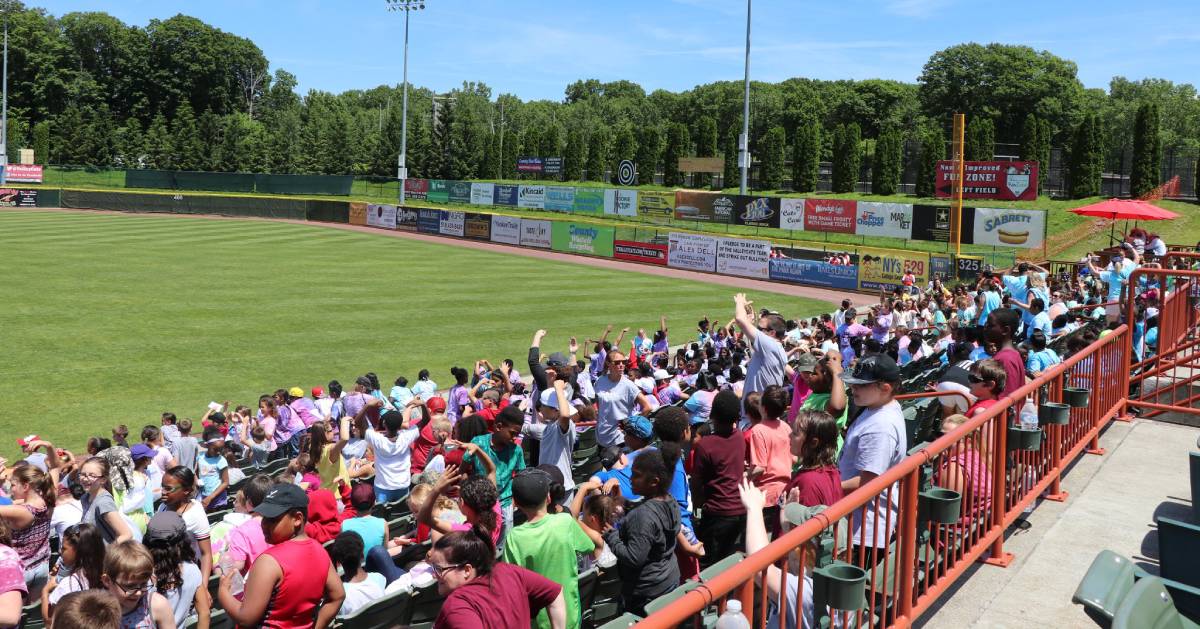 The ValleyCats team up with Carter’s Crew for Autism Awareness Night as they host the Aberdeen Ironbirds on Dollar Dog Night. Carter’s Crew, an organization dedicated to supporting the autism community, will help the ValleyCats turn The Joe into a sensory-friendly environment for the game.

“We are very happy to have the chance to partner with such a meaningful organization in Carter’s Crew,” Assistant General Manager Michelle Skinner said in a statement. “They do a fantastic job of providing support to those affected by autism, and we couldn’t be more excited to offer our support by educating ValleyCats fans and providing sensory outlets at the ballpark.”

However, this event isn’t a one-night only affair – activities will continue throughout the season to raise awareness for autism.

A sensory pathnext to the Fun Zone on the third base side of the concourse can be used for the rest of the season. Those on the spectrum and younger kids can use this unique path that will be the first of its kind in a local arena.

The ValleyCats will also feature a scavenger hunt in their Homeplate Central News Publication where kids can search for hidden clues in stickers and around the ballpark to win prizes. In addition, guests at The Joe can pick up ear plugs at the fan relations booth at all games.

Read more on the ValleyCats and see the 2019 schedule >>