The Capital Region is home to many local heroes who have gone above and beyond to improve our community and make it the best place to live. To celebrate all of their hard work, the Tri-City ValleyCats have partnered with American National Insurance Company to present Heroes Night at the Joseph L. Bruno Stadium in Troy on Wednesday, July 22, 2020. 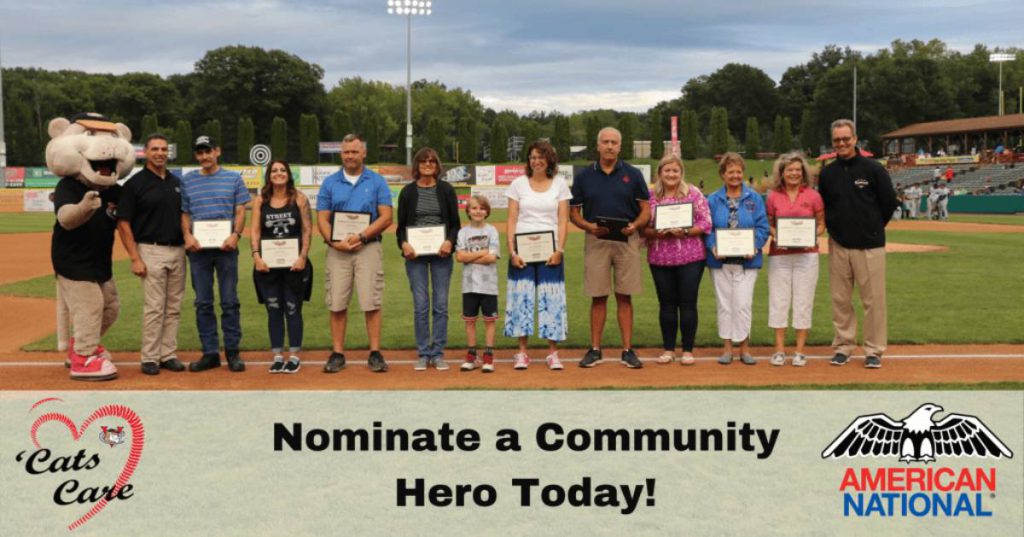 A Night to Honor Community Heroes

On Heroes Night, the Tri-City ValleyCats will recognize nine local heroes during a special on-field ceremony prior to the team’s game against the Mahoning Valley Scrappers. These heroes will be named the “Home Run Community Heroes Starting Nine,” and they will be chosen through an online fan nomination process. American National Insurance will treat each recipient to a luxury suite at the stadium, with complimentary food and beverage.

“In light of these unprecedented events and challenging times, we feel that it’s more important than ever to showcase and celebrate the efforts of people making a positive impact in the Capital Region community,” Matt Callahan, ValleyCats General Manager, said in a press release.

You can nominate a hero today by filling out the form located on the Tri-City ValleyCats’ website. The deadline for submissions is Monday, June 22. If the game during Heroes Night is delayed or postponed, the “Home Run Community Heroes Starting Nine” will be recognized at a later game, or during the 2021 season.

Fill out the nomination form here >>