Proposed changes to the city of Albany’s zoning laws could bring an annual fee of $300 – $900 to coffee shops, restaurants, bars, and other venues that host live, amplified entertainment. This includes everything from live music and open-mic nights, to comedy shows and trivia games.

Opponents of the bill have started an online petition, which currently has more than 1,600 signatures. The bill’s opponents include musicians, performers, and business owners, who all agree that this will be a big step in the wrong direction for the local live entertainment scene. 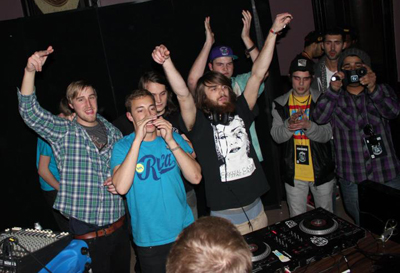 I have signed the petition, and hope that most of you will too. With enough signatures, the Common Council will have to rethink the bill that goes up for debate on February 15th.

“Live music and entertainment are integral to a thriving city. Countless independent musicians, comedians, poets, and karaoke and trivia hosts depend on a vibrant nightlife scene in the region for their livelihood and means of artistic expression. Small venues such as coffeeshops that host open mics and performances by local musicians play an important role in the local music scene. We fear that the already limited opportunities for performers in Albany will only diminish if the Albany Common Council adopts this proposal.”

An annual expense for any business looking to offer their patrons some live entertainment is another obstacle for venues that may already be struggling. This added expense threatens not only the local businesses that thrive off of live entertainment, but the entertainers and the dedicated fans that travel to Albany as well.

I spoke with a few members of $weatpant$ Money about the proposed bill. For those of you that don’t know, $weatpant$ Money is a local group of guys that produce electronic dance music (EDM), and have performed at the Washington Ave Armory, Fuze Box, Red Square, Jillian’s, Valentine’s, Legends, and Zee’s Bar in Cohoes.

They all agree that nobody will benefit from this tax:

“Fans of EDM and Hardcore music will be faced to pay heightened cover fees, which is already an uphill battle for promoters that are afraid to go above the universally accepted five dollar cover for local talent in fear of an empty room. The issue of heightened covers will in turn cause these patrons to cut back on their alcohol purchasing and the tipping of bartenders and waitresses.”

So if the tax doesn’t benefit the artists or the venues, it must benefit the city right? Not in the opinion of many opponents, including $weatpant$ Money:

“The current economic state has already forced some music lovers to shy away from the pricier, big name concerts due to exorbitant ticket price, making small venues their only outlet. Albany’s new-found ‘hub’ status will be jeopardized, as fans will stop traveling to the city and pouring their dollars into the local economy. There is a direct correlation between the ability to host big events at the Armory, and the success of the smaller events in the downtime between those bigger shows. If the small shows aren’t successful, the big shows don’t happen.”

When the President of the Albany Common Council, Carolyn McLaughlin was asked if this new tax is just another way for the city of Albany to generate revenue, she responded, “It is certainly not about the money at all.”

Which brings up the next question, “Who does this really benefit?”

While you’re at it, why not attend the Common Council planning committee meeting on February 15th at 5:00 pm at City Hall (24 Eagle Street, 2nd Floor)? The meeting will be open to the public, and will have a public comment period. Go say what you have to say, and stand up for your local music scene.