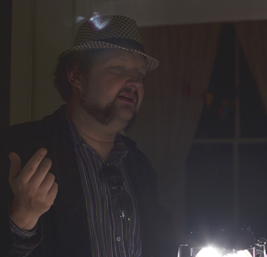 A new horror anthology is premiering at the Madison Theater in time for Halloween. Creeping Crawling is a three story anthology created by director Jon Russel Cring and will be showing from October 26, through November 1. His three story anthology will make you itch, squirm, and scream while you sit on the edge of your seat. Creeping Crawling is the type of movie that will make you check your bed twice for bed bugs.

While I was asking Cring a few questions, it was obvious he was very excited about his horror anthology and other future projects.