For those who love pint-sized soul food with a gourmet twist, Slidin’ Dirty Food Truck is set to open their first permanent building
location in Troy! 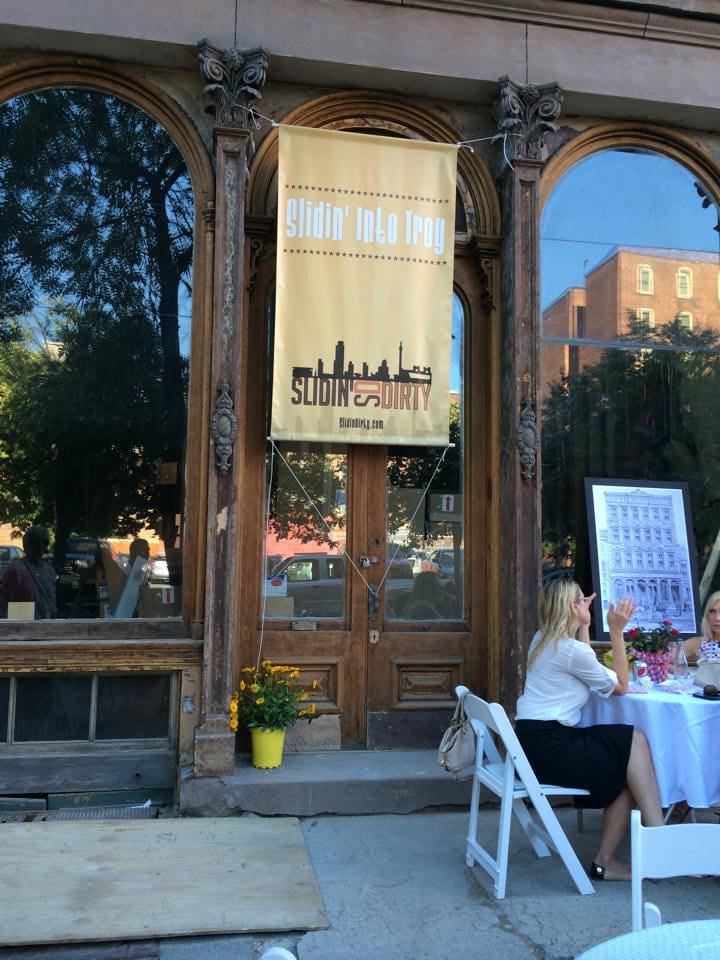 Since 2012, Slidin’ Dirty has added a dash of sophistication to the food truck frenzy in the Capital Region, and this fall they will open a storefront location on 9 First Street in Troy, just steps away from Riverfront Park, Monument Square and Russell Sage College. They
are excited to be a part of Downtown Troy’s revitalization.

Slidin’ Dirty has gained quite a loyal following, known for their unique spin on sliders and mini sandwiches with a variety of gourmet options — a little something for everyone!

In summer 2013, they cooked the The Dirty Ninja (one of their most popular sliders) when featured on Truckin’ Amazing Cook-Off, sponsored by the daytime talk
show Live with Kelly & Michael.

In addition to their television fame, festival appearances, curb-side meals,
and soon-to-be restaurant, Slidin’ Dirty caters weddings and other various
events. Their business is still growing, and we’re excited to celebrate this milestone with them.

They are one of the most popular food trucks in the Capital Region, so we can only expect the same support for their new location on First Street. They don’t have an exact date but plan to be up and running before the year’s end. Will you be stopping by when their storefront location opens?