The Rivers Casino & Resort, better known as the ‘Schenectady Casino’ stirred up quite the controversy earlier this month when the newest rendering of the building was made public. The updated design is a stark contrast to the image originally presented in the proposal.

A vocal majority had much to say about the look and feel of the new casino. In response, Rush Street Gaming CEO Greg Carlin told the Albany Business Review, he is open to the idea of tweaking the design to gain a more positive response from the public. 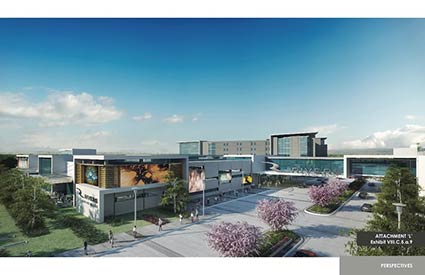 Original rendering that was in the proposal
Over the past few months, I’ve observed that people have very strong opinions when it comes to the casino: they either love the idea of a casino in Schenectady, or they hate it. However, those who loved the idea when it was originally proposed may have changed their mind after reviewing the newest design plans that were recently released at the beginning of June.

The sleek, modern, mostly glass model that was first presented somehow transformed into a completely new look that is predominately brick. While it’s not surprising that plans can change slightly, the newly presented designs are a far cry from the original idea. 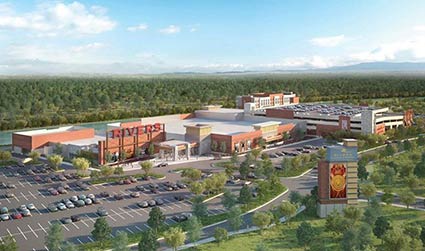 Current renderings as released to the press on June 4th.

According to the Albany Business Review, Greg Carlin, CEO of Rush Street Gaming was “caught off guard” by the public’s reaction to the new design, as the reason it had changed so drastically was to blend the casino in better with Schenectady’s surrounding architecture. Due to the high volume of complaints by those in the area, however, they may consider implementing some changes.

Carlin also stated to the Albany Business Review, “We could make the decision to change the exterior facade. It’s not a huge deal from an architectural design standpoint to do that. It’s certainly a possibility and we’re here to listen to what people have to say.”

While the design has certainly shifted, what’s going on inside has not. The casino property will still house 1,150 slot machines, 66 gaming tables, a high-end steakhouse, a marketplace, entertainment lounge, banquet facility and a spa.

We are looking forward to seeing what changes are made to the casino’s design, and if those changes gain a more positive response from Capitol Region residents. What do you think about the major shift in design plans for Rivers Casino & Resort?