A lot has been happening in the Capital Region’s food world! From new eateries opening to sudden closures, we’ve rounded up some of the latest happenings that have caught our eye. Take a look: 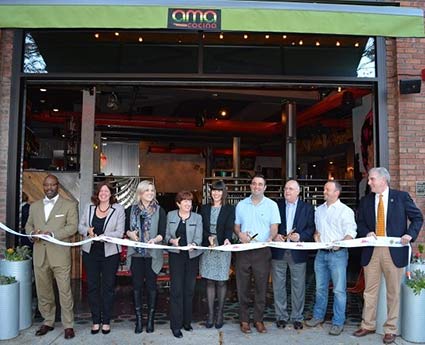 Napoli Don, a new Italian restaurant that will feature wood-fired pizza on its menu, is slated to open in December on Central Avenue in Colonie. Have any professional cooking experience? The eatery is looking to fill both executive and sous chef positions.

A new restaurant just opened up in Schaghticoke! Prospectors Restaurant will be managed by Chris Holmes, who has nearly 25 years of experience managing other Capital Region restaurants such s Smokey Bones and The Pasta Factory. The menu features classics such as burgers, wings and delicious sandwiches.

The City of Albany and the Downtown Alband BID held a grand opening and a ribbon cutting for BM&T Restaurant Group’s newest venture, Ama Cocina, on November 2nd. BM&T also owns The Point, Cafe Madison, Juniors and The Beer Belly, among others. Ama Cocina is their eighth Capital Region eatery and the first within the Downtown Albany BID footprint.

Third Smashburger In The Works

The Capital Region’s third Smashburger location is being developed on Nott Street in Niskayuna. No word on the exact open date, but a sign in the window says it’s coming soon!

Dinosaur Bar-B-Que at The TU

The Times Union recently welcomed a new food vendor. Dinosaur Bar-B-Que has become a permanent food concession stand at the venue. The stand on the arena concourse will be open for all sports and entertainment events and the food will be cooked on site. Expect to see favorites such as the Pulled Pork Sandwich and the Sliced BBQ Brisket Sandwich.

The Collar City Bombers location closed suddenly on Sunday. The closure is expected to be temporary as its franchisees have exited and principal owner, Matt Baumgartner and his business partner are waiting on their permits to come through before they reopen the establishment.

South End Children’s Cafe recently opened in Albany and is not your average eatery. It is a completely free restaurant that serves a three course meal every week night to children and sometimes their families. In addition to the food, there is also on-site tutoring provided by college students. Owner Tracie Killar told WNYT, “We hope families that are food insecure, who find themselves without food or are hungry, will find our program.”

677 Broadway recently welcomed a new lunch spot, B-Rads Bistro Express. Owner and chef Brad Stevens purchased the former Joey G’s Cafe last week. This will be his second location with the original B-Rads Bistro and Catering in Troy. The Albany location will be open for breakfast and lunch as a grab and go location. The menu should debut within the next few weeks.

Controversy at the Co-op