Construction is currently underway on Rivers Casino & Resort Schenectady, but the City of Schenectady will be reaping some financial rewards from the project even before the facility opens next year. 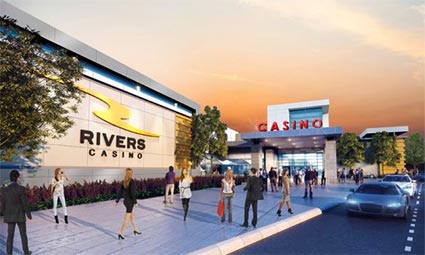 According to The Daily Gazette, “Casino operator Rush Street Gaming of Chicago is required to pay the state a $50 million licensing fee by March 31. Of that fee, the city and the county will receive $2.5 million each.” Additionally, the city will receive 0.5%, or $1 million, of Rush Street’s estimated $200 million mortgage on the facility, for a total gain of $3.5 million.

Once it receives the one-time payment, the city will put it toward property tax relief, Schenectady Mayor Gary McCarthy told The Daily Gazette.

Another 10% of the licensing fee will be distributed among surrounding counties in the Capital Region, so Albany, Rensselaer, Saratoga, Fulton, Montgomery, Schoharie, and Washington counties will each receive a cut of $5 million.

The casino and resort is expected to open by next March, and will bring hundreds of jobs and millions of dollars in tax revenue to the city of Schenectady and Schenectady County. The $330 million project is being developed by the Galesi Group of Rotterdam in partnership with Rush Street.