Albany International Airport is in the running to win $40 million from the state to make important improvements to its facilities, particularly with parking. If secured, the upgrades will put the airport in line with other major airports, such as Logan International in Boston. 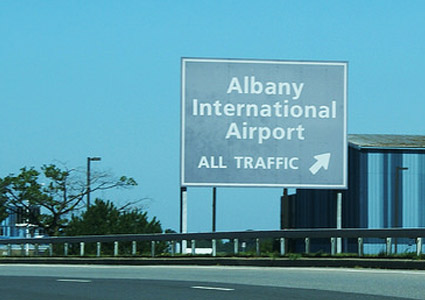 The airport has developed a $50 million plan that includes but is not limited to the following:

The parking garage is the biggest chunk of the plan. The garage would hold 1,000 vehicles – in addition to the 6,000+ current spaces at the airport – and would incorporate technology that directs visitors to available spaces.

“We’re looking into putting in new access equipment where the biggest feature is space detection,” John O’Donnell, CEO of the airport, told the Albany Business Review. “Even if you don’t have a mobile device at the point of entry, you would be told where the best available parking is and what level and space it is at.”

The investment plan is part of the airport’s grant application to acquire $40 million through Gov. Andrew Cuomo’s $190 million Upstate Airport Economic Development and Revitalization Competition. Grant applications are currently under review, with a decision expected to be made in December. The $190 million will be divided between at least five upstate airports, hopefully including Albany.

An additional $10 million will be granted through the governor’s Aviation Capital Grant program, which is targeted towards smaller airports.

Albany appears to be in a good position to receive the funding, considering it’s the fastest growing airport in the state. The number of boardings increased 5.5% last year, and is up 10% this year. The rise in the boardings is in part due to the addition of JetBlue late last year, which prompted the airport to start looking at additional parking options.

However, if you’re traveling for Thanksgiving this year, you won’t have to wait for better parking: the airport has added 275 spaces to the E-lot in anticipation of holiday travelers.