WalletHub has named Albany-Schenectady-Troy to its list of best metro areas for STEM professionals in 2017!

The Capital Region, which comes in at number 15, is full of lucrative, high-skilled jobs for professionals in STEM fields. Major area STEM employers include General Electric, Globalfoundries, IBM, and Samsung. 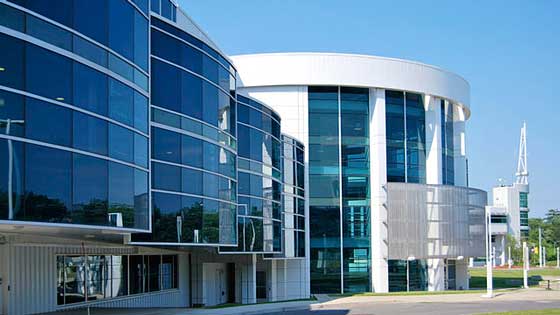 Photo of SUNY-Poly CNSE building, which houses research labs for Globalfoundries, IBM, TEL and others. CC-BY-SA-3.0/Matt H. Wade at Wikipedia
WalletHub used 17 key metrics to compare the nation’s 100 largest metro areas. Metrics included per capita job openings in STEM, annual median wage growth in STEM positions, and projected 2020 demand for STEM professionals. A full description of their methodology can be found on the WalletHub site.

Unsurprisingly Seattle, San Jose, and San Francisco top the list of best cities for STEM jobs. Home to companies like Amazon, Apple, and Google, these cities are major hubs of technology innovation. The three worst metro areas for STEM professionals were all in the Southern US. Jackson, MS; McAllen-Edinburg-Mission, TX; and Deltona-Daytona Beach-Ormond Beach, FL all scored poorly for STEM-based employment based on WalletHub’s metrics.

Known as New York’s Tech Valley, it’s no surprise to locals that Albany-Schenectady-Troy would be in the top 20 metro areas for STEM professionals. With excellent STEM schools like RPI, UAlbany, and SUNY-Poly all in the heart of the Capital Region, it makes sense that companies would seek to locate talent in Albany, NY!