A new cinema is being planned for Troy, but this is not your average movie theater! The ambitious project is expected to expand the city’s “18-hour downtown,” attracting more visitors to the Collar City’s beautiful riverfront area. 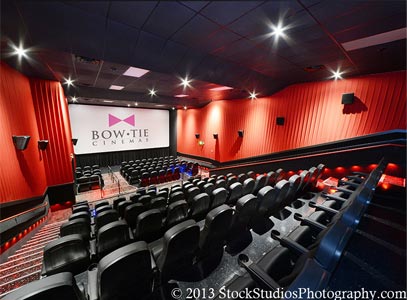 Bonacio Construction has proposed an $18 million Bow Tie Cinemas theater on the riverfront, where City Hall used to be in Monument Square. Although negotiations are still in the works, an advisory group created by Mayor Patrick Madden has recommended the city accept the proposal.

Here’s what is being planned:

Ticket prices have not yet been set, but are expected to be in line with what other theaters in the area charge.

While Regal Cinemas theater in the Aviation Mall in Queensbury has reclined and reserved seats, the theater is not equipped with trays for food – the new Bow Tie Cinemas will be the first theater in the area to offer this amenity.

Furthermore, the food offered will not just be the typical popcorn and candy you find at most movie theaters, but will include items like paninis, salads, and homemade pizzas.

An important goal for the project is to preserve views of the river and access to the riverfront. With the gorgeous sights and the popular restaurants, bars, and retail businesses in this spot, the theater is expected to significantly contribute to the city’s idea of an “18-hour downtown” – a downtown that is active 18 hours a day.

“It will bring people in from surrounding communities,” Mayor Patrick Madden told the Albany Business Review. “The cinema environment in urban settings is very exciting. It’s very nice to walk out and have a choice of restaurants or bars.”

Construction for the theater is expected to begin in the fall. Bonacio Construction has indicated it will design the building to be able to accommodate future expansions, for other residential or commercial possibilities down the line.

In addition to the primary movie theater, a second part of the proposal involves renovating the historic American Theater down the block. Bonacio Construction has proposed $600,000 to redevelop the site of the former Cinema Art Theater, which showed X-rated movies and was shut down in 2006. This site is intended to encompass a 10th movie screen and will show first-run or second-run movies in a 200-seat theater.

Bow Tie Cinemas will undoubtedly provide a special movie-going experience for Troy, offering something extra to the already bustling downtown area that is brimming with art and culture.

While you’re waiting for the new theater to get underway in Troy, consider checking out one of the more unique movie theaters in Albany – The Madison Theater. The Madison Theater offers showings of older films as well as newer releases, and for an extremely fair price; they also have live performances.