How important are public pools for kids in a city like Troy? Many residents feel the children have nowhere else to go during the summer.

Unfortunately, Mayor Patrick Madden and the City Council have eliminated not just the budget for the city’s two public pools, but for all youth programs as well. 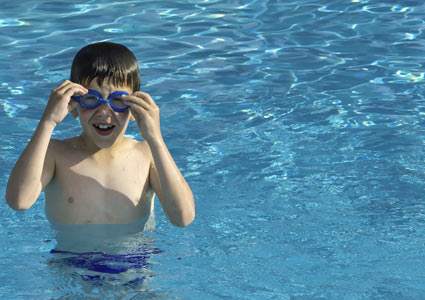 The Knickerbacker Park Pool and the South Troy Pool will not reopen this summer, much to the disappointment of many.

According to the Times Union, the two pools together typically brought in about 210 children per day during their six week season. In part by removing the pools and other youth programs, Madden was able to bring the city budget to $69.9 million – this brought the tax hike down from 28.2% to 14.55%.

Shutting down the pools will help with the city budget more than many might realize.

According to Deputy Mayor Monica Kurzejeski, it would cost as much as $800,000 just to get the pools in a safe condition to reopen – this goes way beyond operating costs.

“We always said the pools would not open this summer,” Kurzejeski told the Times Union. “There are a lot of concerns with safety.”

Two different companies were brought in to assess the condition of the decades-old pools, and to determine how much it would cost to make them operational and safe. One company said at least $550,000 for just the filters and lining; the other company refused to even give an estimate.

Various repairs to the pools have led them to be routinely shut down during the past several years, but the big problem is the structural integrity. Even if the smaller issues were paid for and resolved, it might not matter in the long term; the pools just may not be salvageable.

Although the city has removed the budget for the pools and all youth programs, it is working with local organizations like the Troy Boys and Girls Club to brainstorm additional recreational activities for the kids of Troy.

Also, the county-sponsored free lunch and snack program that had previously been hosted at the pools will stay in place – the city is planning to find another site for this program.

Certain city departments of Troy will meet this month to decide how to further proceed with the closing of the pools, and construction of a new pool might be considered.

Don’t forget, both Albany and Schenectady still have public pools you can utilize this summer.

What do you think of Troy’s decision to shut down the pools – do you think it was worth it to avoid costly repairs and bring the tax hike down?