By now, you may have heard about the groundbreaking aerial gondola project that has been proposed here in the Capital District. This gondola would travel over the Hudson River and bring commuters from the Albany-Rensselaer Amtrak station to downtown Albany. As they continue to move forward with the project, developers are asking the public for feedback to find out if and how the gondolas would benefit the community. 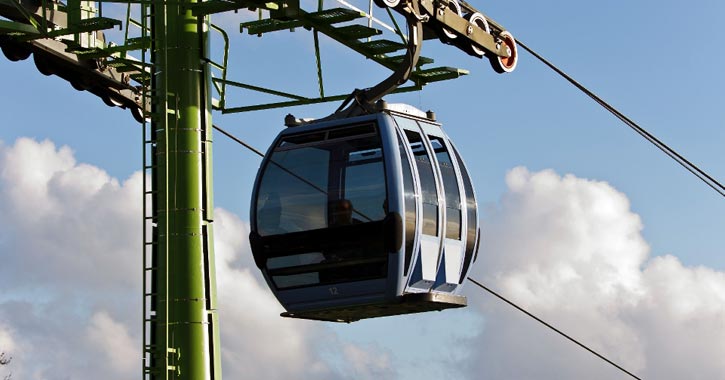 The company in charge of the Capital District gondola project is Capital Gondola, LLC, which is a partnership between New York State, national, and international organizations, including Doppelmayr USA, McClaren Engineering Group, TJM Advisors, and more.

Their mission is to develop an aerial gondola between Albany & Rensselaer and provide commuters with a safe, reliable, and convenient mode of transportation. The gondola would then offer economic benefits to the region for many years to come.

Details of the Gondola Project

According to News10 ABC, the gondola route would begin at the Albany-Rensselaer Amtrak station, travel west across the Hudson River, head toward South Pearl Street, and then end at the Empire State Plaza where commuters would have easy access to downtown Albany.

Based on a 2016 feasibility study, a gondola ride would be less expensive than a taxi or ride-sharing service and only take an average of 7 minutes one-way. The study also determined that the project would cost roughly $43 million.

Since then, Capital Gondola, LLC has named Tom Madison, who previously served as New York State’s transportation commissioner, as their executive director. With his years of experience working on major transportation projects, Madison is expected to help turn the Capital District gondola project into reality.

For Capital Gondola, LLC, the next step is to get a general idea of what the public thinks about the project and its potential benefits. The company is currently accepting public feedback from the community to see what role the gondola would play in their everyday lives.

Have an opinion about the project? Visit their survey and use the code “cap” to answer the questions.