There’s been buzz for about a year now regarding a skyway park in Albany – does someone have their head in the clouds, or could this project actually come to fruition?

Some new information has recently been revealed that suggests this awesome idea is coming together – and quickly! 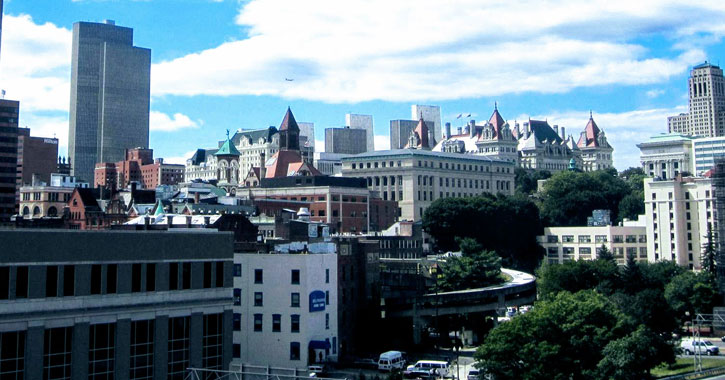 Beginning Stages of the Project Underway

The Albany Skyway being developed will be similar to the High Line in Manhattan, a 1.45-mile-long elevated linear park. This will be a linear park, footpath, and bike route all in one.

Capitalize Albany Corp is currently seeking proposals from consultants for a site assessment, feasibility study, traffic impact study, and the beginning stages of the design work. Proposals are due on January 12th.

“We’re gearing up for more than $100 million in investment at the foot of the skyway that will have a profound impact on the capital city’s building momentum,” Mayor Kathy Sheehan announced, according to the Albany Business Review.

The State Department of Transportation owns the property where the skyway will be built, and they have indicated they are completely behind this project.

“DOT supports this concept, which would provide a new, vital link between downtown Albany and surrounding neighborhoods with the Hudson River and its cultural and natural resources,” Bryan Viggiani of the DOT told All Over Albany.

The skyway is expected to be completed four to six months after the contracts are awarded, which is quite ambitious, and speaks to how high of a priority this project is.

The skyway is expected to be built on the northbound exit ramp of I-787 from Quay Street to Clinton Avenue; a previous study determined this stretch of highway is underutilized. The skyway will give people another way to cross I-787 and to reach the Hudson River.

Although pedestrians are able to cross the highway on the Hudson River Bridge off Broadway, which was constructed in 2002, this walkway is not easily accessible to bicyclists.

Last year, work was done at the Corning Preserve to widen and extend current bicycle and walking paths – the City of Albany is clearly making significant efforts to make the area more accessible to pedestrians and bikers. They’re also trying to increase access to the waterfront, and the skyway would be a big part of this plan.

In addition to the waterfront access, the skyway entry point is expected to be at Quackenbush Square, which is where several different neighborhoods meet. The skyway will therefore provide an essential connection between these various areas of Albany.

What do you think about the proposed project? Would you use the Albany Skyway?