Have you heard who’s going to be at Rivers Casino this Friday? Find out the details and see everything else happening in and around Albany this weekend, from festivals to live music to a ValleyCats game, and more. 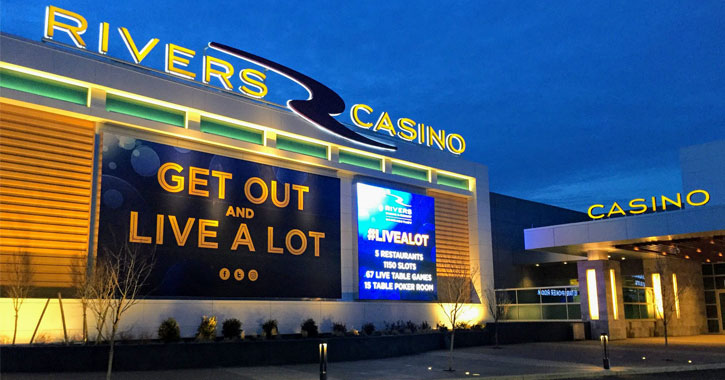 A Big Name at Rivers Casino

Wayne Brady, five-time Emmy Award-winner, Grammy nominee, and a former host of Whose Line Is It Anyway? will be performing at Rivers Casino and Resort in Schenectady on Friday evening. Tickets start at $50.

A Couple of Cool Festivals

Happening at the Washington Park Parade Grounds, the annual Albany Latin Fest will include music performances from a variety of Hispanic genres, lots of great food, arts and craft vendors, fun for kids, and information booths.

Browse over 60 vendors at the Mabee Farm Arts & Crafts Festival at the Mabee Farm Historic Site in Rotterdam Junction. You’ll find jewelry, soap, pottery, candles, and more handmade goods, and there will also be woodworking demonstrations, nature trails to check out, and more.

The biggest race at the Saratoga Race Course is taking place this weekend, the 149th running of the $1.25 million Travers Stakes.

You can catch the gypsy swing band Hot Club of Saratoga at Freedom Park in Scotia on Saturday.

This is one of the last Freedom Park Summer Concert Series shows! (The final performance is on August 29th featuring Grand Central Station.) On Sunday, you can see Annie and the Hedonists, who play acoustic blues, vintage jazz, and roots Americana.

The last performance of the Powers Park Concert Series in Troy is happening on Saturday featuring the party cover band Emerald City.

Howlin’ at the Moon Concert Series: Running the River

Enjoy a blend of country, rock, folk, Irish, blues, and fiddle tunes from Running the River at the Mabee Farm Historic Site.

What’s New With the ‘Cats

The ValleyCats are taking on the IronBirds on Sunday during NFL Night and Jewish Heritage Night. There will be touchdowns as well as homeruns, and the ‘Cats will be celebrating the vibrant Jewish culture in the Capital Region.

A Car & Truck Show is happening at Brunswick Elks in Troy. A total of 30 trophies will be awarded, and there will also be dash plaques, door prizes, and more. Spectators are free, or it’s $15 to register your car.

Greenwich is less than an hour from Albany, and that’s where you’ll find the Washington County Fair going on through Sunday. This is one of the biggest county fairs in the area, so check out the details and get ready for a scenic country drive followed by lots of fair fun.

If you’re up for a drive this weekend, the New York State Fair is happening right now in Syracuse, about two hours and 15 minutes from Albany. This is a massive state fair that is sure to be a lot of fun!