We may be many months away from the start of baseball season, but the Tri-City ValleyCats have given us something to look forward to with the announcement of their 2019 regular season schedule. Read on and plan ahead for another summer of incredible baseball at The Joe! 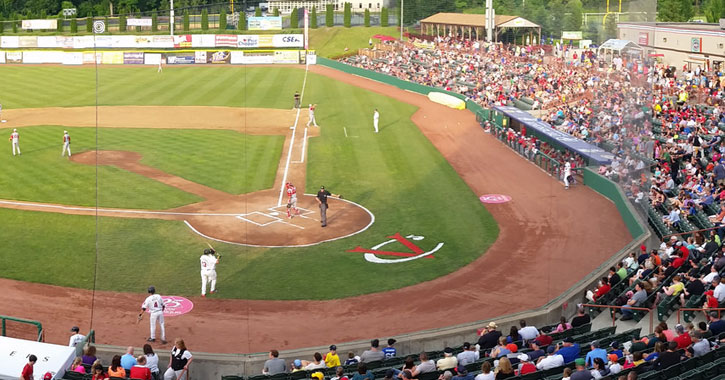 The ValleyCats, a Class A minor league affiliate of the Houston Astros, will be defending their third New York-Penn League championship crown against affiliates of the Yankees, Mets, Red Sox, Orioles, Nationals, Rays, Marlins, Athletics, Cardinals, and Tigers. Here are some of the highlights to look forward to next season:

Opening Day will kick off a two-game set versus Staten Island, an affiliate of the New York Yankees. Staten Island will return to Joseph L. Bruno Stadium for a three-game series held August 25 through 27.

On the 4th of July, see the Cats face the Renegades for a rematch following last season’s New York-Penn League Championship Series. The Renegades, a Tampa Bay Rays affiliate, will return to The Joe for a two-game set on August 22 and 23.

This six-game homestand, the longest of the season, will start with a series against the Cyclones (New York Mets) and end with three games versus the State College Spikes (St. Louis Cardinals).

Stedler Division foe and Red Sox affiliate Lowell Spinners will come to town for a three-game set on July 17-19. They will return on August 5 through 7 for another three-game set.

Conclude the regular season with a Labor Day home series against the Lake Monsters, an affiliate of the Oakland Athletics!

Tickets for the 2019 season are available now. Purchase yours by calling the Joseph L. Bruno Stadium box office at 518-629-CATS.