July has been another eventful month in the Capital Region with festivals, fireworks, and other fun events, but we’ve now arrived at the final weekend. Celebrate the end of this spectacular summer month with live music, a free outdoor movie, and more.

Rock Out All Weekend Long at Summer Concerts

Plan a trip to the Mohawk Harbor Amphitheater in Schenectady later tonight for a free concert featuring Brass Transit. The event will begin with a DJ at 5pm followed by a regional act and then the headliner.

The Harbor Jam Concert Series continues tomorrow with a performance by The Lords of 52nd Street. Enjoy the live music and local food trucks, vendors, and more.

The Powers Park Concert Series in Troy highlights some of the top names in 518 music, and on Saturday, Nite Train will take the stage at 6:00pm for Blues Night.

The first of two concerts happening at Freedom Park this weekend will be held on Saturday night. Check out live music featuring the Nisky Dixie Cats at 7:00pm.

Ready for another night of music at Freedom Park? The SUNY Schenectady Jazz Faculty Combo will perform on Sunday at 7:00pm.

See What’s Coming Up at the MVP Arena

Have you heard the news? The local Albany Empire have solidified their spot as the first seed in the National Arena League playoffs. Cheer them on when they face off against the Jacksonville Sharks on Saturday night at the MVP Arena.

The Capital Region is filled with free summer events, and the latest one is called the MVP Arena Superhero Sunday Movie Series. Bring the kids to see Captain Marvel on the big screens in front of the MVP Arena. 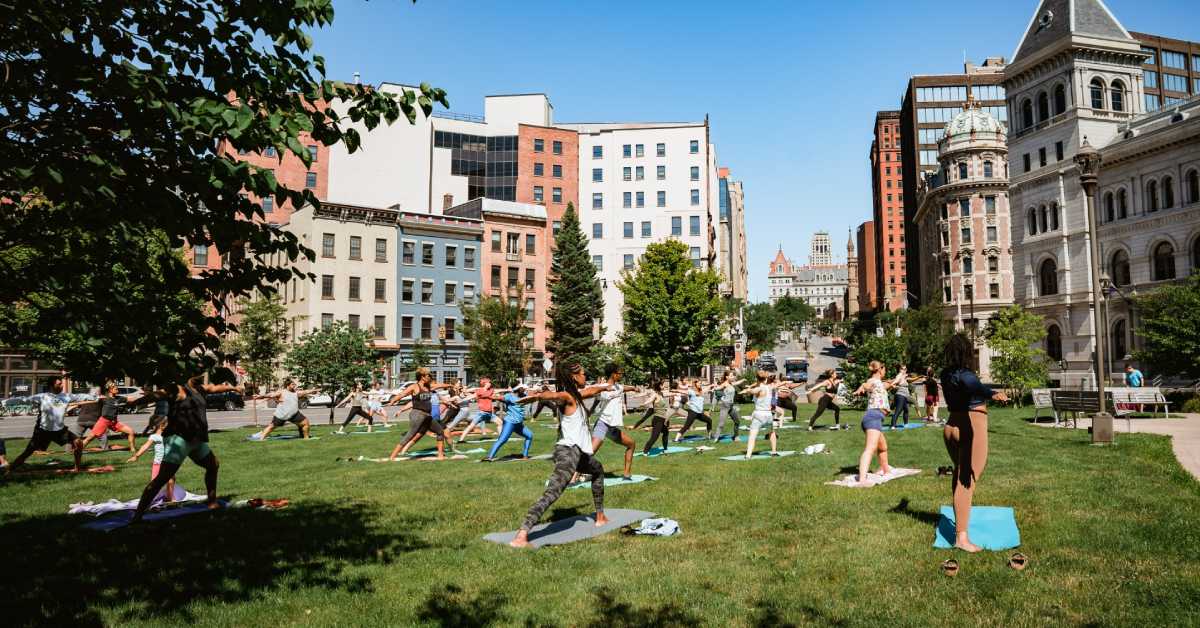 Start your day off right with a free yoga class on the lawn of downtown Albany’s SUNY Plaza Park. Admission is free, and the yoga class will run from 10:00am-11:00am.

Troy Fitness in the Park

Make plans to work out at Troy Fitness in the Park, which will take place in Troy’s Riverfront Park on Sunday from 9:00am-10:00am. It is free to sign up in advance.

Looking Ahead to Next Week: Alive at Five’s Grand Finale

The annual Alive at Five summer concert series in Albany will conclude next Thursday, August 4, with a performance by Doug E. Fresh, Ohzhe & DJ TGIF, and DJ Hollyw8d. In the event of inclement weather, the venue will change from Jennings Landing to the Corning Preserve Boat Launch.

Discover top attractions that are worth the drive >>