If you have a toddler, a child with autism, or a child with sensory issues than you are no stranger to extreme versions of picky eating. My friends with children on the spectrum would kill me for complaining because admittedly my son Corbin (4 yrs ASD) is a phenomenal eater, all things considered. Yes, he eats watermelons, cucumbers, toast, eggs, and even broccoli (gasp), but when it comes to packing his lunch it’s always a production. He will eat pasta and meatballs, pancakes, chicken nuggets with fruit or veggies but it literally takes me 30 minutes every night to construct a packable lunch that he’ll eat.

Something you should know about me is that I dream of one
day owning a house without a kitchen. I don’t like to cook, bake, prepare or do
ANYTHING in the kitchen…besides eat. I have heard pray tell of a food called a
sandwich that parents pack for children. Rumor has it that you just throw a
couple things on bread and call it a meal.

Even my oldest son, Landon, is a picky eater. In fact,
breaking all stereo types my typical son is a much pickier eater than my son on
the spectrum. Neither of my children have ever eaten a sandwich. In fact,
rarely have either of them eaten something where two foods touched, unless you
count pancakes and maple syrup. Well yesterday my laziness got the best of me.
I hadn’t gone shopping and there was little to pick from. 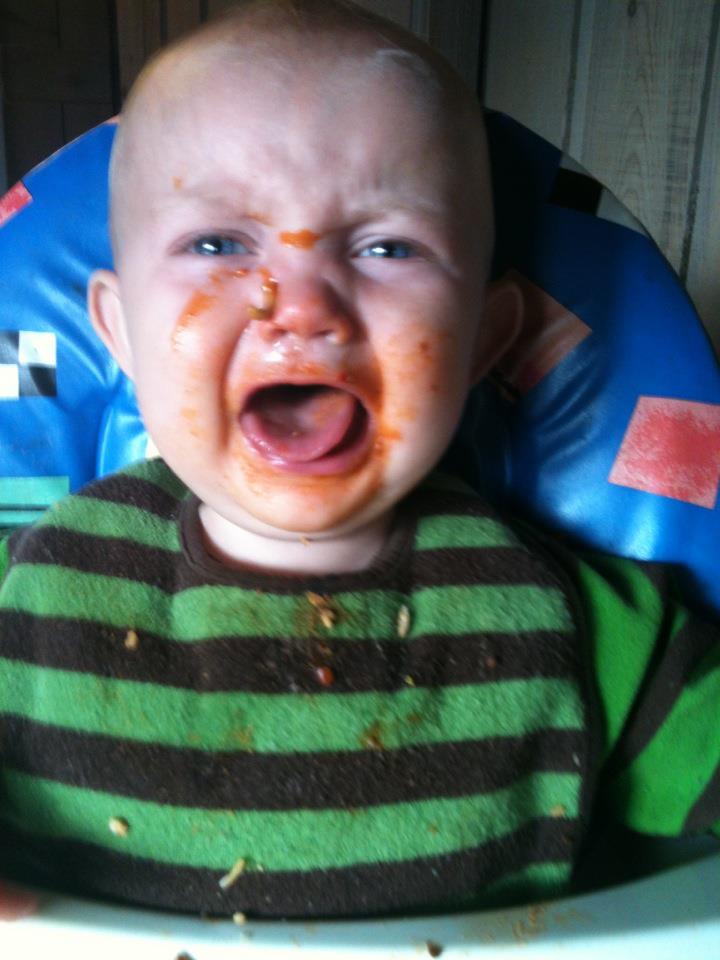 I packed Corbin some dry cereal, a juice box (organic cause
I’m Mom of the year), a few strawberries I found rolling around in the back of
the fridge and…a peanut butter and jelly sandwich on whole wheat bread. Landon’s
school had just made the jelly after a field trip to a raspberry patch and sent
some home for us. I had tried to entice the boys to taste it the day before but
they both acted like I was offering them globs of blood and wouldn’t come near
it. I wrote a note in the communication book for Corbin’s teacher letting her
know that I’d had no luck with sandwiches in the past, but she’d be my best
friend for life if she got him to take even one bite.

Jacky, the miracle worker we call a teacher at my son’s
school got him to eat a sandwich. She said she cut it in half and one half was
cut into 6 small cubes and the other half left large. He chose the large half,
took it apart, inspected and then ate it. One small sandwich for Corbin, one
giant time saver for Mom. I literally giggled out loud when I saw he had eaten
his sandwich.

So here I am, finished packing Corbin’s lunch for tomorrow
and it only took me 6 minutes from start to finish. That left me time to have a
peanut butter and jelly sandwich of my own. I can’t remember the last time I’m
have had a PB&J. It’s way delicious, and that homemade jelly is incredible.
Am I dancing around my kitchen singing “peanut butter jelly with a baseball bat”?
Maybe! *(you tube the singing banana peanut butter jelly time) 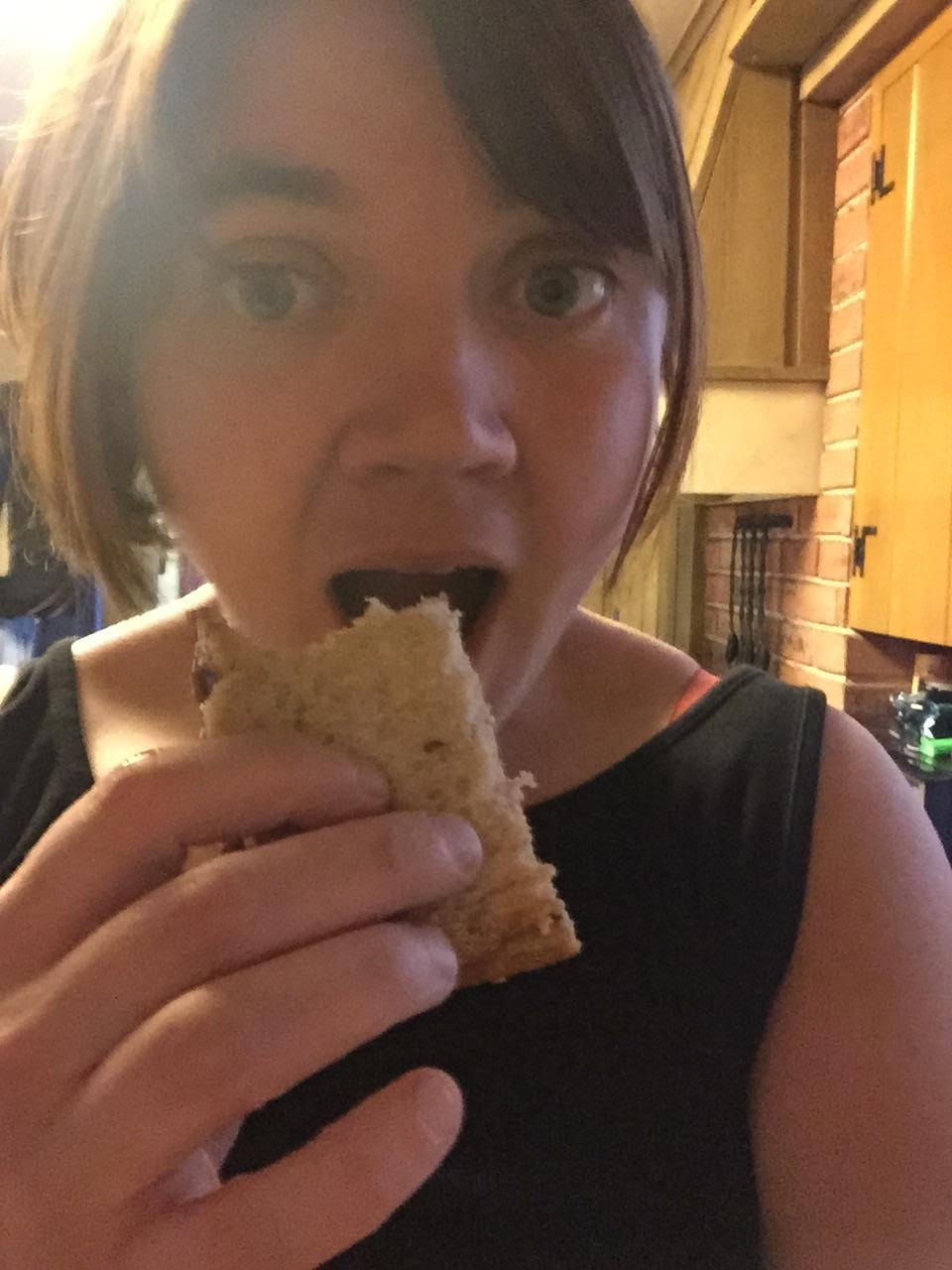 Parents of picky eaters, never give up! I’ve watched my son
fall in love with food he later refused and refuse food he later fell in love with.
I think the best thing I’ve done to encourage healthy eating habits is never
assume he won’t try something, or change his mind about something. As adamant
as my boys have been about certain foods, I’ve been shocked when the next day
they’re willing to lick it, or even eat and enjoy it.

Some children, however, are so picky that it becomes more
than just a hassle and turns into a nutrition issue. If this is something you’re
struggling with, a friend of mine has told me that she’s seen positive improvements
from feeding therapy which she gets for her son at Albany Med. Also, I believe
Access Therapy in Clifton Park does evaluations for feeding therapy.

Another thing you’ll hear me talk about a lot is
chiropractic care. I’m a huge fan of chiropractic care, and recently had an
article published in Pathways to Family Wellness on Chiropractic Care and
Sensory Sensitivities. I’m not claiming it’s a magic bullet, but it’s been
proven to improve sensory sensitivities which can often improve how a child
tolerates textures.

My boy’s pediatrician told me that zinc is good for picky
eaters because if you’re low on zinc it makes a lot of foods have a stronger and
less appealing taste. I bought some liquid zinc and tried to sneak it in some
juice but so far I haven’t been successful. I’d love to know if anyone has had
success with this. Be sure to email me if you have.

Sometimes picky eating can be due to gastral/digestive
issues and constipation. I’m not a doctor, but I have to give a shout out to
chiropractic on this one as well, and probiotics. I get the chewable children’s
ultra flora Metogenics. For the longest time I couldn’t get Corbin to eat them,
but then one day I handed one to Corbin and asked “Give this to Landon?” Sure
enough, he grinned and ate it. What a punk! He evaluated in the first
percentile for receptive language but those are the moments I realize he
understands a whole lot more than we know, and has a pretty good sense of
humor.

If you have tips on the topic of picky eaters that you’d like to share with readers,
please email me at albanyonthespectrum@gmail.com. Or email me if you have any questions/comments about today’s blog.

Thanks for reading, and if you haven’t had a peanut butter
and jelly sandwich in a while, I highly recommend it.