Albany's Sudsy Past: A History of Beer in the Capital City

Here's an insider secret: Albany has played a pivotal role in our country's beer industry. From the 1700s to today, beer has been and continues to be a massive force in the Capital Region, with no sign of stopping. In fact, it could be argued that Albany significantly influenced American beer and where it is today.

The Growth of Albany's Beer Industry

Brewing in New York State began in New York City (New Amsterdam at the time) around the 1600s, when the Dutch arrived. Beer was the most popular beverage of the New Netherland colony. Breweries expanded upstate, with Albany (Beverwijck at the time) and surrounding areas developing up to 20 breweries, including a brewery operated by the well-known Gansevoort family.

Around the late 1820s, microbial contaminations in the waters of New York City increased, thus resulting in polluted beer. Because of this, "North River" breweries in Albany and the Hudson Valley Region stepped up beer production in order to supply the beloved drink downstate from the 1830s-1840s. By the 1850s, New York City's beer industry began to recover, which resulted in less shipments from the Albany area.

During this period, many Albany County breweries brewed a pale ale that was advertised as "Albany Ale." Despite this nickname, "Albany Ale" was actually similar to strong ales served in other Hudson River towns, such as "Troy Ale" and "Kingston Ale." However, "Albany Ale" stood out for its high quality, and the drink's popularity helped the area's beer industry grow as more breweries began to pop up.

With Albany perfectly located near the Erie Canal and Hudson River, brewers were able to easily ship beer downstate and even across the country. Business was booming. Major brewers like John Taylor and Matthew Vassar experienced incredible success - Taylor built his brewery in 1850, and it was among the largest at the time.

With the expansion of railroads, transportation options shifted and those prime waterways that came right into Albany were no longer as vital. The popularity of "Albany Ale" began to decline and the local beer industry suffered. Some larger breweries acquired smaller ones and were able to hold strong into the early 20th century, but then Prohibition arrived in 1920.

Of the 11 breweries operating in Albany prior to Prohibition, only three reopened after Prohibition ceased in 1933, and by the 1970s, they had been outsourced by bigger Midwestern breweries. 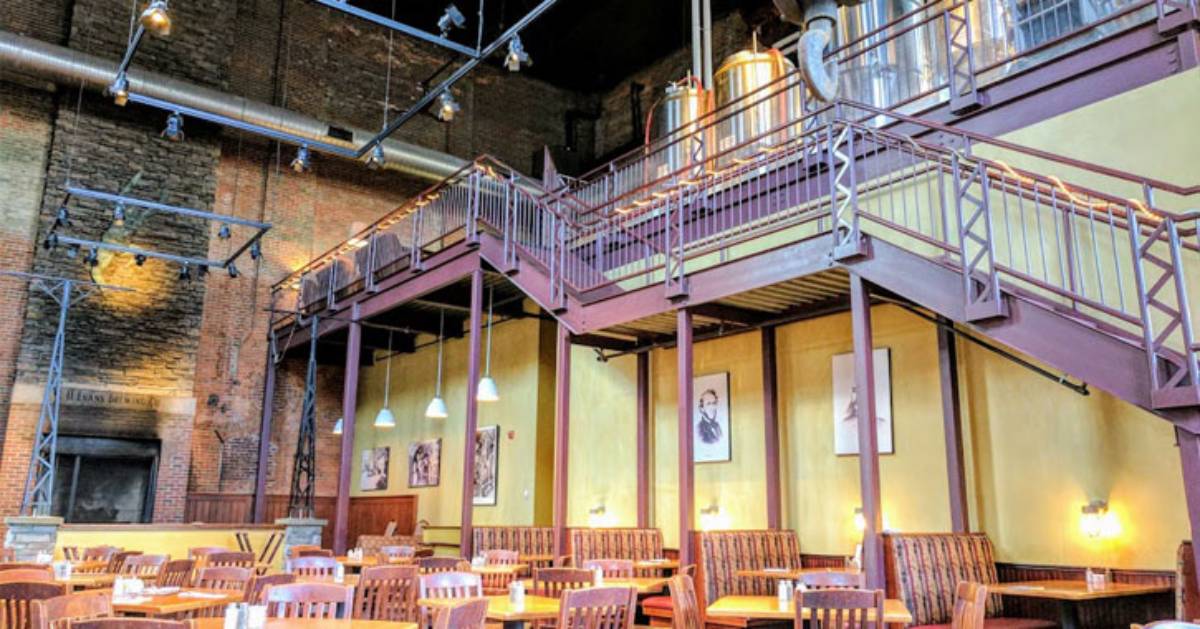 The inside of the Albany Pump Station, photo credit: Alan Nudi

Popular tastes in beer have changed over time, with craft beer really coming onto the scene in recent years. Craft beer is produced in small amounts, which is quite different from the large macrobreweries that used to dominate the Albany area.

Local beer blogger Craig Gravina and his partner Alan McLeod have been working to recreate the historic Albany Ale, and you can read about their journey on albanyaleproject.com.

Although tastes in beer changed, Albany was able to adapt to the times, creating the breweries and beer the region demanded. The mid-1900s focused on lagers and modern cream ales that were popular during that time, and the area has only continued to grow in this once again thriving industry.

This boom in beer can be partially attributed to the farm brewery law that went into effect in 2013, which allows craft breweries that use ingredients grown in New York to conduct onsite tastings, open restaurants, engage in self-distribution, and open up to a total of five off-site branch offices anywhere in the state.

Find breweries, wineries, and distilleries in the Capital Region >>

<< Back to Albany History