Home / Events / Capital Pride Parade & Festival 2022
PLEASE NOTE:
The information you are viewing for this event is from Sunday, Jun 12, 2022.
Please check back for updates. 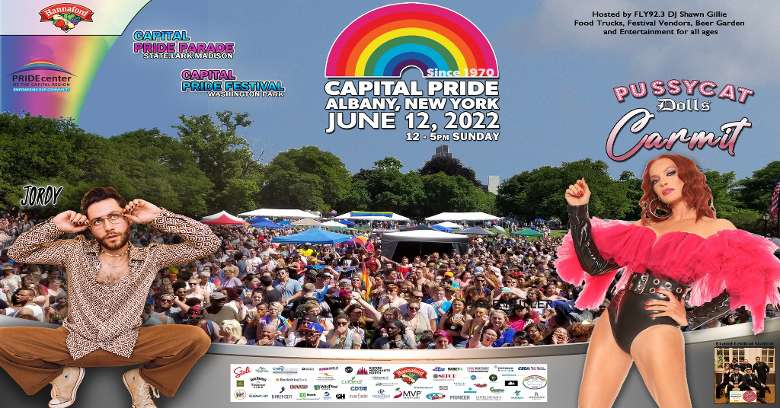 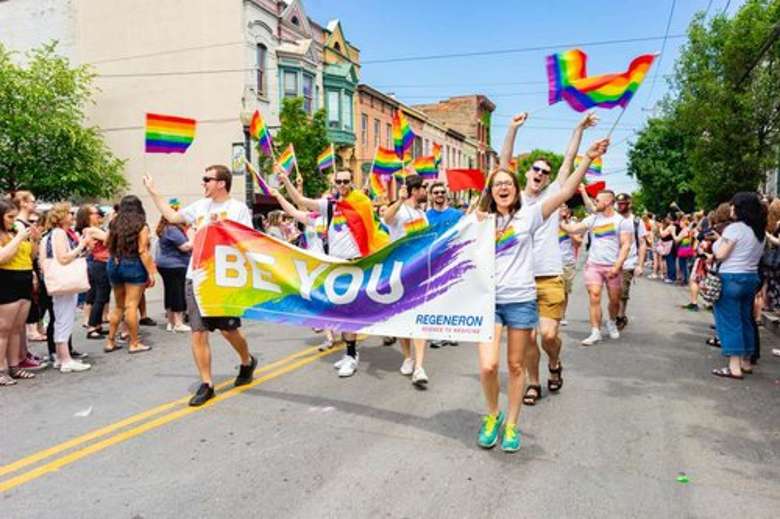 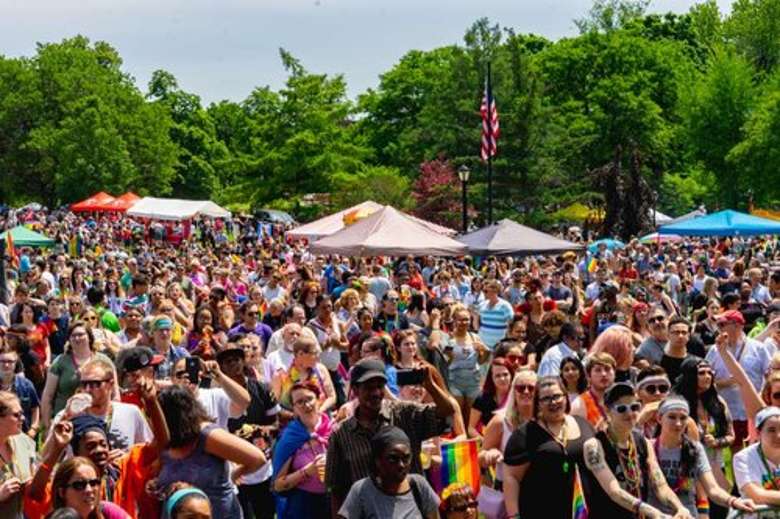 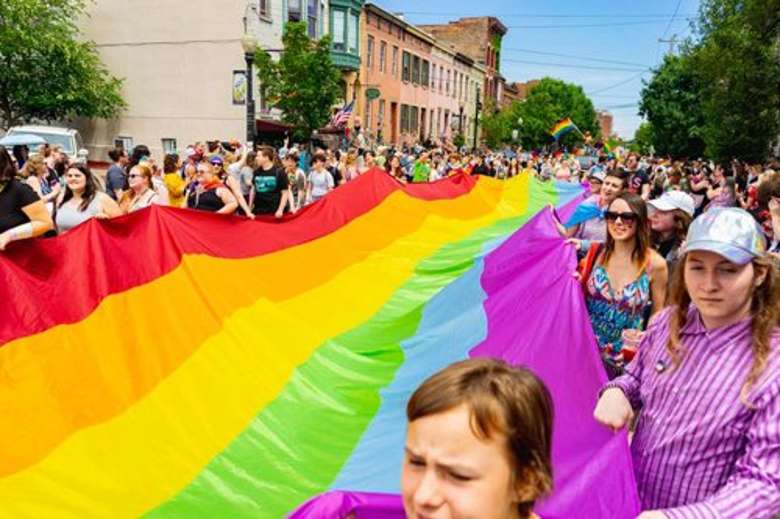 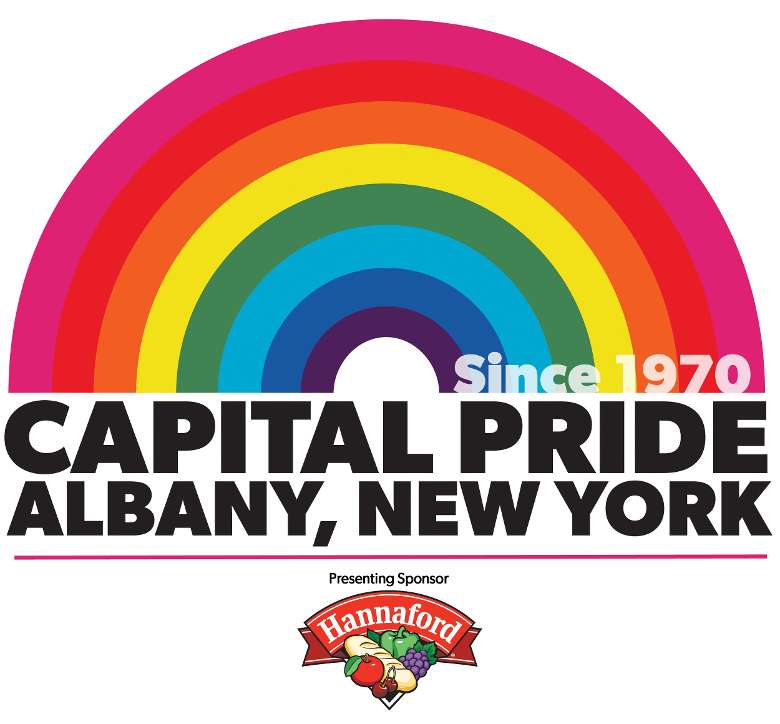 Hosted By:  The Pride Center of the Capital Region
When: Event has passed. Watch this page for updates.
Where: Washington Park Albany, NY 12203
Cost: FREE ADMISSION
Phone:518-462-6138
Visit Website

The Pride Center of the Capital Region is excited to announce the return of the Capital PRIDE Parade and Festival on Sunday, June 12, 2022 in Albany's historic Washington Park.

The Capital PRIDE Parade kicks off at 11:45am starting down State St. onto Lark Street and then Madison Ave.

The Capital PRIDE Festival will begin at noon in Washington Park, so plan to stay with us for the entire afternoon. There will be fabulous entertainment on the festival stage and activities for the entire family!

For the full schedule of events, visit https://www.518capitalpride.com/

This year we are honored to announce Hannaford Supermarkets as our Presenting Sponsor for the 2022 Capital Pride season. Hannaford Supermarkets and its associates across the Northeast are committed to ensuring meaningful experiences for their LGBTQ+ associates and customers. They are proud to have earned a 100% score on the Human Rights Campaign Corporate Equality Index for 11 consecutive years and take seriously that designation as a Best Place to Work for LGBTQ+ people. At Hannaford, advancing Diversity, Equity and Inclusion is one very important way we are greater than groceries.

The Pussycat Doll’s CARMIT, the ‘original redhead’ for the iconic & legendary girl group is the Featured Headliner at this year’s festival. An American singer, dancer, model, actress, and showgirl, CARMIT was an original and longest member of the hit pop/R&B group and one of the main three lead vocalists with Nicole Scherzinger. The Pussycat Doll’s had dozens of hit singles including 2020’s “React”, “When I Grow Up”, "Buttons", “Don’t Cha”, "I Don't Need a Man", "Hot Stuff (I Want You Back)", "Right Now", "Tainted Love" and more.

The opening headliner, JORDY has been labeled the freshest face in pop according to iHeartMedia and is making his mark on the pop music scene. Described by TIME Magazine as “conversational, sing-song style, over bright, undeniably joyful pop beats,” JORDY’s EP titled Long Distance, blew up the TikTok charts and had Meghan Trainor proclaiming “This is my JAMMMM”, featuring fan favorites such as “I Just Wanna Be Loved”, “Tomorrow” ft. OSTON and viral hit “Long Distance”, which grew to a 1.4 million fan base and was #4 on Apple Music’s New Releases.

Rounding out the afternoon we have international superstar DJ Drew G and one of Albany’s Hottest Party Bands Grand Central Station, Albany’s Annual Drag Revue, a special preview performance from the Playhouse Stage Company, and more. The Pride Festival will be hosted and emceed by Comedian and FLY92 DJ Shawn Gillie. The Capital Pride Parade and Festival, with an annual attendance of over 25,000 people, is the largest pride celebration in the northeast outside of NYC and Boston. With thousands of participants in the Capital Pride Parade and hundreds of Capital Pride Festival Vendors, the post-pandemic return of one of the Capital District’s main festivals is sure to be a record-breaker.

Capital Pride is the annual celebration and benefit for the Pride Center of the Capital Region, to raise awareness for LGBTQ+ issues, and celebrate the launch of the gay rights movement. For more detailed event information, please contact the Pride Center or visit our website.

Kick The Cat at Lark Hall

Colors in the Catskills Fall Festival Series at Hunter Mountain