Home / Things to Do / Alive at Five

Alive at Five is the City of Albany's premier free summer concert series! Throughout the season, distinguished national, regional, and local artists bring their best performances to this popular annual event. For 2021, the concert series is going virtual and will be held on Thursdays from June 10 - August 5. 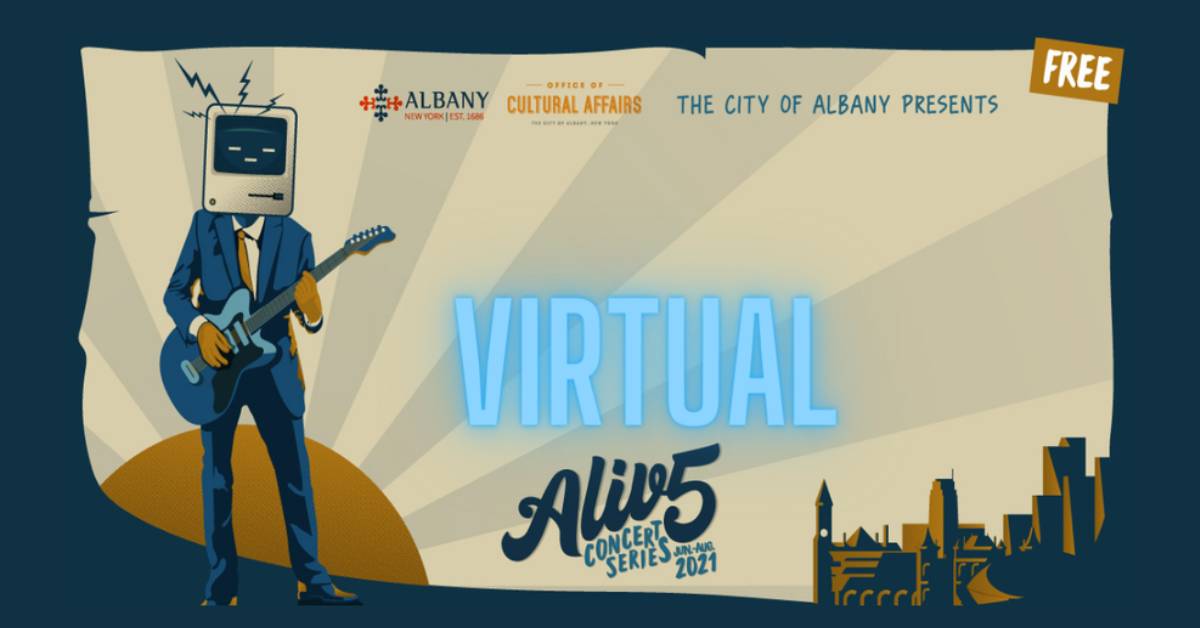 What You Should Know

During a typical year, the Alive at Five summer concert series is held at Jennings Landing (at the Albany Corning Preserve), with a rain location of the Corning Preserve Boat Launch (Colonie & Water Streets). However, the 2021 concert series is going virtual and will instead be livestreamed on the City of Albany Office of Special Events & Cultural Affairs' Facebook page and Youtube page.

For more information, contact the City of Albany Office of Cultural Affairs at (518) 434-2032 or visit their website »

« Find More Things to Do

« Back to the Albany Summer Guide