The History of Alexander Hamilton in Albany, NY

When many of us think of Alexander Hamilton in the 21st century, the acclaimed musical "Hamilton" is probably what comes to mind. However, not only was Hamilton one of America's Founding Fathers, but he also has a deep connection to the City of Albany. 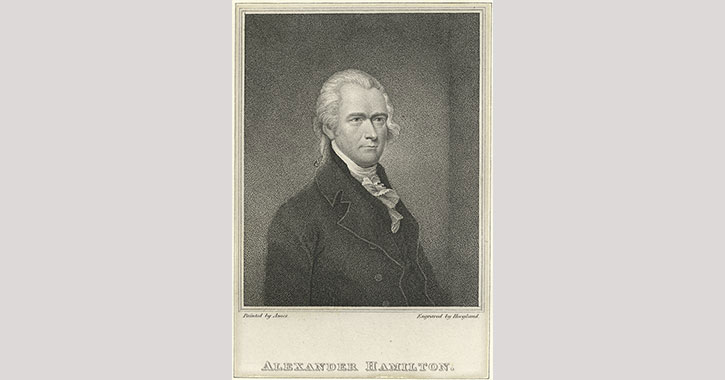 The Early Years of Alexander Hamilton

Long before Alexander Hamilton made his first trip to the City of Albany, he lived much of his early life in the Caribbean. Hamilton was born on the island of Nevis in 1757, but he would soon move to St. Croix. Once he was old enough to work, Hamilton got a job as a clerk for a local trading company.

He was quickly recognized for his skills, and in late 1772, Hamilton attended Elizabethtown Academy in New Jersey and then King's College (now Columbia University). Unfortunately, when British troops occupied the college's city, Hamilton was forced to discontinue his studies in 1775.

Rather than wait out the war, Hamilton decided to start his military career and fight back against the British army. He joined a volunteer militia and served as the lieutenant, and then later on, he became the captain of an artillery unit.

As he rose through the ranks, Hamilton found himself as the aide-de-camp to George Washington. This position involved everything from secretary to spymaster, prisoner negotiator, and even ghost writer for the future president.

His First Trip to Albany

As George Washington's aide-de-camp, Hamilton had many duties to fulfill. On the behalf of Washington in 1777, Hamilton traveled to Albany to meet with General Horatio Gates. The purpose of this trip was to convince the general to provide Washington with reinforcements; Gates agreed to send one brigade.

While in Albany, Hamilton visited the home of General Philip J. Schuyler, friend and supporter of Washington. During his time at the Schuyler Estate, Hamilton met Elizabeth Schuyler, Philip Schuyler's daughter. He was only there briefly though, and their relationship wouldn't blossom until three years later. 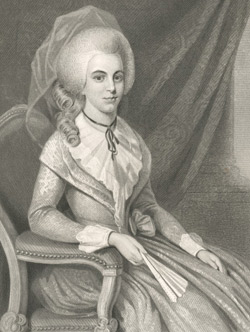 It's said Alexander Hamilton never intended to marry, and he spent much of his time in the late 1770s working in the military. However, a chance encounter with Elizabeth Schuyler turned into much more than he expected.

In early 1780, the two would meet once again in Morristown, New Jersey. Elizabeth Schuyler was heading to Philadelphia to meet up with her parents, and during the trip, stopped at her aunt's house in New Jersey. At the time, George Washington was encamped in Morristown, and Hamilton was with him.

When Schuyler visited the encampment, she befriended Washington's wife, Martha, and met with Hamilton. The two immediately connected, and after Schuyler left, they began to write letters back and forth to each other. Their relationship grew so fast, in fact, that they would marry that December at the Schuyler Estate.

After their marriage, Hamilton chose to retire from military life and continue his studies. The couple returned to Albany for a short time, but then they moved to a home across from the military headquarters in New Windsor, NY.

While Hamilton worked to further his political career and become a lawyer, Elizabeth Schuyler would return to Albany and learn she was pregnant. The couple's first child, Philip, was born in January 1782.

Later that year, Hamilton applied for the chance to take the bar exam and become a lawyer. Based on his service as aide-de-camp to Washington, the court granted his application, and Hamilton passed the bar exam in October 1782.

Hamilton, along with Aaron Burr, set up separate law offices in New York City in 1783. Since New York State's highest court was located in Albany at the time, Hamilton would travel there often in the following years. He would typically stay at the Schuyler Estate with his in-laws.

In 1789, Hamilton was named the first Secretary of the Treasury by President George Washington. From then on, Hamilton and his family moved between Albany, New York City, and Philadelphia.

Alexander Hamilton's personal connection to the City of Albany is a unique part of the area's history. As a result of his marriage of Elizabeth Schuyler, Albany became a second home during his lifetime.

Today, Hamilton's popularity has spread thanks to Ron Chernow's biography and the musical "Hamilton," and more and more people are discovering his special connection to the City of Albany.

« Back to the Albany History Guide