We urge everyone to contact individual businesses to confirm their hours of operation before visiting, while we flatten the curve through social distancing.
Home / News / Hudson 400 Celebration 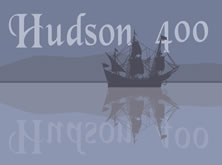 Albany NY turns 400 years old in 2009, and the Hudson 400 celebration promises to be a year-long event filled with many unique and exciting festivities!

Four centuries ago, explorer Henry Hudson made his historic voyage down the Hudson River in 1609, sailing on the Halfmoon. Hudson landed here in Albany NY and settled a trading town, which marked the beginning of our city’s Dutch heritage.

It’s a year to celebrate! From historic reenactments, educational programs, art displays, musical performances, theatre events, street fairs and more, the entire quadricentennial year will be marked with celebrations in Albany NY and all along the Hudson River. With so many special events planned, the "Hudson 400" topped the American Bus Association’s list of the Top 100 Events in North America for group travel in 2009.

"This quadricentennial celebration has been named the top event in America in 2009,” said Albany NY Mayor Jerry Jennings, “and we have a lot of things to talk about and brag about and really be proud of.”

In 1909 for the 300th Anniversary of Hudson’s voyage, the city of Albany held a large celebration (including a replica of the Halfmoon), and President Taft attended the festivities.

Visit Our Guide To Albany Events »