LI Developer with an Affinity for Architecture, History & the Capital District

Uri Kaufman's real estate development firm, The Harmony Group, is a leader in the industry and one of the fastest growing realty oriented companies in the area. Not only does he rejuvenate and revitalize historic buildings and transform them into thriving properties, he actually seeks to improve and better the communities in which they reside.

From Lawyer to Real Estate Developer

As a lawyer from Long Island, Kaufman wasn't always interested in upstate or real estate. He started out as an attorney, graduating from NYU School of Law in 1989, and working in collections. In fact, he actually credits an old boss for getting him into real estate with something he said. "You're fired!" quips Kaufman. 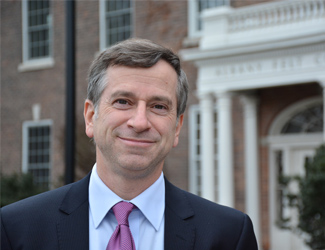 While still a resident of Long Island, Kaufman is drawn to the tremendous potential in Upstate New York. "There are many architectural gems that are perfect candidates for conversion to residential lofts," says Kaufman.

In recent years, he has transformed two of the Capital District's historic mills into Manhattan-style luxury lofts and apartments. The Lofts at Harmony Mills in Cohoes, which was once a booming textile mill, and The Albany Lofts at One Broadway, previously the headquarters for the Albany Felt Factory.

"Each one is a work of art. These were the Googles, Apples and Amazons of their time, and they have the architecture to show for it," adds Kaufman. "They make magnificent homes."

"As for the history, I still get goose bumps every time I sign a lease with a doctor or an engineer that tells me that their immigrant grandparents worked in the mills," says Kaufman. "It represents progress and the American dream."

When asked what Kaufman loves most about his job, his response was simple, "Knowing that we are helping revitalize American cities. This is the kind of work that makes you feel good."

The revitalization of these abandoned mills and factories has had a huge impact on the communities in which they reside. Paired with the use of union labor, the revival of the Harmony Mills actually breathed life back into the City of Cohoes and helped reverse 80 years of decline. The City gained population in the 2010 census for the first time since 1930, and the project has been hailed as a prime example of how adaptive re-use of historic buildings can revitalize cities.

There is a reason, however, that so few of these buildings get brought back. They all have environmental contamination and many are literally falling down. The biggest immediate challenge is that there are proposals in Washington to do away with the Historic Tax Credit. Kaufman emphasizes, "Without that tax credit, none of these projects are viable."

What's Next for Uri Kaufman

When he's not scooping up historic buildings and transforming them into thriving properties, Kaufman lovingly laments that he spends most of his free time trying to get his kids to do their homework, but he also enjoys playing hockey, bike riding and reading at his home on Long Island. As for what's next? He's waiting to see what happens to the Historic Tax Credit. "If it survives, then we'll look for other mill buildings to convert, and do our part to Make America Great Again," says Kaufman.