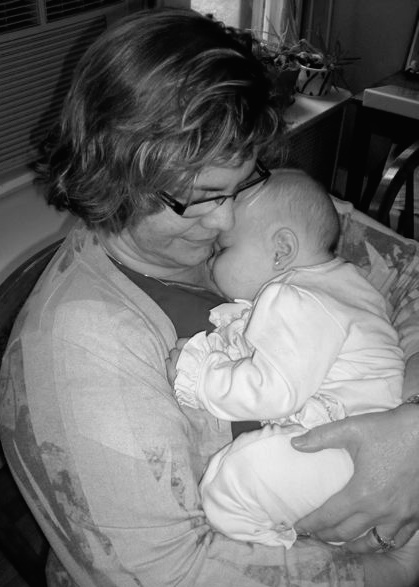 My first nursing job, I worked in a very busy, very traditional, labor and delivery ward. Labors happened in shared Labor Rooms; two or three labor beds, wheeled gurneys actually, were in each of these curtain-divided rooms. Just prior to giving birth, the laboring woman was wheeled into a cold, marble-floored Delivery Room, she was then moved into a narrow, stationary, metal table, her legs placed in stirrups. The Postpartum Room held six to twelve gurneys; women spent the first two hours after giving birth here while their babies went to the Admission Nursery. After this observation period, mothers and babies were reunited on the Postpartum Ward.

This was in Southern California in the late 1980’s. There was a baby boom happening and we were busy. The ward had six Labor Rooms, four Delivery Rooms, one Postpartum Room, and as many as thirty babies were born here every single day.

One day, I had just admitted a woman to my assigned Labor Room when I realized that she was going to give birth soon, very soon. Double checking confirmed what I already knew, the ward was overfilled. When I informed my nursing supervisor that there were no doctors or midwives available, and all the Delivery Rooms were full, she gave a harried nod -‘just catch the kid’ was her unspoken order. I quickly gathered supplies-gloves, a baby blanket, and the ‘precip kit’ (pre-packed for precipitous births). Then I returned to my client, and settled myself as the last few contractions rolled through her body. There was the expected, and welcome, pause just before she began pushing. With two or three pushes, she began to open and the top of her baby’s head appeared, retreated and then stayed. In a perfectly choreographed sequence, the baby faced down, then turned to the right, aligning head with emerging body. That is when I saw the cleft, a large, smooth gape where, early in gestation, lip, nose and palette had not come together. Keeping my face and my hands soft, I gently lifted the baby out and up, placing the newborn into her mother’s outstretched arms. This motion, so familiar to me now, twenty years later, already seemed natural; a baby’s preordained swooping movement from mom’s belly to her breast. Honoring this fluid motion, without thought or intention, I settled this baby with her left cheek up, right-sided cleft serendipitously hidden. This mother pulled her baby snug against her, scratchy hospital gown against soft baby skin. Cradling her baby against her, she delicately touched silky black hair, curved rim of a perfect ear, tiny wiggling fingers. She stroked her newborn’s upturned check, the cleft still unseen. She cried, tears of relief and joy rolled down her face. The baby snuggled into her mother, comforted by the familiar maternal scent and sounds. Minutes passed as they greeted each other in their own sweet time. I sat quietly. In the chaos of that busy ward, for a moment, we shared peace. Then, the baby turned her face upward. Then, this new mother saw what I had already glimpsed, and she cried. She cried a mother’s harsh tears for her child’s pain.

This mother and I had never met before this day and we never met again. I do not know what happened to this mother or this child. To close that cleft lip and palette, I am sure that many surgeries and medical procedures would have been done over several years. For two decades, I have held this memory close and precious. No matter what pain followed, for several minutes immediately after birth, this mother, and baby greeted each other delicately, softly, peacefully. For that precious first moment, this newborn was perfect in her mother’s eyes.

May all babies be born into loving hands