Local Attractions & Things to Do in Schenectady This Fall

The fun doesn't have to stop with summer - more entertainment and things to do await you in Schenectady this fall.

Autumn is a great time of year to check out all the historical sites the city has to offer, see spectacular fall foilage in Central Park, or enjoy dinner and a show at Proctors. Around Halloween, you can get your spook on by visiting some of the city's haunted sites.

Photo provided by Schenectady County Historical Society - Note: This photo was taken prior to 2020 and does not reflect current social distancing requirements

Schenectady features New York State's first locally designated historic district, so of course the city is rich with sites from years past.

The Schenectady County Historical Society (SCHS) has a cellphone-guided walking tour that highlights many of the city's prime historic spots. The Stockade Neighborhood is home to over 40 pre-Revolutionary War houses and architectural styles, and each stop on the tour tells a story about Schenectady's 350-year history.

To get started, download the free izi.TRAVEL app on your phone, and then search for the Schenectady tour.

Or, check out the SCHS's museum, which uses artifacts to reveal details about the city's people and places. Learn about crucial periods in Schenectady's history, like the American Locomotive Company and the Schenectady Massacre.

The annual Stockade Villagers' Outdoor Art Show is held in the early fall every year on Ferry and Front Street. This fantastic outdoor art show and sale aims to encourage local artists to come out and sell their works. Arts typically include drawings, paintings, graphics, sculptures, photography, and non-utilitarian textiles.

Walking around this beautiful park in the fall you're sure to see some striking fall foliage. Check out Iroquois Lake, a dog park, tennis courts, historical statues, a playground for kids, and more. 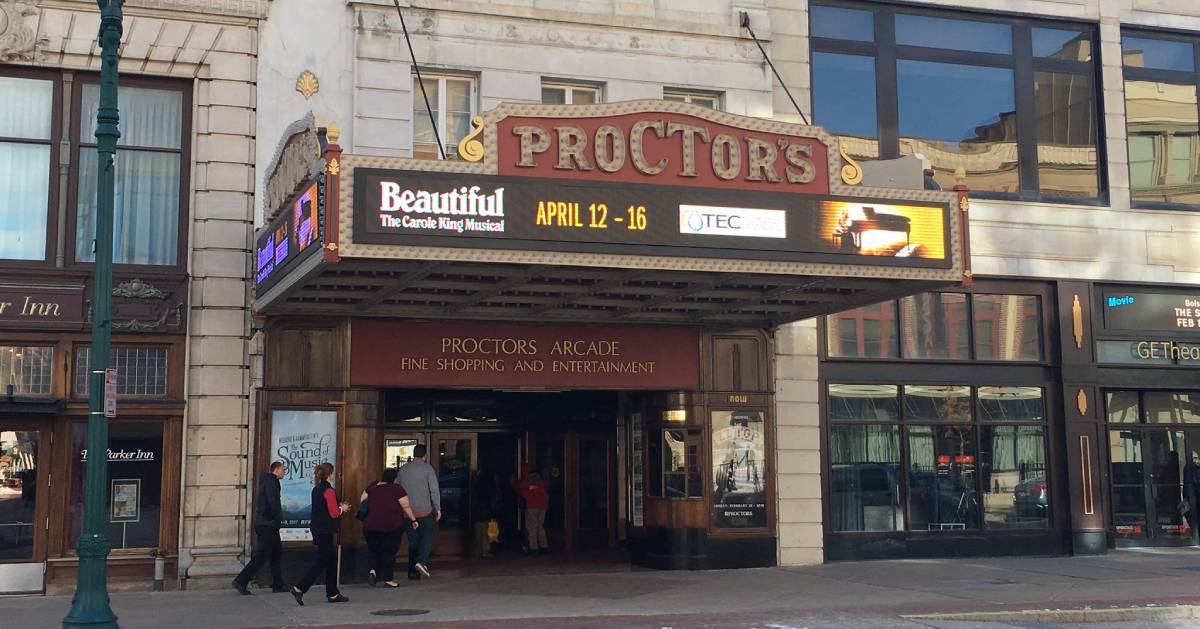 Perhaps Schenectady's number one attraction, Proctors is a traditional theater that attracts world-famous entertainment. Proctors always has an exciting lineup of shows going on.

Before you attend an event at the theater, grab some dinner at one of Schenectady's many great restaurants. Check out establishments like Cornell's Restaurant or The Van Dyck Restaurant & Lounge.

In October, there's no shortage of haunted places in Schenectady to check out. If you're feeling brave, get into the Halloween mood with one of these classic scary hot spots.

Those who were massacred during a 1690 raid of French-Canadian and Indian invaders are said to haunt Front Street Park as well as the entire Stockade Historic District.

The ghost of Alice Van der Veer reportedly haunts this garden on the Union College campus. The young woman fell in love with a man her father didn't approve of, so he killed her lover. An angry mob captured Alice and her father and burned them alive at the site of Jackson's Garden.

Open since 1857, Vale Cemetery is the largest cemetery in Schenectady and considered to be a pretty scary place with a number of haunted findings. Some have heard the statues cry out or even seen them bleeding. Ghostly figures have been spotted among the gravesites and sitting in trees. And, odd lights have been seen and ghostly singing has been heard from the old church on the grounds.

Check out the Albany Fall Guide »

« Back to Schenectady Guide