CDPHP Cycle! - A Bike Sharing Program in Albany and the Capital Region

CDPHP Cycle! is a bike sharing program for Albany and the Capital Region. These smart bikes are available for rent and return at various locations. Register once and get access to CDPHP bikes whenever you need one. 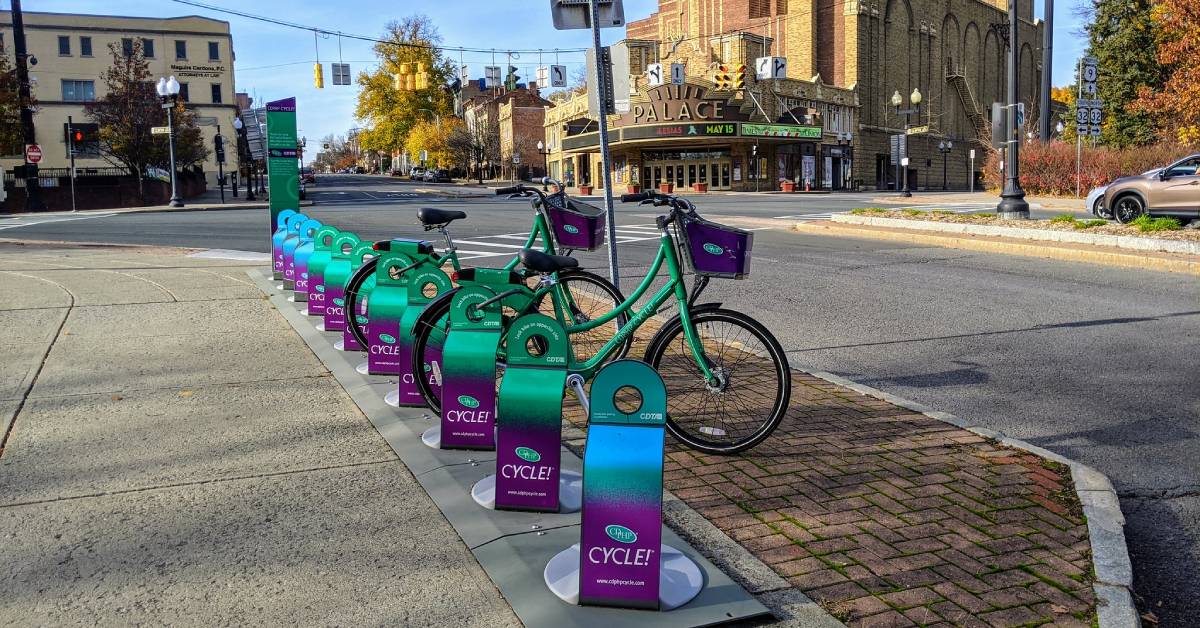 Go Green on Your Commute

Pick up a CDPHP Cycle! bike near home, ride to a station near work, check the bike in, and head into work knowing you arrived healthier (and greener) than when you left home.

Explore the City By Bike

Is this your first visit to Albany? Are you a local looking for a new way to see the city? The CDPHP Cycle! bike sharing program is the perfect, cost-effective way to navigate Albany and the surrounding area. Hop on and off at all the important sites in and around Albany for a fun and easy tour.

The CDPHP Cycle! bikes are smart and fitted with GPS software that makes it easy to track your rides, share with friends, keep count of calories burned, calculate the distance traveled, and even estimate how your ride contributed to a reduction in carbon dioxide emissions.

To access a bike, simply download the app from cdphpcycle.com, register and choose a membership plan, and then find the nearest bike. If you prefer, you can also reserve a bike ahead of time on a computer, tablet, or smart phone. Release the lock with your app and you're ready to ride. After your ride, return the bike to any of the CDPHP Cycle! stations with an open spot.

There are over 400 bikes available at 80+ rack stations in Albany, Troy, Schenectady, Cohoes, and Saratoga Springs. CDPHP Cycle! operates from April to November each season.

You can go to cdphpcycle.com to download the app and get ready to cycle. Below, we've highlighted where to find bike rack stations in the Capital Region.

Where the Bike Rental Locations Are:

Find more things to do in Albany »