Empire State Plaza - Located in the Heart of Albany, NY

Visit the Nelson A. Rockefeller Empire State Plaza (ESP)! Located in the heart of downtown Albany, New York, the Plaza is a 98-acre complex of several state government buildings and convention centers. Built between 1965 and 1978, the Plaza is a spectacular capital center for visitors, state employees, and locals alike. Enjoy fountains, pools, an observation deck, year-round events, a museum, farmers market, parks, shops, theaters, fine art, and much more. 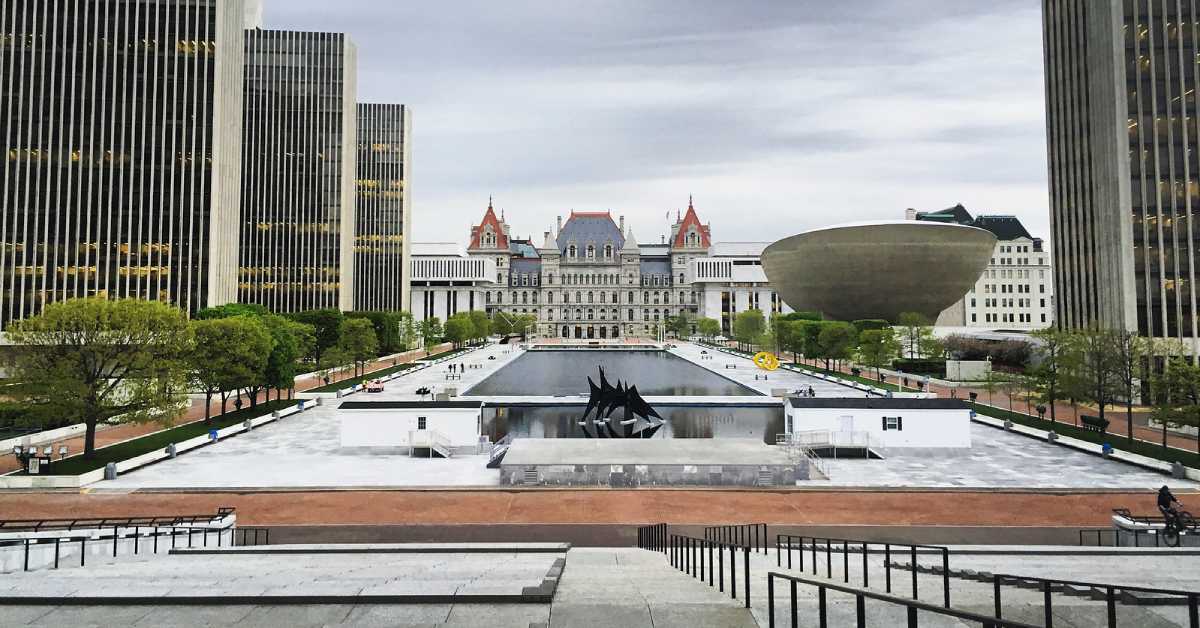 Parking: Limited paid parking is available at the Plaza or close by during weekday business hours. On-street parking is limited, but several parking garages are available.

Looking for something fun to do in the Capital City? Spend the day exploring the Plaza! Head to the Empire State Plaza Visitor Center in the North Concourse and learn the history of the Plaza and former Governor Nelson A. Rockefeller. Discover the unique architectural styles. View the ESP Art Collection and visit the Plaza Memorials, including the New York State Vietnam Memorial. 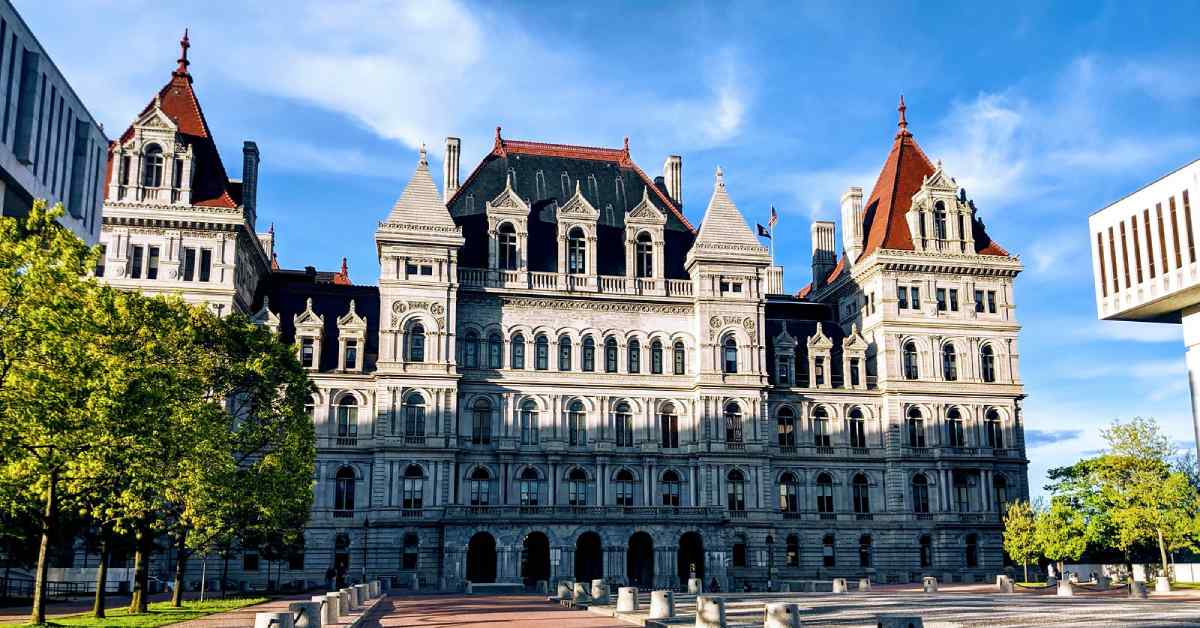 Enjoy a tour of the New York State Capitol in Albany. This building has served as the seat of government for New York since the 1880s. Tours are currently available Monday - Friday, 10am-12pm. Space is limited for the guided tours, and reservations are recommended but not required for groups of fewer than 10 people. For groups of 10 or more, contact the Plaza Visitor Center at 518-474-2418. Unvaccinated visitors to the Capitol are required to wear a mask during indoor tours.

Discover 92 paintings, tapestries and sculptures located in the ESP concourse, buildings, and outdoor areas. Said to be "the most important State collection of modern art in the country" by Glenn D. Lowry (Director at the Museum of Modern Art) the Plaza Art Collection is definitely worth seeing!

Catch a Performance at The Egg 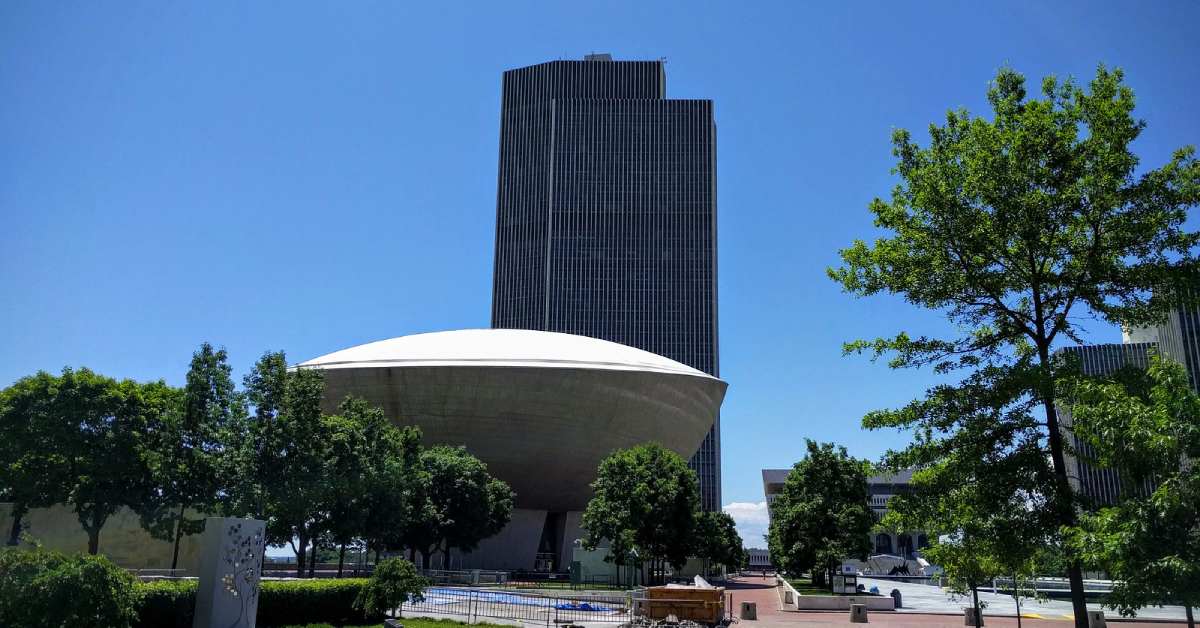 See the Sights From the Corning Tower Observation Deck

Open to the public, the Corning Tower boasts the best view of Albany! Head to the 42nd floor for spectacular views of Albany, ESP, Hudson River Valley, the Port of Albany, foothills of the Adirondacks, Catskills, and the Berkshires. Bring your ID! In order to gain access to the observation deck, you need to present photo identification at the Corning Tower Security Station. Anyone under 16 must be an accompanied by an adult with photo ID. Quick Fact: Made of glass and marble, the magnificent 42-story Corning Tower is the tallest building in New York State! (outside of New York City) 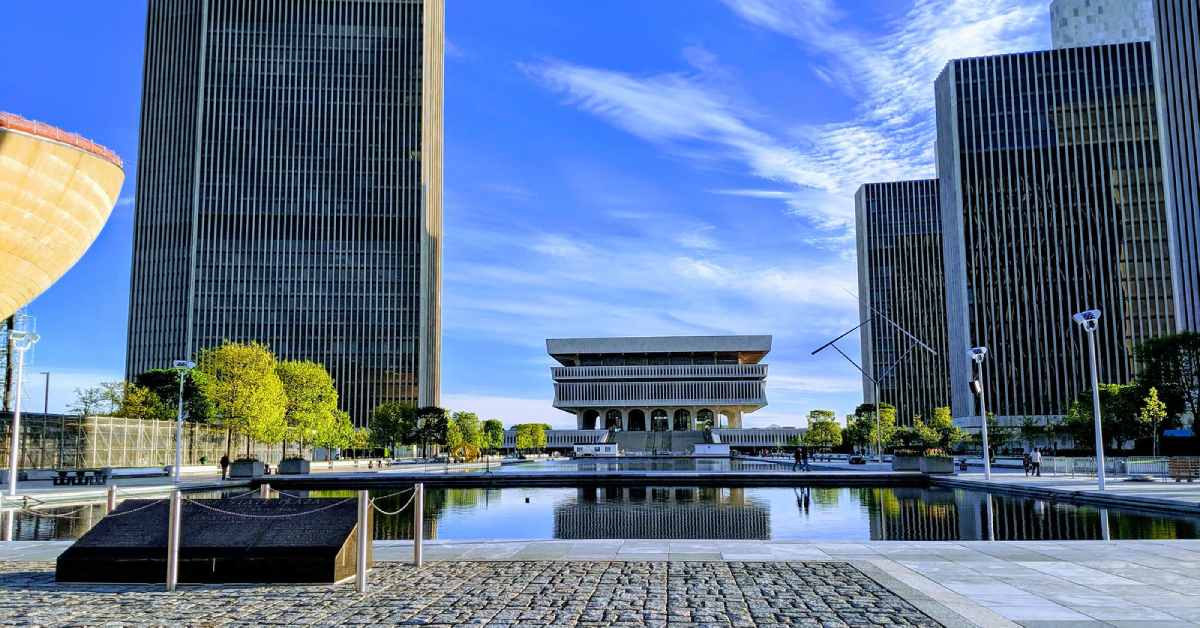 View countless and ever-changing exhibitions and collections at the New York State Museum. Dedicated to promoting knowledge in geology, anthropology, biology, and history, the museum is also a research location with dozens of scientists and historians directing projects.

Since 1875, The New York State Executive Mansion has been home to the state's governors and their families. The mansion can be found in Downtown Albany on Eagle Street. Tours are available for individuals and groups by appointment only. Please Note: if you would like to take a tour, it is required to make a reservation at least 2 weeks in advance and photo identification is required for all adults. 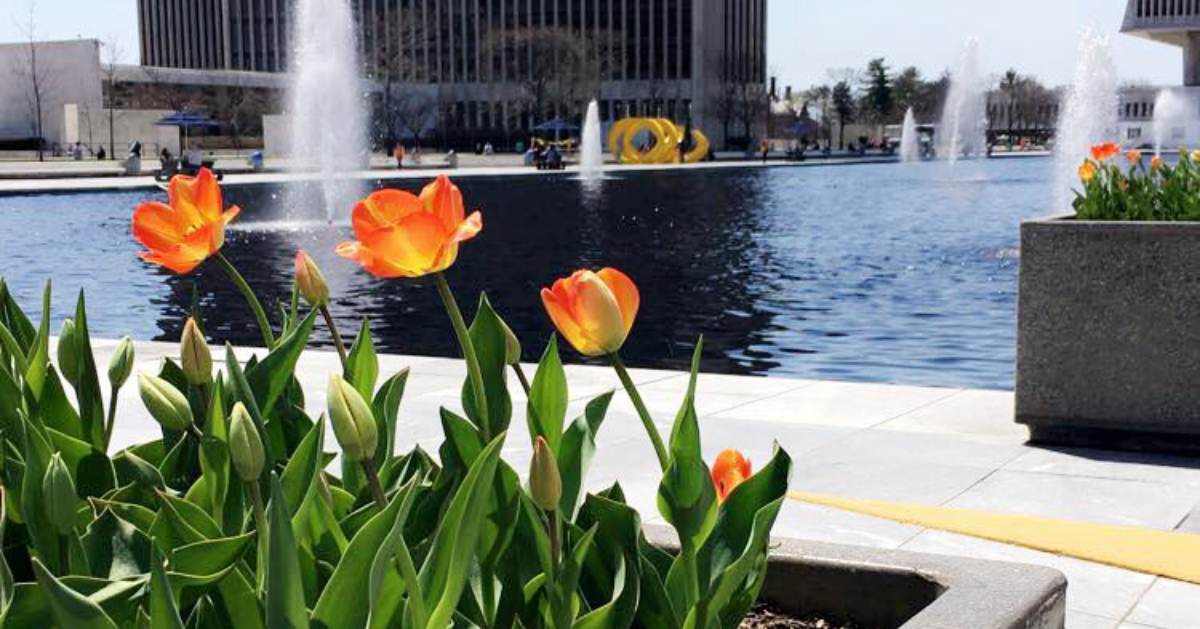 Visit the Empire State Plaza all year long to enjoy the many events, concerts, craft shows, and food festivals that are held there. Stop by during the warm weather months for "Summer at the Plaza," where you can enjoy a myriad of concerts and gatherings. You can also check out the outdoor Farmers Market from May through October.

In the winter, the Farmers Market moves inside the concourse for year-round shopping. You might also want to bring your ice skates when you visit during winter -- one of the reflecting pools is converted into an ice skating rink!

If you need to grab a bite to eat during your trip to Empire State Plaza, the concourse has an array of cafeterias and eateries from which to choose.

« Back to Albany Hotspots