Bring on the Barbecue in the Albany Area!

Barbecue or BBQ, fall-off-the-bone ribs or pulled pork - regardless of how you spell it and what your go-to meat choice is, if it's barbecue food you crave, then we've got it in the Capital Region.

We've rounded up six barbecue restaurants in the Albany/Schenectady/Troy area and broken down what they're known for and what kind of barbecue they specialize in. And, scroll to the bottom for a couple of bonus barbecue places in the Saratoga area. 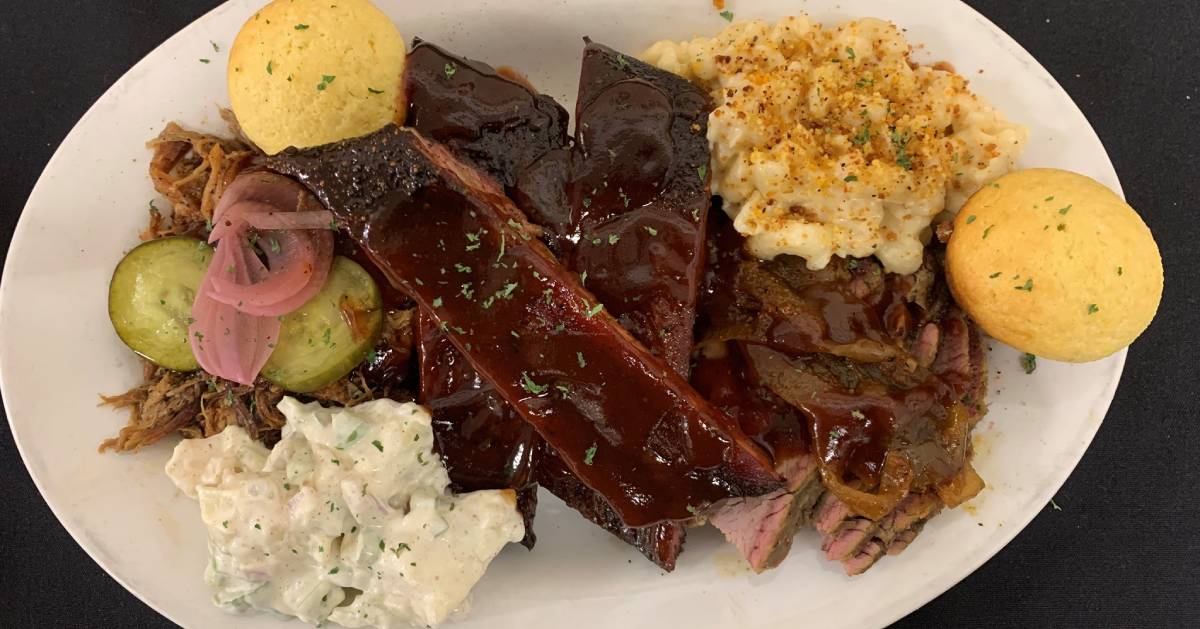 The Iron Works serves up loaded barbecue plates that include potato salad, beans, pickle, onion, bread, and barbecue sauce along with your choice of sliced beef, chopped beef, pulled pork, beef ribs, pork ribs, chicken, smoked turkey, and there are a few other options.

This barbecue hotspot specializes in ribs but also offers a variety of other meats as listed above, in addition to meatloaf.

Their "stick-to-your-ribs side dishes you crave" include mac and cheese, coleslaw, green beans, and creamed corn, to name a few.

What the People are Saying

"Their collard greens were freshly made...pulled chicken sandwich is a creation from heaven. Their cornbread is a slab of goodness. Everything I have gotten from there has been delectably satisfying." - Google reviewer

"I tried the ribs from here tonight and they were incredible. Best ribs I have had - fall-off-the-bone tender and great flavor!" - Facebook reviewer 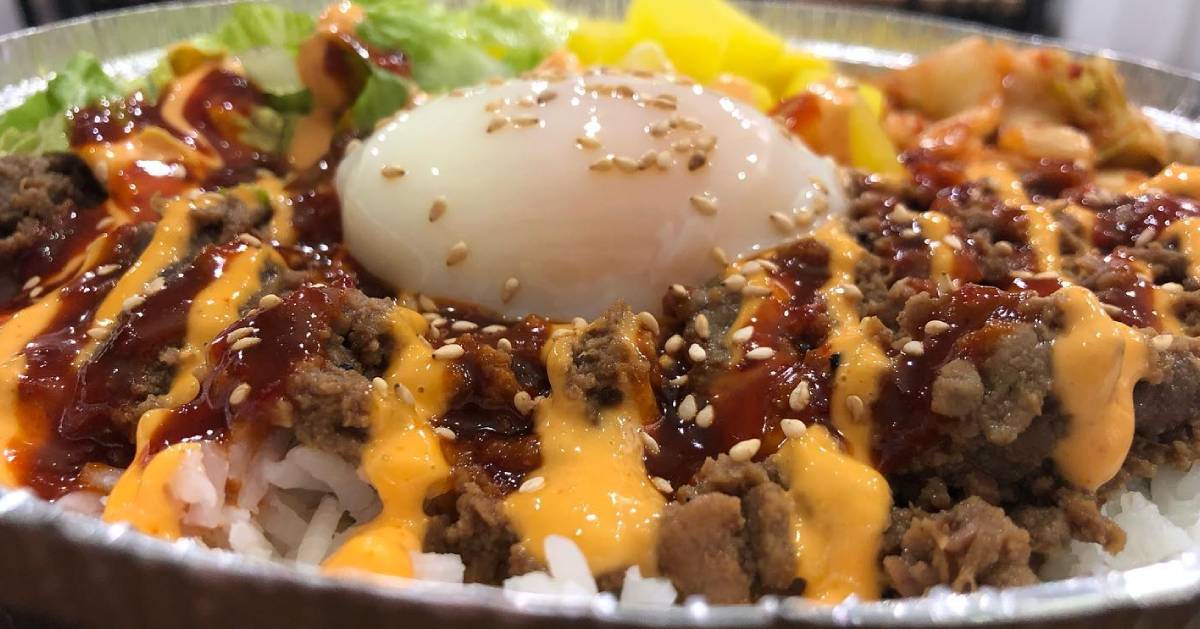 When barbecue and global cuisine come together, you have the perfection that is K-Plate Korean BBQ. Their famed K-Plate comes with bulgogi (marinated beef, and a signature Korean staple), rice, your choice of three side dishes, and your choice of three different sauces; there's also a hot-plate/spicy option.

You can't have Korean fare without kimchi! Try kimchi fries or fried kimchi dumplings. They also offer three kinds of tea, and Bubble Tea appears to be the favorite of guests, which comes in black, milk, coffee, honeydew, or taro.

"K-Plate is the best Korean barbecue I've ever had, by far. All of their menu options taste great, but my personal favorites are the spicy plate and the chicken wings." - Google reviewer

"There are 4 of us in my family and we each order our K-Plate differently. It's sort of comical placing the order - one wants extra rice/extra lettuce, one wants lots of sriracha mayo, and one wants no extra sauce at all. The order is always correct (no matter if we eat in or take out)." - Yelp reviewer

The Memphis King BBQ: Highly Rated Barbecue Restaurant With Amazing Dry Rubs & Sauce on the Side 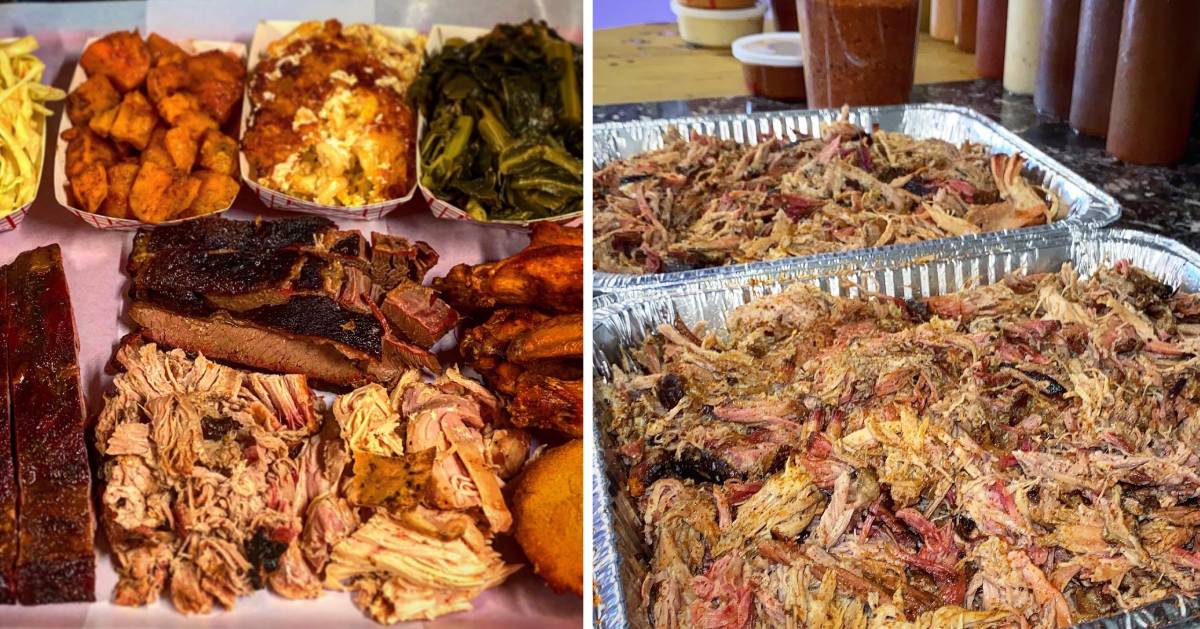 Memphis King BBQ, according to a 2019 configuration of Yelp reviews, is the #2 barbecue restaurant in Upstate New York. Memphis-style barbecue can be prepared "wet" or "dry," dry being with no sauce or the sauce on the side.

Indeed, Memphis King's smoked meat options all come with barbecue sauce on the side, and they have a variety of dry rubs to experiment with like sweet heat, lemon pepper, garlic parm, and Cajun. The fried chicken section of the menu also offers the meat dry rubbed or tossed in sauce.

Guests can't get enough of the mac and cheese and baked beans.

"For real - the best BBQ in the Capital Region. Stop reading this review right now and call them and order everything. Seriously." - Google reviewer

"All was amazing and lived up to the hype. House sauce is awesome. We had ribs, brisket, smoked wings, greens, slaw, and yams. 'EXTRAORDINARY' is putting it lightly." - Facebook reviewer 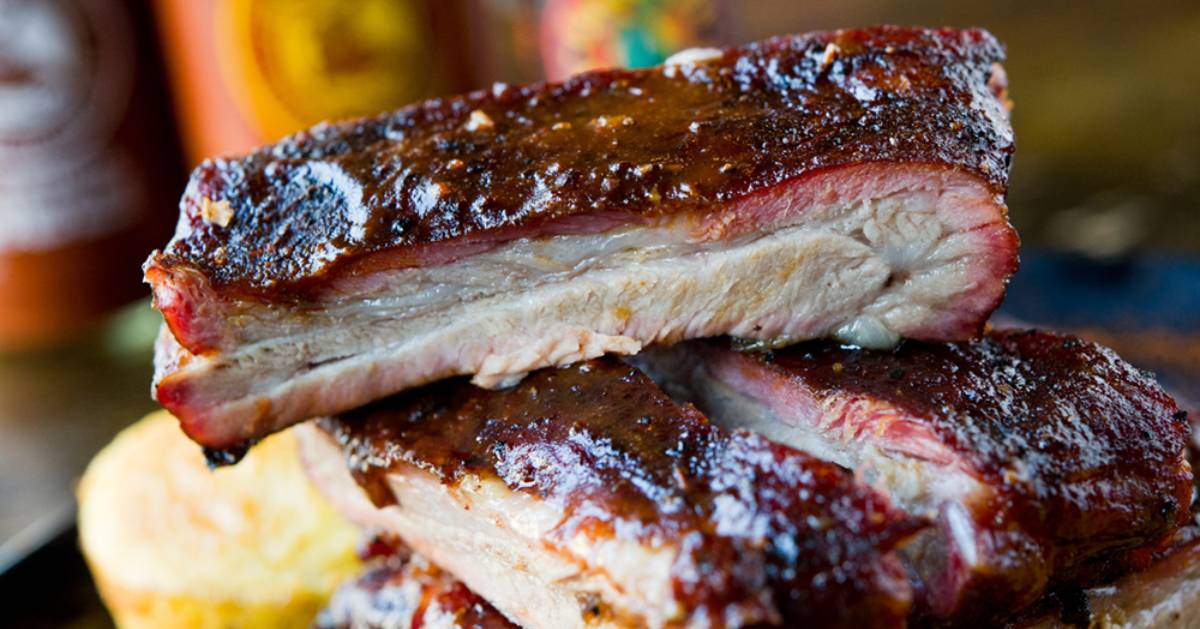 Dinosaur BBQ has seven locations in New York and New Jersey, but don't let the fact that it's a chain restaurant deter you. Their rack of ribs that comes in a 1/4, 1/2, 3/4, or full rack ensures guests come back again and again, along with their many other options.

They offer combo plates so you can mix and match ribs, pulled pork, brisket, wings, chicken, and shrimp. And, they have great seafood options with Cajun catfish, jerk salmon, and a drunken spicy shrimp boil. In favorable weather, enjoy your barbecue on their back deck with a view of the Hudson River.

Dinosaur BBQ does sides right with options like BBQ beans, BBQ fried rice, spicy cucumber salad, and mac and cheese. But, the fried green tomatoes are the secret star.

"One of my favorite places to dine. The BBQ chicken is mouthwatering and the fried green tomatoes are everything!" - Google reviewer

"Didn't realize it, but I ordered the same exact thing I ordered two years ago. And it was just as I remembered: tender, fall-off-the-bone ribs, smokey/sweet beans, and not-too-sweet coleslaw. And I got to sample the brisket and collard greens off my daughters' plates. They were equally delicious." - Yelp reviewer

This highly rated barbecue restaurant serves up sandwiches, dinners, platters, burgers - you name it! Enjoy their outdoor picnic-style seating, and make sure to grab to some soft serve ice cream after your meal.

"Attention all southern transplants: this place is the real deal. . .Brisket was pull-apart tender, with a great smoky flavor. The chicken was juicy and had a great rub that goes perfectly with their sweet but tangy BBQ sauce. The baked beans were made with molasses, as all good beans should be. And the mashed potatoes were great." - Google reviewer

"Best BBQ I've probably ever had. Brisket and pulled pork were out of this world. Mac and cheese as a side could've been a meal on its own. It was also arguably as good or better as the mac and cheese entrees at nearby Druthers and Tipsy Moose. The sauce selection really was the icing on the cake." - Yelp reviewer 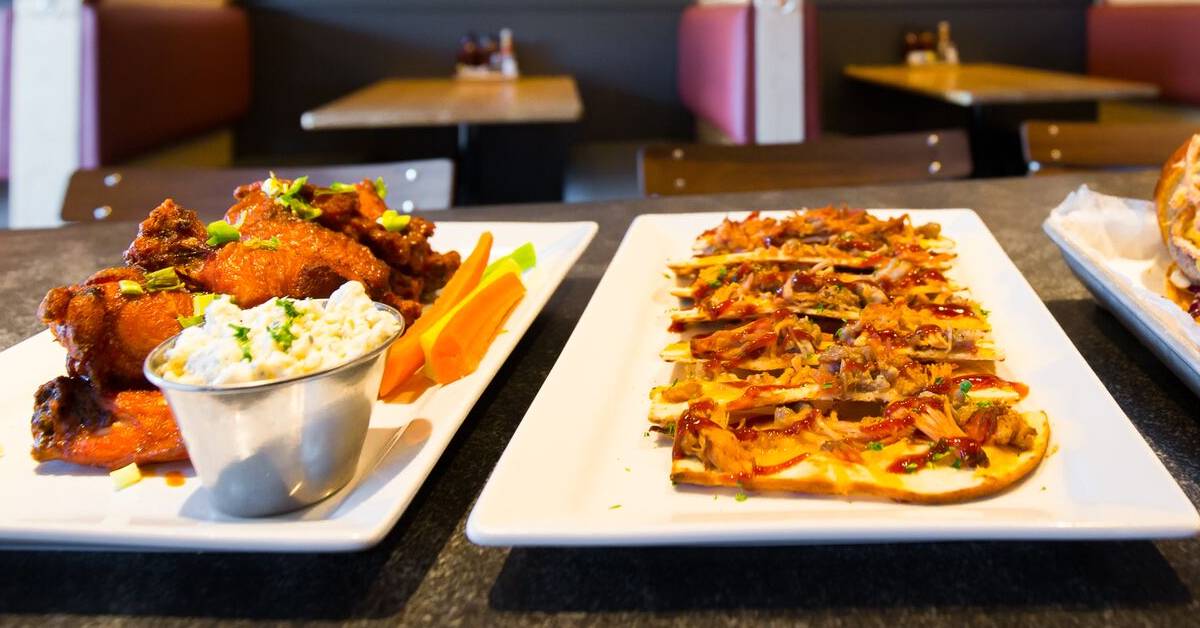 Here are some additional tantalizing options to consider: Southern Cheese Steak Sandwich, Smoked Brisket Reuben, New Porker, and Buffalo-style pig wings made of smoked pork belly, to name a few. They also have poutine with a beef gravy!

You simply must try the cornbread and sweet potatoes.

"The brisket fell apart and was really tender with no fat on it at all. Full of flavor and perfect smoke lines around the edges. The homemade barbecue sauces were delicious also. I love spicy and their spicy version brought a little sweat out which made me happy. Platter is served with 2 sides of your choice and a piece of cornbread the size of your head!" - Google reviewer

"The food was amazing and the staff friendly and professional, it was easy to see they take great pride in what they do. Integrity matters and it exists here." - Facebook reviewer

2 Honorable Mentions From the Saratoga Region

We tried to keep this list to Albany and Schenectady County, but would be remiss not to mention two top contenders in neighboring Saratoga County.

PJ's BAR-B-QSA: Signature Barbecue Fare From Across the Country 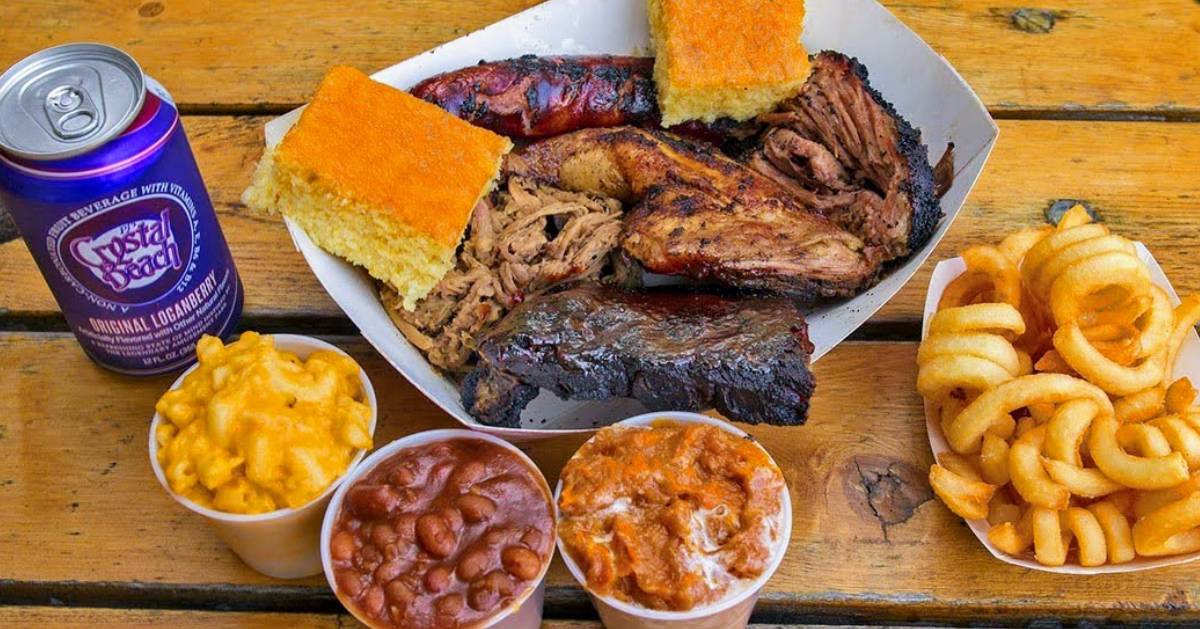 PJ's BAR-B-QSA isn't just a fun name to say. It's in reference to the fact that the owners thoroughly researched and sampled barbecue fare from across the U.S. to be able to offer the best of each region at their restaurant.

Patrons keep coming back to PJ's for the cornbread, grits, hush puppies, and Loganberry beer.

"I've been to many of the legendary BBQ places throughout the country and I can tell you without reservation, that these folks are right up there with the finest of them. The brisket burnt ends are a work of culinary art and the sides are fresh and wonderful." - Google reviewer

"The sauces are divine. The meats were really incredible - I tasted the burnt ends, Carolina pulled pork, Texas brisket, and regular pulled pork. The portions were adequate, prices reasonable, and experience was great." - Yelp reviewer

Miller's Backyard BBQ: The Food Truck You Will Want to Chase Down 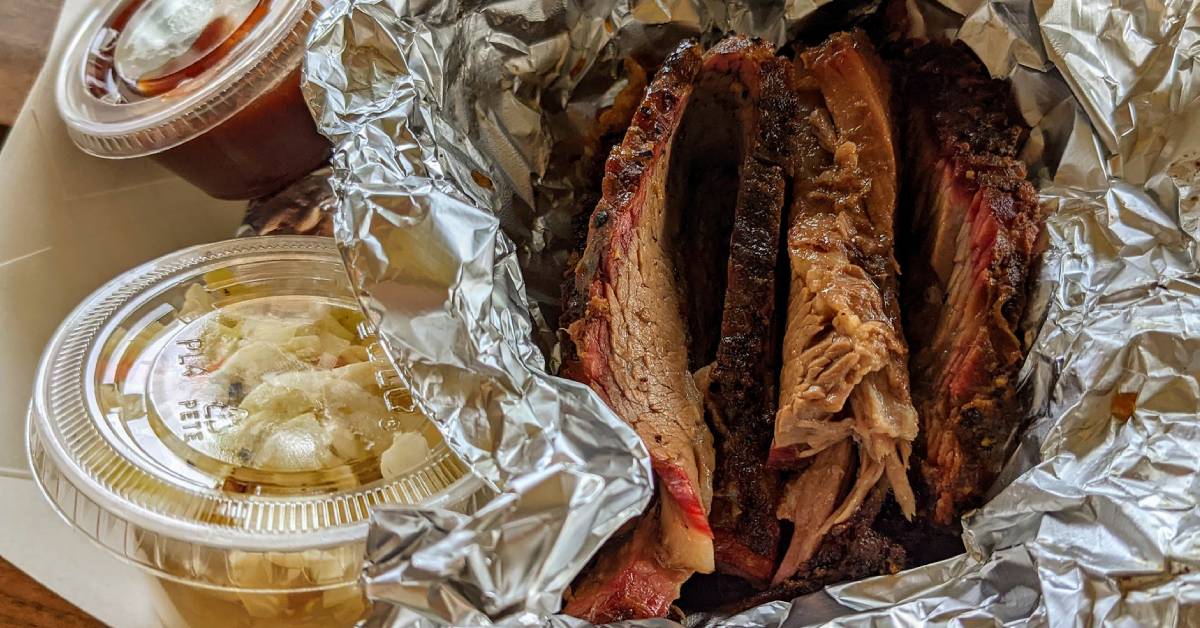 The menu is divided into ribs, chicken, pulled pork, beef brisket, and there are larger platters available that include all of the above. They also have a popular surf and turf option with lobster, and the moink balls are raved about.

Miller's Backyard BBQ is based out of Ballston Lake, but as a food truck they've set up shop at many places around the region - Argyle Brewing in Greenwich, O'Reilly Auto Parts in Mechanicville, and The Shirt Factory's Food Truck Corral in Glens Falls, to name a few.

Get their mac and cheese, coleslaw, and grape parfait.

"Just had the Brisket Chili and Rhodes Chicken Sandwich, it was incredible. I mean incredible. The chicken was perfection. I do not like coleslaw on anything, but this was just the right amount and the flavors were on point." - Facebook reviewer

"I have tried this BBQ numerous times at different locations, as they are a food truck that travels around. Everything that they serve has never left my family disappointed." - Google reviewer