Throughout the year, you'll have many chances to catch live music in the Capital Region - often for free! Check out these concert series and music festivals happening in and around Albany. 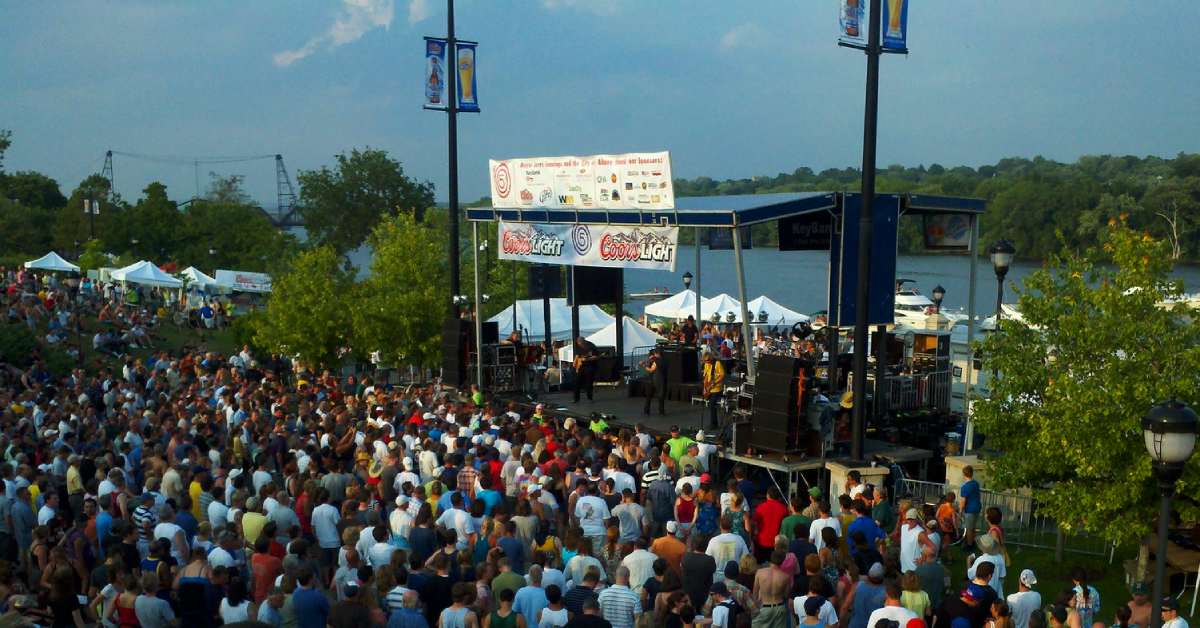 In the summer, Alive at Five in downtown Albany has fantastic lineups every Thursday from 5pm to 8pm, June through August. This free concert series has been happening since 1990 and has included many big names as well as upcoming performers. Concerts are held at the Corning Preserve's Jennings Landing in fair weather, and at the Corning Preserve Boat Launch in the event of rain.

Rockin' on the River

Rockin' on the River in Troy also takes place every summer and is completely free to attend. Concerts are every Wednesday from 5pm to 8:30pm, June through August. Head on down to Riverfront Park for a midweek break to enjoy live music right alongside the Hudson River.

As part of Summer at the Plaza, the Capital Concert Series includes free concerts on Wednesdays during July and August. Seating is available on the plaza's Grand Staircase, and there is free parking for the event in the East Garage. 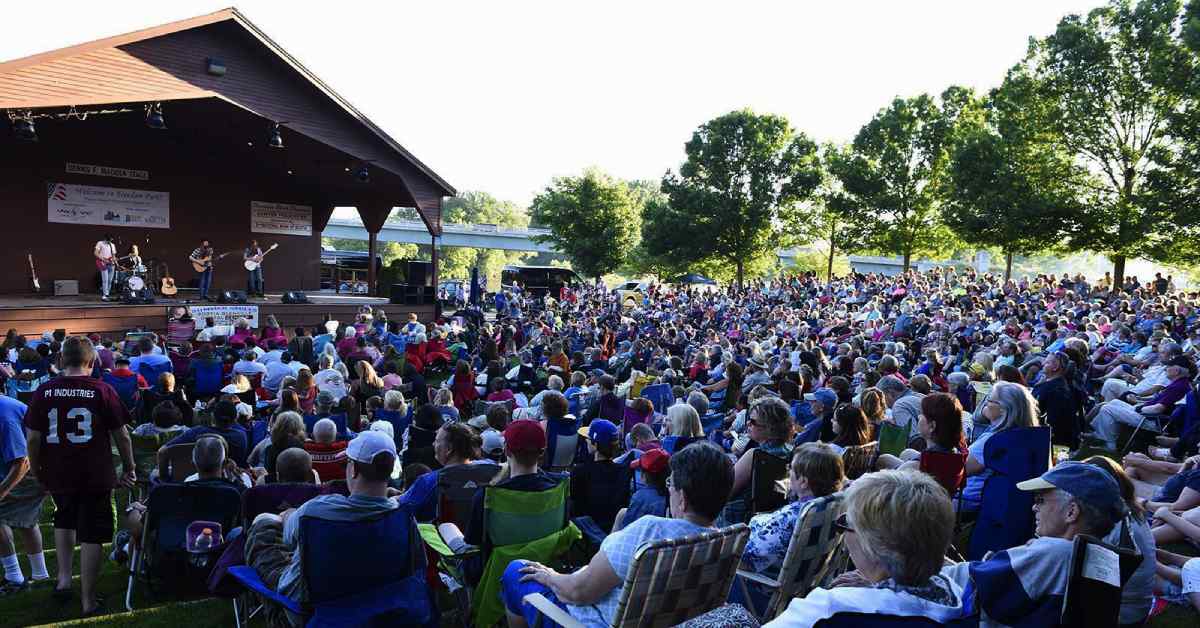 Photo provided by Freedom Park Board

Right along the Mohawk River in Scotia, Freedom Park hosts a free Summer Concert Series every year. Bring a chair or a blanket down to the park at 7pm on selected summer evenings to enjoy the shows -- there are usually a few each week. Concertgoers can also grab a bite to eat or a soft-serve ice cream from Jumpin' Jacks, which is right next door.

If jazz is your beat, you'll definitely want to check out Jazz on Jay in Schenectady. Throughout the summer you can gather on historic Jay Street between State and Franklin to hear a diverse lineup of jazz artists, including up-and-coming performers and those who have been on the jazz scene for some time. On Thursdays from 12pm to 1:30pm, June through August, you can enjoy a fun lunch break activity away from work!

Performing Arts at the Common

The Town of Clifton Park hosts Performing Arts at the Common every summer at the outdoor Clifton Common Stage. You can catch live music and performers on Sunday nights in July and August. There's also a Children's Series on Wednesday nights, which brings magicians and puppeteers to the stage as well! Performances typically start at 7pm, and you'll want to bring your own chairs and blankets. 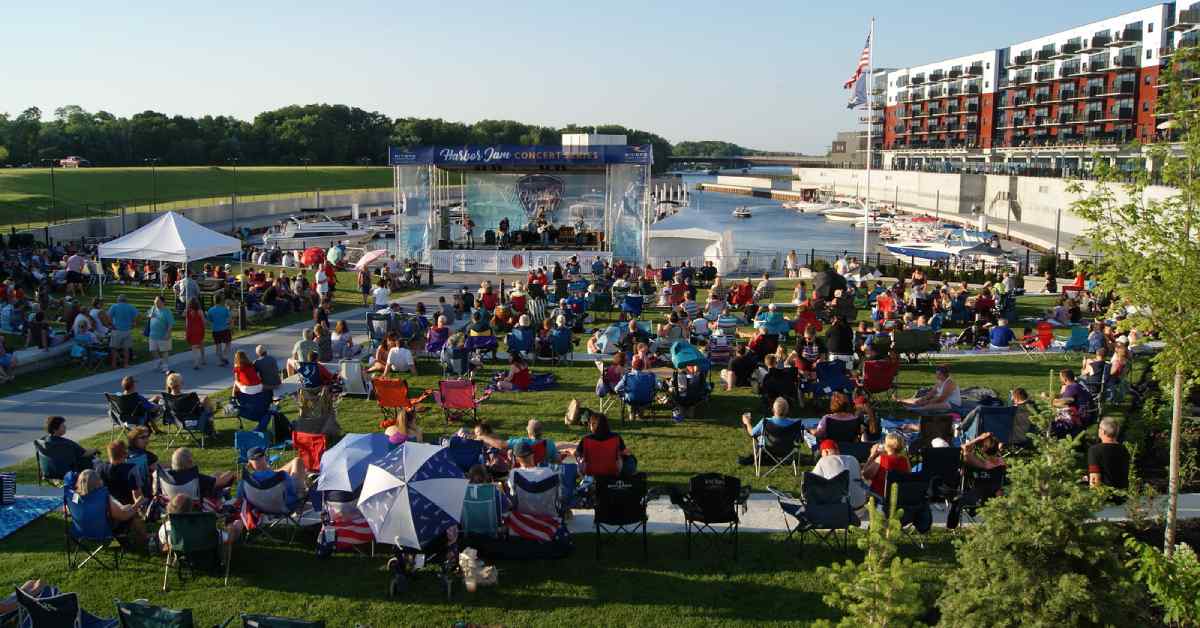 Founded in 2018, Harbor Jam is a concert series held by Rivers Casino & Resort at the Mohawk Harbor Amphitheater in Schenectady. Shows are on Saturday evenings in July and August, with free admission open to all ages.

The musical fun doesn't have to stop in the summer. The Albany Riverfront Jazz Festival has been held every September since 2001. This event features a diverse lineup of jazz artists, kids activities, fireworks, and more -- and it's free. The festival is held at Jennings Landing at the Corning Preserve.

Jazz enthusiasts won't want to miss out on this free, weekend-long jazz festival at Shepard Park - you can even listen from your boat on the lake! Held in mid-September every year, Jazz on the Lake showcases high-quality jazz artists and has been taking place since 1984. 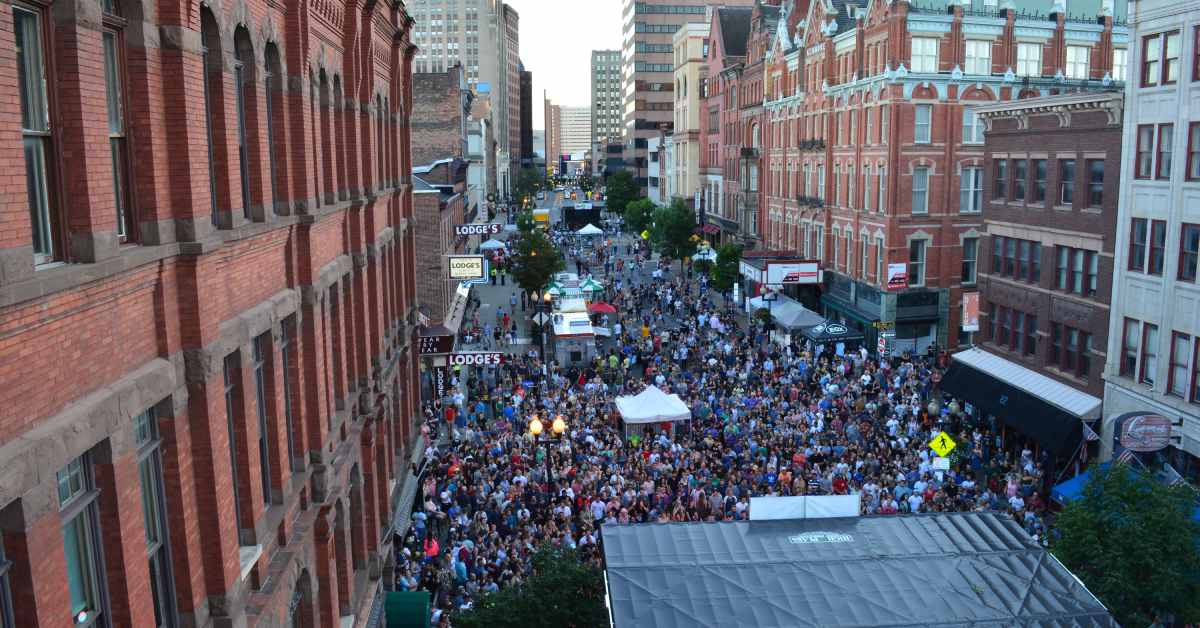 PearlPalooza, typically held in September, was founded in 2010. The free music festival takes over N. Pearl Street in downtown Albany with a mixture of nationally-recognized bands and local favorites. This all-ages event lasts the whole afternoon and into the evening, with local vendors and fun actvities, like YogaPalooza, adding to the excitement.

Many of the other festivals going on throughout the spring and summer months also feature live music, such as the Albany Tulip Festival and LarkFest.

For fun and unique year-round live music performances, check out many of the acclaimed restaurants and bars in the Albany area - there's always something going on! Check out our Guide to Live Music and Shows, or go straight to our complete event lineup of live music happening in the area.

You can also explore popular Albany music venues such as The Egg or The Times Union Center!