I have a habit of second guessing myself but to be fair, I have a habit of second guessing in general. I am trusting of people’s intentions, but I just think that whether it’s a mother, a doctor, or a preacher, it doesn’t matter – there is a huge margin for error. There are so many variables in life and even with all we know, we can still only talk in statistics and majorities because nothing works for everyone. I am blessed or cursed to never hear anything as fact. Every piece of information I hear goes into the suggestion box to be approved by intuition before being accepted as truth.

The way that I raise my children is not based on a belief system of what is best for all children, but it is a very individualized assessment based purely on these two little boys that God saw fit to make my responsibility. For instance, I don’t feel that there is a generic answer as to whether private school, homeschool or public school is best, because I believe that decision is specific to an individual child’s needs. I feel the same way about attachment parenting, breastfeeding, vaccinating, daycare, stay-at-home Moms, work-at-home, etc. The world is not black and white and within the shades of grey is the reality that what’s “best” isn’t always right for every situation. If only it were that simple…well we wouldn’t need mothers.

So what sparks this? My youngest son, who will be three in December, is diagnosed with Autism Spectrum Disorder and is currently receiving occupational therapy, special ed, and speech therapy several times a week, in-home. It has been suggested to me by his therapists that based on his diagnosis and uncooperative behavior he would progress best in a preschool program for special needs children. I have toured several of these programs and found one, in particular, that impressed me. The program is six hours a day, five days a week. As I have basically practiced attachment parenting, my son has rarely been outside of mine or his father’s care, and when he has, it has been almost always in our home and with a close relative. Because of his age and diagnosis, he does not communicate with language, and he is not aware of certain concepts such as the notion that if I leave him somewhere, I will return. 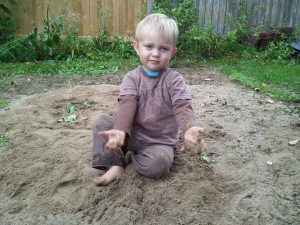 His therapists have made it abundantly clear that a special needs program would be best for him and have implied that it is an urgent matter as these early years are so important to his intellectual growth. Also, because my son struggles with inconsistencies or transition, a program can provide him with more structure than I seem capable of. These are all valid points, and when I weigh out the pros and cons, the scale is close to even, but tilting ever so slightly in favor of the fact that I don’t believe he is emotionally ready to be away from me that long. One could argue that I’m the one who isn’t ready, but having just dropped off my four-year-old at preschool, light years before I was ready, I can assure you that it is his well-being that I’m accounting for and not my own.

Sometimes I feel like I’m so wrong about this and like I’m wasting valuable months, weeks, days and that because of that he will struggle in ways he shouldn’t have to, and I will regret ignoring the advice of the professionals. I remind myself that for years the educated professionals treated autism in the most barbaric ways and it was only by the voice, no screams, of mothers that the medical profession looked deeper and offered answers. Children were ripped from their mothers, institutionalized and told it was in the best interest of the child. We now know that’s not the case, but only because of the mothers who refused to shut off the voice inside of them and believe the “facts”. 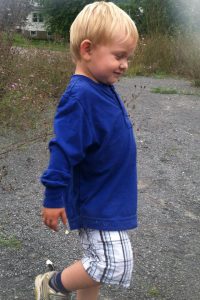 Parenting can sometimes feel like you’re lost in the wilderness with no sense of which way to go, and parenting a special needs child is like being lost after night fall. There is plenty of guidance out there, but not everyone understands where you’re trying to go. So, while their intentions may be good, if you are trying to get home, and they are bringing you to camp, they’re going the wrong way.

Today you are you! That is truer than true! There is no one alive who is you-er than you! -Dr. Seuss

I don’t know what tomorrow will bring, and I am in no way closed off to the idea of enrolling my son in a special education program where I believe he will progress in many areas, but there is a small and quiet voice inside me saying “not yet” – and that voice is my son telling me, in all the ways he knows how, that he’s not ready. I’m not saying it will ever be easy, but someday it will be right, and regardless of every statistic and every recommendation, I just don’t feel good about it…yet. And after all, Mother knows best….right?