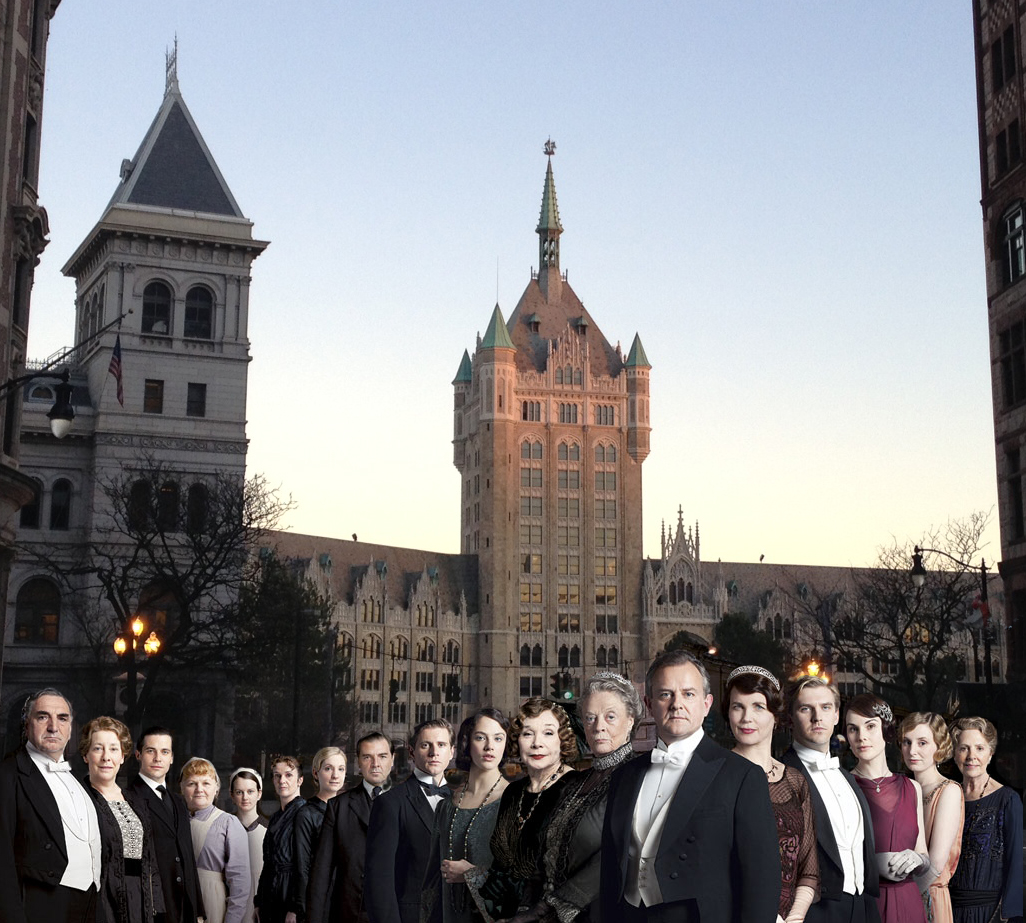 This past Wednesday, with the help of a five minute Photoshop job (don’t be too critical on my Magic Wand Tool chops), we posted the above image of the immensely popular Downton Abbey cast in front of SUNY Plaza, also known as the Delaware and Hudson Railroad Building (D&H Building / SUNY Administration Building) to our Instagram account (@downtownalbany). The photo was not only referring to the similarity in phonics, but also on the similarities that exist in the beautiful architecture present in both the show as well as our Downtown. The show takes place between 1916 and 1919 a unique period of history in both locations. 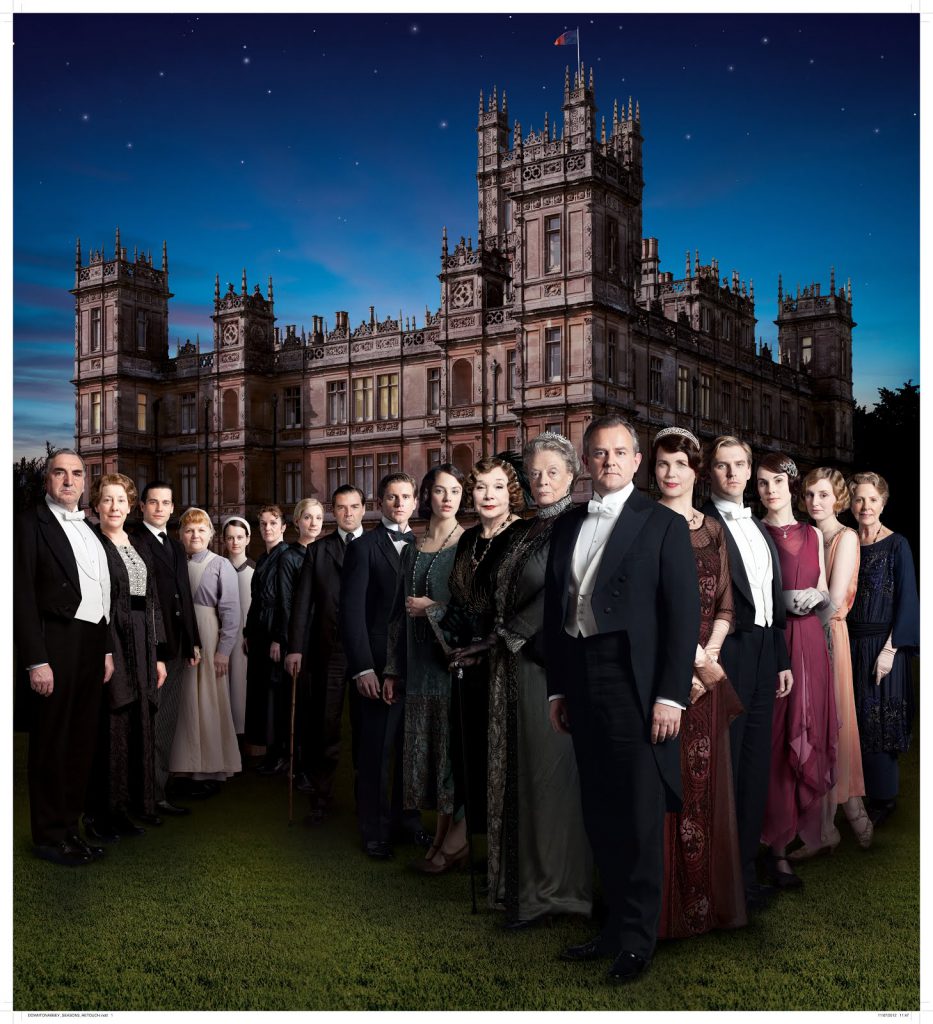 Highclere Castle, the stunning castle where the majority Downton Abbey’s scenes are shot, is considered Jacobethan, a particular style of Renaissance Revival architecture. To the left is the official Downton Abbey cast photo in front of the PBS hit’s filming location. The castle was also used as a main location for Stanley Kubrick’s Eyes Wide Shut, music videos, and more. 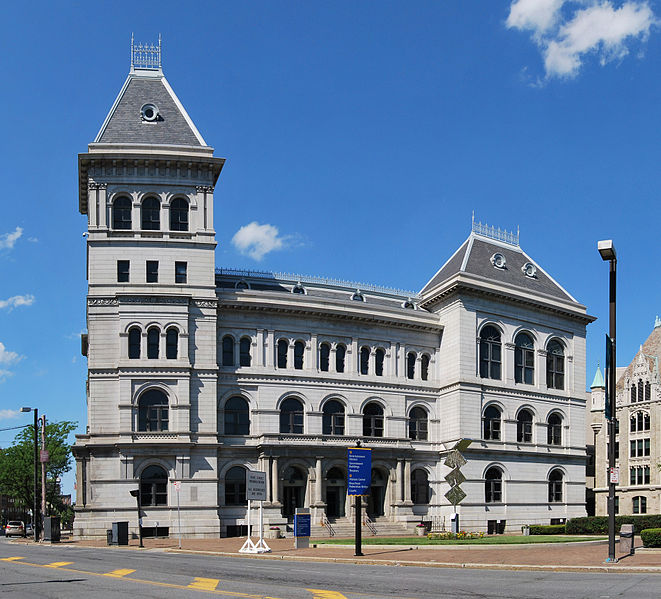 I thought that the Old Albany Post Office, pictured above, had a striking resemblance to Highlere Castle. Downtown Albany is considered a Historic District noted for its wide array of architectural styles, 400 year’s worth actually. The Old Post Office is also classified as a Renaissance Revival, not specifically Jacobethan, but the building has many similarities to the castle that houses PBS’s hit show.

Albany, and it’s Downtown in particular, promotes itself as a “film friendly” city. The architectural diversity that is present in our district is key in attracting the film industry to the area. In an effort to attract more film-making into downtown Albany, the Downtown Albany Business Improvement District (BID) and the Albany County Convention and Visitors Bureau (ACCVB) launched a video in summer 2012, titled Film Albany, designed to capture the attention of film makers world-wide.

Two major films, Salt and The Other Guys have had scenes shot in downtown Albany in recent years pumping nearly $5 million into to the local economy. According to the ACCVB, the two week filming period of Salt in May 2009 generated approximately $3.5 million of income into the Capital Region.

Who knows? Maybe our Photoshop job wasn’t far fetch. To the producers of Downton Abbey, if you are scouting additional locations, downtown Albany is excited to take your call!