Have you ever looked at a masterpiece like the Mona Lisa and thought to yourself “Yeah, I could do that”?

That’s the feeling you’re likely to get when you see Smokey Joe’s Café at Capital Repertory Theater. Watching the nine-member cast sing and dance is akin to watching da Vinci’s each and every stroke of the brush. Their voices and movement inspire even those of us only brazen enough to sing in the shower or alone in the car because, well, they make it seem so easy. 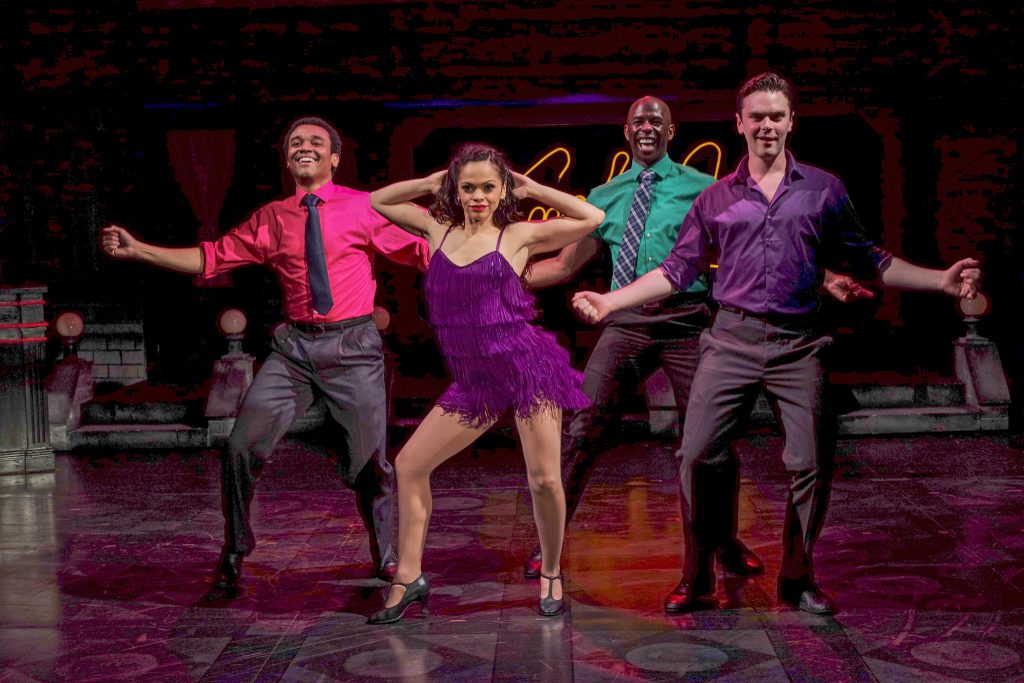 It’s comforting to think that it takes a lot of practice – or to at least hope it does.

For anyone not familiar with Smokey Joe’s Café, it’s worth mentioning that unlike many other musicals, there is no plot to follow. Instead, you are serenaded through dozens of songs by Mike Leiber and Jerry Stoller, whose names you might not know but whose songs you most likely do. Included in the 39 songs are On Broadway, Hound Dog, Jailhouse Rock, Fools Fall in Love, Love Potion #9, and Stand By Me.

Even without a theme more specific than the duo’s music, the cast interactions make for seamless transitions from one song to another, so your focus is pulled into the awe-inspiring vocals and choreography.

The fun-filled music will also inspire you to move – clapping your hands along, tapping your feet, trying to keep yourself from dancing in the aisles (though doing so is encouraged)… You know, things that typically accompany musicals.

Playing at Capital Rep until August 10, 2014, Smokey Joe’s Café makes for a great night out and is sure to evoke memories for those who grew up with the songs, and create new memories for everyone who attends.