Home / Events / 5th Annual Winter Warm Up at The Linda
PLEASE NOTE:
The information you are viewing for this event is from Saturday, Feb 2, 2019.
Please check back for updates.

5th Annual Winter Warm Up at The Linda

Stephane Wrembel is quite simply one of the finest guitar players in the world. The breadth and range of his playing and compositions are unmatched. The New York Observer said, "Stephane Wrembel represents the living face of Gypsy jazz." Rolling Stone Magazine has called him, “a revelation.” The New York Times says, "Perhaps the most creative improviser in Gypsy jazz today, Mr. Wrembel plays the guitar with a rich and colorful lyricism."

Wrembel— who learned his craft among the Gypsies at campsites in the French countryside— is a prolific, virtuoso guitarist from France has been releasing a steady stream of music since 2006 and has truly made his mark as one of the most original guitar voices in contemporary music.

On a mass-culture level, Wrembel is widely known for his composition and performance of Bistro Fada, the theme song from Woody Allen’s Oscar winning film and the Grammy Award winning soundtrack, Midnight in Paris.

The Winter Warm-UP! is designed to showcase unique and intriguing music and provide some relief to the mid-winter blahs. In addition to Wrembel, 3 other great bands, The Hot Club of Saratoga, Zack Cohen’s Beat/Swing Project, and Hot Tuesday, will dazzle & entertain and give you reason to get up and dance! A free Swing dance lesson will be provided by Jason Fenton prior to the show. 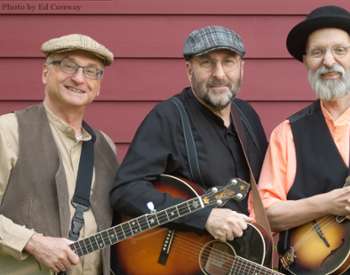