From Manufacturing City to Innovative Brainbelt: How Albany Became a Top Contender in the Chip-Making Sector 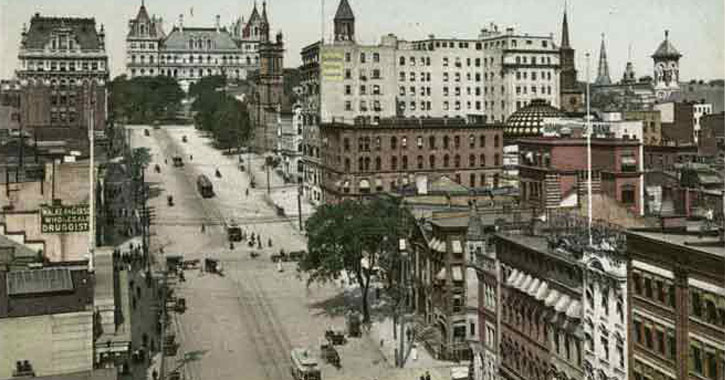 State Street in Albany during the early 1900s

Before becoming the major brainbelt it is today, Albany was considered to be a "rustbelt" - a hub for manufacturing.

During the 1800s, Albany was thriving in the manufacturing of stoves, agriculture machines, billiard balls, and perforated paper.

Nearby cities and counties in the Albany area specialized in their own manufacturing industries: Cohoes with cotton and knitting; Troy with iron, steel, collars, and cuffs; and Saratoga County with paper mills, tanneries, and timber.

The Decline in Manufacturing

Metropolitan areas like Albany needed to offset that loss with other jobs that paid high salaries like manufacturing did. While other rustbelts still struggle to recover from the decline of manufacturing, Albany was able to come out on top. Because of its great workforce, the close proximity to major cities like Boston and New York City, and a thriving eductional system, Albany made major gains in the high tech industries.

The Rise in Technology & Chip-Making

The decrease in manufacturing jobs was offset by an increase in technology areas, like chip-making, helping Albany to become the brainbelt it is today. Between just 2004 and 2008 over 4,000 jobs in high tech industries were created in the Capital Region.

Brainbelts encompass a skilled workforce and an advanced system of research universities. Brainbelt cities not only benefit the technology sector, but they become magnets for other dynamic companies and intelligent individuals to move in.

The area of technology Albany is focused on is chip-making - we now rival Asia in the chip-making industry. Researchers here are concentrating on developing a tinier, more powerful chip.

Why chips? These chips can be used to create the latest innovations in technology, such as with self-driving cars, which could help solve traffic problems in cities, reducing accidents, injuries, and deaths.

Authors Antoine van Agtmael and Fred Bakker highlighted Albany as one of the main brainbelts in the country in their 2016 book, The Smartest Places on Earth: Why Rustbelts are the Emerging Hotspots of Global Innovation. Van Agtmael and Bakker said, "We saw how a brainbelt like Albany can become a model for other areas and other industries." 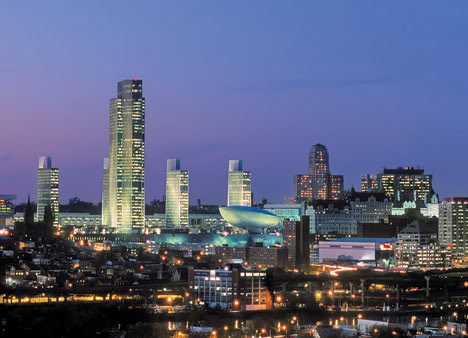 The SUNY Polytechnic Institute's Colleges of Nanoscale Science and Engineering - or SUNY Poly CNSE - is a $20 billion facility in Albany dedicated to chip-making.

"Connectors in brainbelts…do not merely have the interest and communications skills to make introductions and then go on their way," Van Agtmael and Bakker said about Alain Kaloyeros, the driving force behind SUNY Poly NanoTech. "They also have the vision to persuade others to embrace something that is beyond their radar screen and embrace that vision as their own."

Kaloyeros knew that industry companies relied heavily on research conducted at universities. But the relationships between these two entities were project-based and lacked a major, collaborative goal. This is where SUNY Poly CNSE comes in.

It is only through universities that companies that would otherwise be competitors can come together, pool their resources, and work collaboratively towards a common goal that will benefit not only their industry, but the entire economy of the brainbelt city.

Furthermore, SUNY Poly CNSE is the force behind a number of local startups and spinoffs such as Best Technologies, which develops more efficient lithium-ion batteries for electric cars.

Kaloyeros played a key role in developing the collaborative university program. He resigned from SUNY Poly CNSE in October of 2016, following an arrest on state and federal criminal corruption charges. His trial is scheduled for October of 2017.

GlobalFoundries in Malta is the second-largest independent semiconductor facility in world. About 3,200 employees work at this innovative company as of 2015, over half of whom are chemical, electrical, or mechanical engineers. The facility runs 24/7.

This innovative company has committed $10 billion to the creation of an advanced manufacturing facility, known as a "fab." The first stage of the facility became operational in 2012; in 2014, GlobalFoundries took over IBM's semiconductor manufacturing plants and property, and the company has continued working towards accommodating more fabs.

What is particularly great about GlobalFoundries besides their manufacturing of semiconductors is the fact that many of the company's major suppliers have relocated to the area, including Applied Materials, Tokyo Electron, and ASML.

In addition to SUNY Poly CNSE and GlobalFoundries Rensselaer Polytechnic Institute is a major contributor to the area's technological research. RPI has a solid reputation for transferring graduating students to the marketplace through their Emerging Venture System, or EVE. EVE is an incubator program that assists start-up companies through various services and mentoring.

Students come to RPI from all over the world, and this university makes it easier for emerging talent to stay in the area and create their own revolutionary companies, particularly in the technology sector.

What Does the Future Hold?

All three of the large brainbelt contributors noted above draw more companies and more educated, technologically-inclined people to the Albany area.

So much so, that we were named one of the top three places in the country to find a technology job in October of 2016, and why Tech Valley has become a hub of technological growth.

Looking for a job in the technology sector? Check out jobs available, employment services, and more »»