The Albany Pine Bush Preserve's pine barrens landscape is one of only about 20 in the entire world, making this remarkable local habitat globally rare. This preserve nestled between Albany and Schenectady consists of over 3,000 acres of land, nearly 20 miles of multi-use trails, and is home to a vast array of plant and animal life. 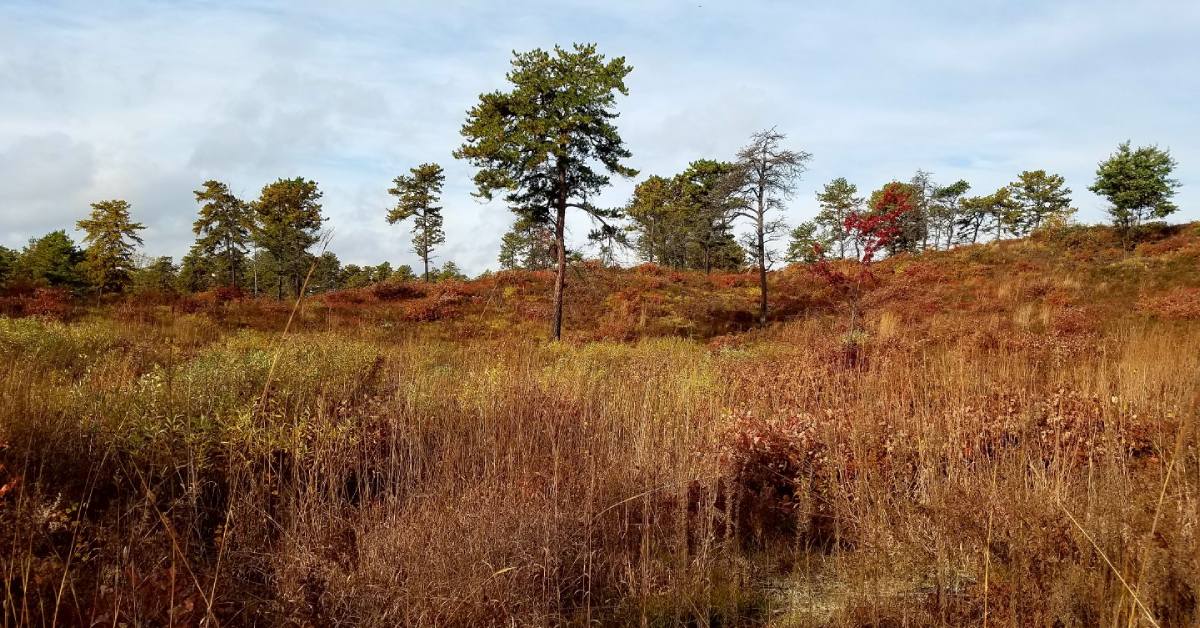 The Pine Bush was formed between 12,000 and 15,000 years ago after the drainage of a large glacial lake. This lake stretched all the way from Glens Falls down to Newburgh.

Part of what makes the pine barrens landscape so unique are the sand dunes - a truly unusual sight to see in Upstate New York. These sand dunes came about from water being drained from the lake, and they support the Pine Bush ecosystem today.

About 90 percent of the 20,000 acres of the Pine Bush has been replaced by residential, commercial, and industrial uses. The Albany Pine Bush Commission works with local landowners and the public to soften the impacts of development and fragmentation.

Today, the Pine Bush consists of over 3,200 acres of protected land. Thanks to the cooperation of landowners, more land is being added all the time, with the ultimate goal being 5,380 acres.

The Pine Bush is an official National Natural Landmark, a New York State Unique Area, and as of 2016, a Heritage Site as designated by the Hudson River Valley National Heritage Area. The Pine Bush is also a Bird Conservation Area and a National Audubon Society Important Bird Area. 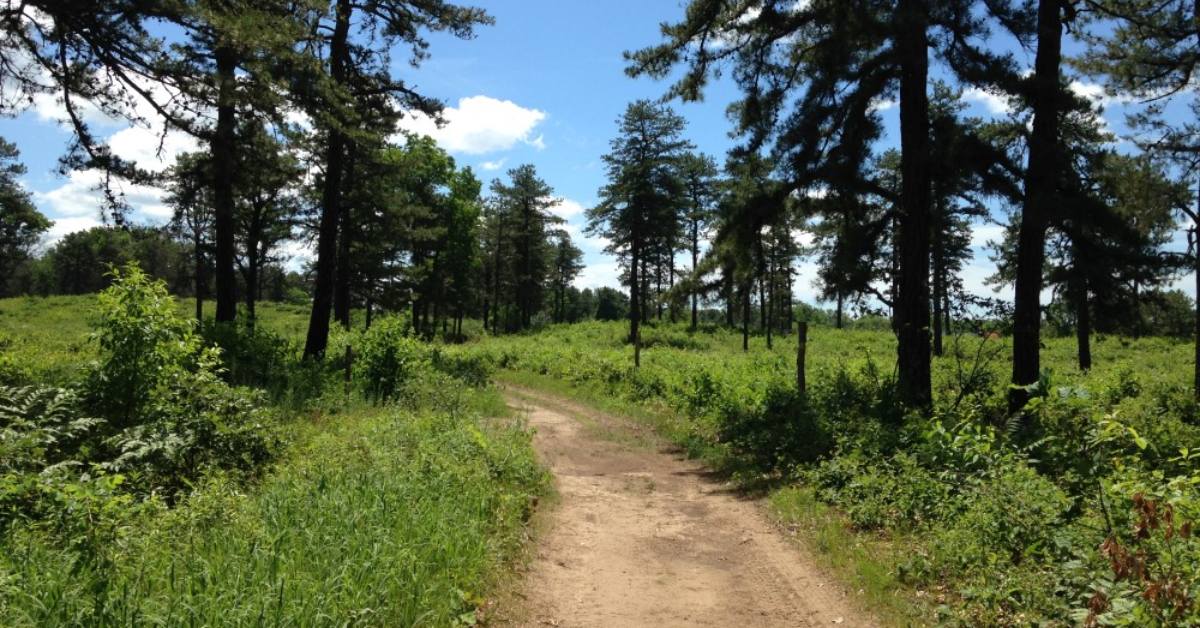 Roughly 18 miles of trails are used for hiking, jogging, mountain biking, birding, cross-country skiing, and snowshoeing – the trails are open year-round, although they can get icy in the winter; snowshoes or crampons are recommended. No motorized recreational vehicles are allowed.

The trails go through a variety of landscapes, including sandy areas, grass, and forest. Great for beginners, most of the trails are considered easy to moderate, with a generally flat topography.

The trails are subject to change as the Pine Bush works to preserve an ecologically friendly trail system.

In addition to the variety of recreational opportunities the trails provide, the Pine Bush is also sometimes used for horseback riding, hunting, and fishing. Hunting is highly regulated, particularly with the nearby houses and buildings. And fishing is limited, as most of the ponds don’t offer great fishing opportunities. The best bet for those fishing is at the eastern end of the Preserve at Rensselaer Lake. 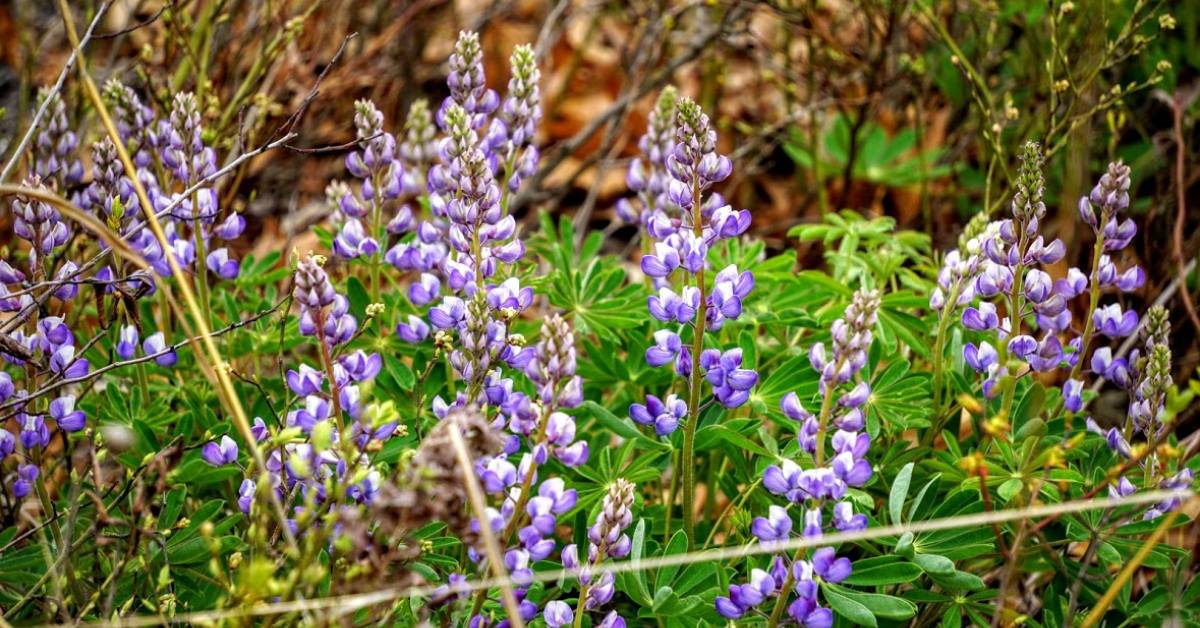 The Pine Bush is home to more than 1,500 plant and animal species. These include 76 different wildlife Species of Greatest Conservation Need, as well as more than 20 at-risk species – this is considered to be very impressive for a fairly small, semi-urban preserve.

The Pine Bush is probably best known for its protection of the federally endangered Karner Blue Butterfly. In 2015, it was announced that the butterfly is making a significant comeback at the Pine Bush, and in other areas as well. The Pine Bush is home to the aforementioned wild blue lupine flower, the only food Karner blues eat in their larvae state.

Each invasive species brings its own trouble. For instance, the oriental bittersweet is a vining plant that chokes out surrounding vegetation and trees; seeds are easily spread by birds and other animals, making it difficult to eradicate.

Finally, the Pine Bush is also home to ticks, so hikers and others enjoying the area need to take the necessary precautions and check themselves regularly. 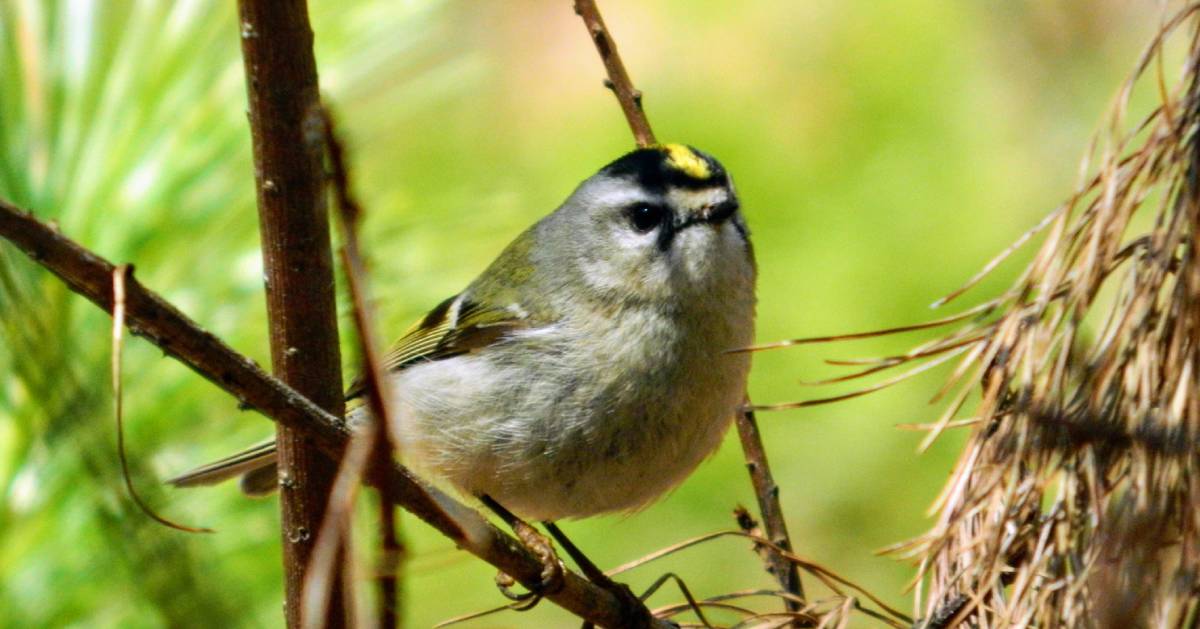 More than 200 species of birds make their home at the Pine Bush! Some live at the preserve all year, and others stop by as they migrate through the area. The Eastern towhee, American woodcock, Prairie warbler, Indigo bunting, Great horned owl, and Red-tailed hawk are just some of the species you might come across. The Pine Bush is an official Bird Conservation Area and Important Bird Area.

The Pine Bush regularly conducts several research and monitoring projects, including on birds. Bird banding happens during fall migration, when ornithologists fit a small, individually numbered tag to the leg or wing of a bird to keep track of its movements. Anyone who catches the banded birds will be able to pull up the data.

Other monitoring projects include: temporal changes in the bird community, bird productivity and survival as a means of assessing habitat quality, acoustic monitoring of nocturnal migration of birds, and Prairie warbler movements during the non-breeding season.

Birds like the Prairie warbler are studied extensively by the Pine Bush. This small yellow bird's presence is considered an indicator of high quality pitch pine-scrub oak barrens; this particular species heavily depends on the Pine Bush habitat, and their numbers tend to spike about four to five years after a controlled burn is conducted. This is partially how the Pine Bush staff knows how often to implement the controlled burns (more on controlled burns below!).

Interestingly, the Pine Bush is considered to be a fire-dependent habitat, requiring frequent fires for maintaining significant species. These fires used to happen naturally, on their own, or sometimes as a result of lightning.

Native Americans passing through the area also applied fires to increase food supply, as more nuts and berries grew after a fire; it also allowed them to drive game for hunting. However, natural and intentional fires were suppressed in the 1940s because of the urbanization of the area.

When there are no controlled fires, the pitch pine canopy can close, harming and reducing grassy areas as the scrub oak becomes too dense. Native species can be eliminated. When this happens, it actually creates a condition that can lead to devastating wildfires that threaten the wildlife and surrounding properties. One such fire occurred in the early 1980s that burned several hundred acres and damaged power lines nearby.

After that catastrophic fire, in 1988 the New York State Legislature created the Albany Pine Bush Commission, placing them in charge of coordinating a Fire Management Plan.

Today, controlled burns are able to imitate the natural fires that happened long ago. Controlled burns typically happen every year, with a fire returning to a particular spot once every 5 to 20 years. There is not an exact schedule of these prescribed fires, because when, how, and where they happen depends on the weather and fuel conditions.

To learn more about the controlled burns at the Pine Bush, check out this video.

The Discovery Center is essentially an interactive visitors center, acting as a gateway to the Pine Bush. It’s geared toward introducing and educating the public about the preserve. Here, visitors can find trail information, plant and animal field guides, and so much more.

A valuable facility for local schools, the Discovery Center offers classroom space, a teachers resource center, and a gift shop with educational materials.

The Discovery Center always has fun events going on, with many of them family-friendly. These events include lecture series on topics like how to identify plants, or learning about how beetle communities recover and recolonize after controlled fires. And, there are educational walks and hikes, often focused on learning about and looking for a particular species.

Many short-term and long-term opportunities are available. Check out programs like the Volunteer Natural Program, focused on environmental education, or the Certified Seed Collector Program, which involves gathering native seeds to maintain and preserve the Pine Bush for many years to come.

Those interested in volunteering or learning more about the various programs at the Albany Pine Bush Preserve can call 518.456.0655.

<< Back to Albany Parks